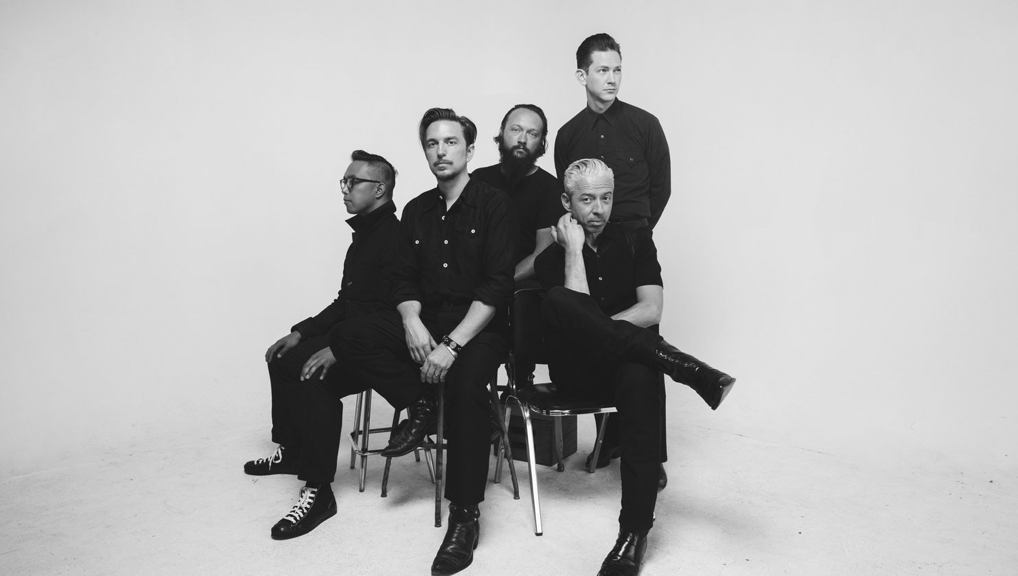 “When I’m at home, I’m in full dad mode. I try to be as present as I can at home,” says JD McPherson, who recently released his third critically-acclaimed stunner, Undivided Heart & Soul, via New West Records. “I love my family. Becoming a father makes you really have to hustle, to think about keeping food on the table. We got started touring after I had started my family, and there was definitely a period of adjustment where I wondered if it was even worth it.” McPherson admits that though his schedule has been difficult, it’s gotten more manageable as the time passes. “The first year I was out, we played 250 shows. It was really tough. Luckily, every year that goes by, it gets more comfortable,” he continues. “If it wasn’t for modern technology, FaceTime and all of that, I don’t know if I could do it.”

Though they’ve attempted it, taking the family on tour isn’t really a viable option for the McPhersons, and the daily schedule usually isn’t really conducive to having quality family time. “You get to bed late, wake up early, loading in, unloading. Green rooms aren’t always green on purpose, sometimes they’re green because of rot and mildew,” he describes. “It’s not the most glamorous job in the world. One time, we opened for Dave Matthews, and we took the girls to that, it was a really nice and luxurious experience. Everyone generally knows that when dad’s working, it’s not the most fun thing to be doing. They’d just as soon stay at home,” he laughs. “They went with us to a couple of late-night t.v. things, and that was really fun. It’s just part of their lives, they’re pretty used to it.”

McPherson is currently enjoying introducing his oldest daughter to the finer points of his carefully-curated record collection. “She’s just now starting to get into music that’s not just pop music; I’m trying not to push anything on her because that means she probably won’t listen to it, but she’s starting to discover things on her own,” he reveals. “She asked me the other day what was the best Beatles album, and I was like ‘Oh my gosh!! What do I say?? Do I feed her what she might like right now, or do I spring the ‘White Album’ on her yet??’” he adds with a laugh. “It’s really fun, remembering what you liked when you were a kid. I’m not trying to talk them out of liking pop music or anything, but if they want to find more, it’s available, we’ve got lots of records at the house to dig through,” he says. “There’s a great big world out there.”

[JD McPherson is currently on tour; tonight, the band will be in Toronto, with stops in Buffalo, Cleveland, Detroit, Chicago, and Louisville before he plays for his adopted hometown crowd in Nashville on November 18th. For information and tickets, click HERE.]