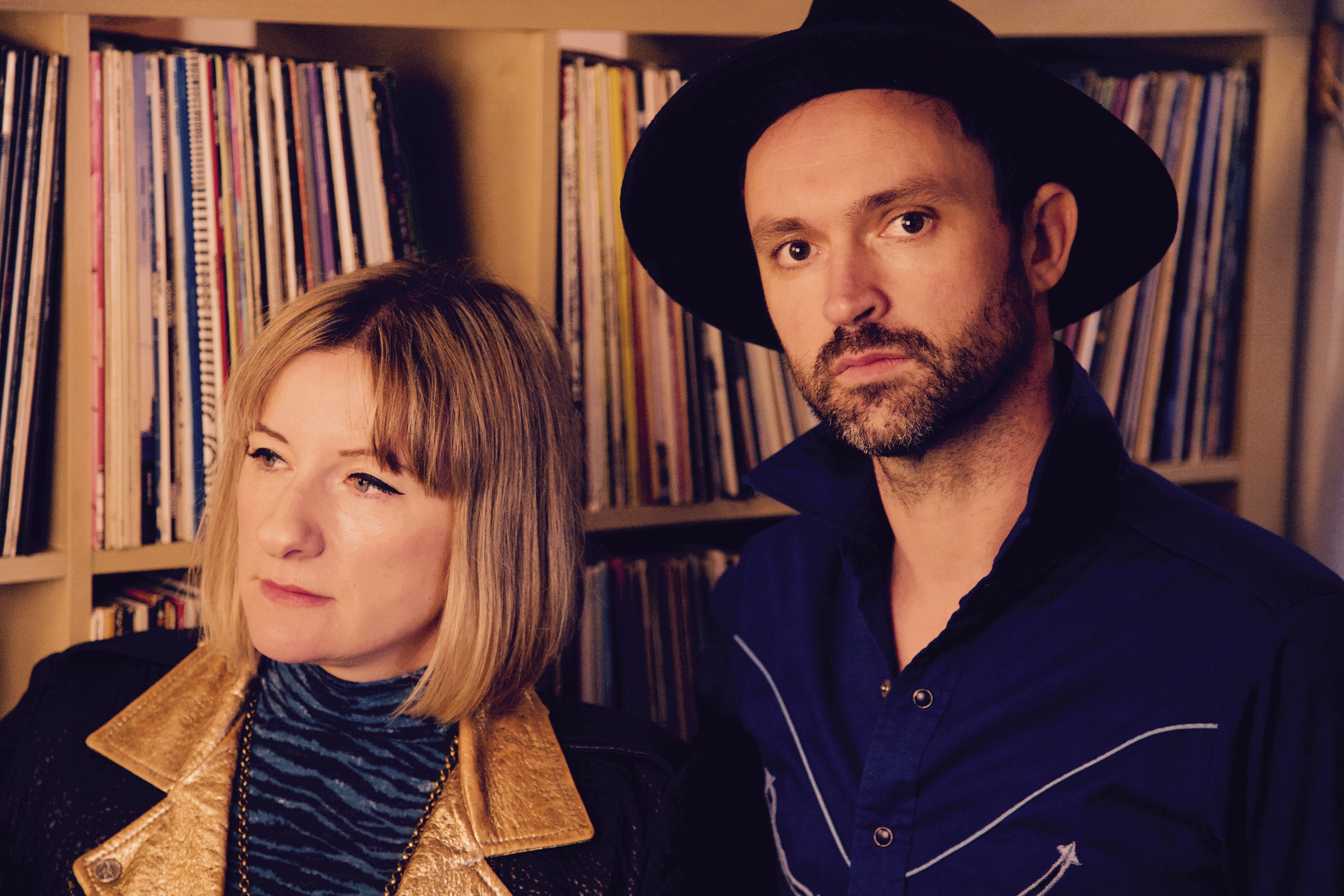 “We knew we were going to be good friends,” says Jack Sandham of his bandmate, Wednesday Lyle. The pair met when Sandham crashed a party at Lyle’s house, and together, they formed British roots rock duo Cowbell. “You know when you meet somebody and you hit it off really well, you have good arguments about music? I think she was really into Radiohead at that time,” he continues. “I just wasn’t having it.”

Lyle, music lover and collector, didn’t play an instrument at the time of their meeting, but that wasn’t about to stop her. “She has natural ability—one night she was drinking with me and some friends, got behind a kit, and just had something,” he recalls. “For our third gig, we were opening up for some really accomplished blues guys, and their drummer didn’t turn up. She sat in with them until he showed. She was like a duck to water.”

Together the pair make rockabilly-esque country blues rock (if that’s not a genre, it is now). “In the beginning, it was generally lead by what we could play,” he laughs. “We veered towards rockabilly and psychobilly eventually—we both love The Cramps, and all the old Sun Records stuff, and lived all that out for a while. I’ve still got some pointy leopard skin boots which I’m pretty proud of.”

Cowbell releases its new album, Haunted Heart, on June 2nd, an 11-song collection of rip-roaring, slinky guitar lick-driven rockers. Recorded to tape, the track subjects vary but are encompassed by the title track. “They’re not all love songs, but something or somebody’s getting spooked in each one,” he says. “It doesn’t get too somber, there’s some fun rock n’ roll on there too. We want people to get buzzed from our music. We want them to be moved.”

As for genres, they fit into several, and that’s just fine with them. “I don’t mind genres, as long as we get put in the right ones!” Sandham laughs. “I was looking at something the other day, and it was classified as ‘indie.’ I was like, ‘Well that’s not very good is it? What does that even mean?’ We’re not trying to be very American either, wearing cowboy hats all the time—though I occasionally do, but you know what I mean. Sometimes it seems like some bands become a fancy dress act, and it’s not very real. We’re just English people doing an honest thing,” he adds. “We’re not trying to be anything else.”