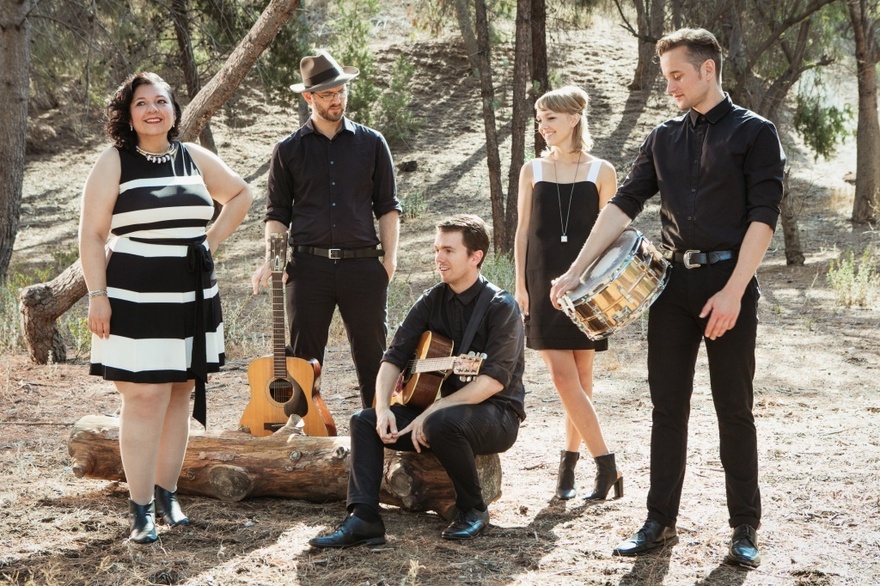 “We’re a party band. We’re there to get wild and dance and stir things up. We don’t sing a bunch of ballads. The goal is to crank things up and make people have a good time,” says Will Wadsworth, singing drummer and founder of Los Angeles-based roots collective The Eagle Rock Gospel Singers, who are taking their infectious brand of wild, electric energy to venues and festivals around the country this summer.

The strength of the group’s debut full-length album in 2015, Heavenly Fire, released via Ba Da Bing Records and produced by Matt Wigfall (Cold War Kids, J. Roddy Walston and the Business), has landed them high-profile gigs such as the 2015 Austin City Limits Music Festival. The band has shared stages with the likes of The Strokes, alt-j, CHVRCHES, and Drake. That’s right, Drake.

Several years ago, Wadsworth found himself dissatisfied, and decided it was time to make a change. “I got involved in some music that was really cool, but my entire heart wasn’t wrapped into it the way I felt it needed to be if I was going to put all of my time and energy into it,” he explains, “I did some personal inventory, and thought about what I was passionate about music-wise and faith-wise; I’ve always liked blues and folk gospel and I came to the conclusion that I should try gospel-oriented music.” He and roommate Jeremy Horton began having parties that turned into old gospel sing-alongs and jam sessions with a crowd on a monthly basis. “We started doing them more frequently, then we decided to record and play out. It just snowballed from there,” he adds.

The band is comprised of Wadsworth, Horton (guitar, vocals), Kim Garcia (vocals), Andrea Chita (vocals), and Kevin Collins (guitar), and take their organizational inspiration from Levon Helms’ The Band; “Jeremy has a great voice, is a great guitarist,” says Wadsworth. “Kim has a really powerful and soulful voice. We take turns writing and singing lead, it makes you feel like you’re in someone else’s band every other song, it’s a cool dynamic.” If old blues, country, and folk gospel are the bricks that built their musical house, soulful rock n’ roll is the mortar that fuses it all together.  “It all comes from a similar place,” says Wadsworth. “There’s been a lot of crossover over the years. We respect and look up to The Staple Singers, they were an awesome example of that.” In fact, the group recently released a fantastic tribute to The Staples Singers, a three-song EP called Hammer and Nail.

Wadsworth says the band is beyond excited to come to Nashville to perform at The High Watt on June 21st. “I’m enamored with the musical history of that whole region of the country. I was born in Tulsa, and I grew up with old country music. I love the South and Southern music,” he says. “I can’t wait to get there.”