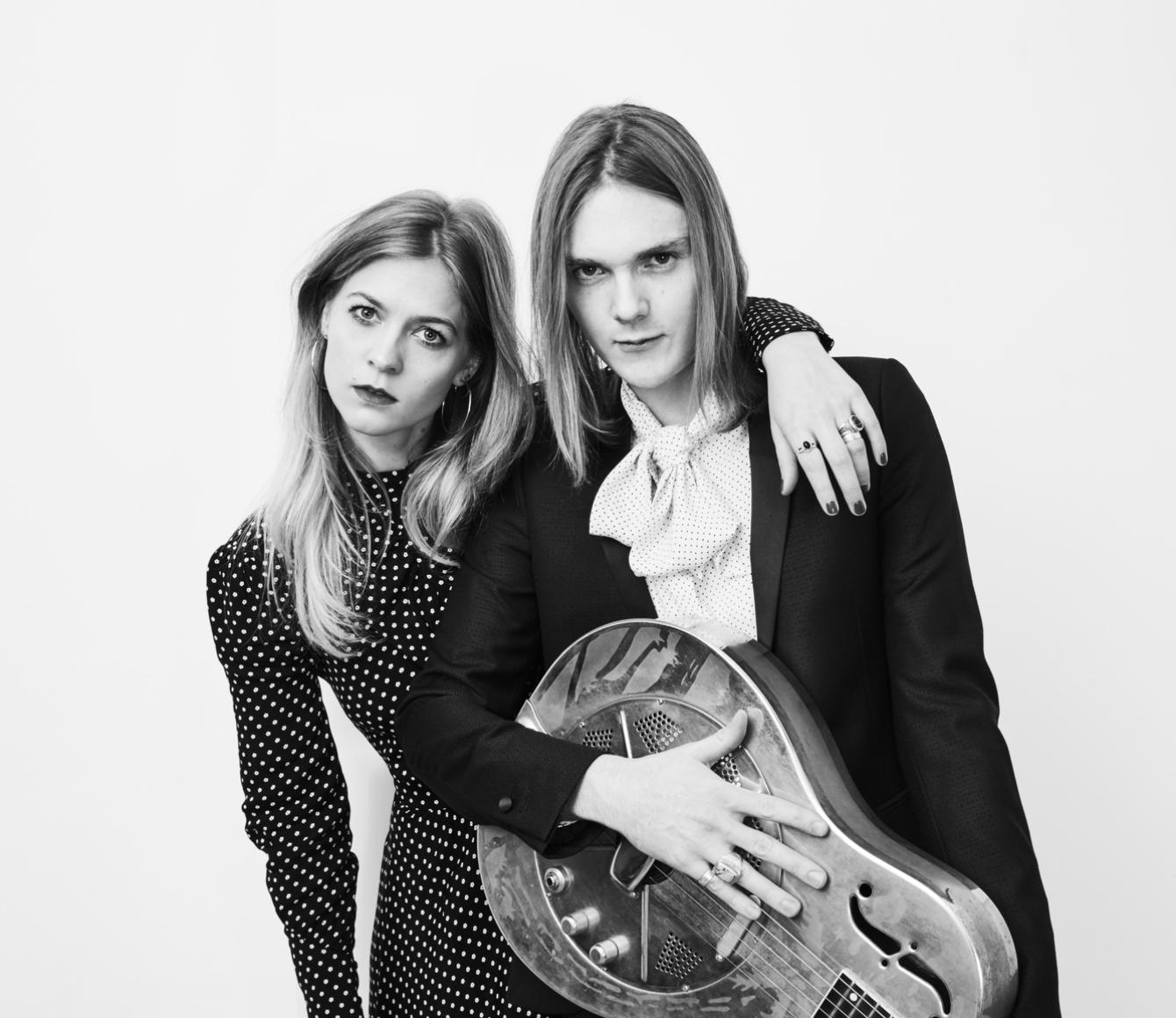 A year ago, Chris Turpin and Stephanie Jean, otherwise known as London roots-rock duo Ida Mae, pulled up stakes and relocated to Nashville. Was that scary? “Yes!” Turpin says with a laugh. “It was less scary since it was the two of us together. It wasn’t until we landed that we realized how far away it is from England,” a laughing Jean interjects. The pair, who released their debut LP Chasing Lights in May, estimate that they’ve since driven over 55,000 miles across the U.S. through 41 states—more territory than most natural-born Americans cover in a lifetime.

“When we first arrived, there was no wine-buying on a Sunday. That was an issue,” Jean continues with a laugh. “It’s a big industry city, but like a village feel, really. It was quite comforting knowing we had a lot of friends and acquaintances here already,” she adds. “Touring the States is so different, in the UK you can cover the whole country in seven hours. To start touring here was a real eye-opener when we realized how much work it would take and how much we’d have to do—culture shock.”

Turpin and Jean have settled into their Nashville-based groove, and are tearing up the highways in support of Chasing Lights. The album was tracked live and straight to tape with producer Ethan Johns (Laura Marling, Tom Jones, Kings of Leon) at Peter Gabriel’s Real World Studios in the UK shortly before their relocation to the Music City. “We wrote the record between our early trips out to the US and while living in a small attic room in central London,” says Turpin. “It has that trans-Atlanticana feel.”

Chasing Lights is a 13-song exploration of the territory encompassed by the wide umbrella of Americana music. After a cursory listen, it’s easy to tell that the band has one proverbial foot positioned in Americana’s future, with the other firmly rooted in the early 20th century swampy sounds of the Mississippi Delta.

“Both of us separately, around the age of 15, discovered the blues,” recalls Turpin. “I wanted to be Jimi Hendrix and Jimmy Page. You start listening to that music and then you start hearing people talk about Muddy Waters and Howlin’ Wolf. Then I got into that Detroit scene with the early White Stripes and the Von Bondies, and then people started talking about Son House and Blind Willie McTell, and I think I bought everything that Robert Johnson had ever recorded. I put it on and I was completely hooked. I’d never heard that kind of intensity or ferocity, the delicacy and the twang of those early country blues musicians,” he says. “Nothing could really compare to it after that.” “I started with jazz–Billie Holiday, Ella Fitzgerald, and Bessie Smith, along with a lot of gospel like Mahalia Jackson,” says Jean. “I found it really moving compared to what was going on in the early aughts on the radio where I was growing up south of London. I became obsessed with that music.”

“It was completely exotic,” Turpin continues. “The guys were playing in such a unique way, they didn’t sound like anyone else. Only Lightnin’ Hopkins can play like Lightnin’ Hopkins. Only BB King can play like BB King. They all had such a unique character and personality in everything that they did, in what became them and their artistry. It was so much more intoxicating than the modern blues we were hearing in the UK, and anything else, really.”

Upon reflection, it’s not surprising that so many folks in the UK connect deeply with American roots music; our histories are permanently intertwined. Early settlers brought the stories and music folk from their verdant homelands as they crossed the Atlantic and migrated into the wild American South. “We picked up a book of folk songs collected in Missouri in the 1800s for inspiration. Every single song in it was about places in England, Ireland, and Scotland,” says Turpin. “The pioneers took these songs with them. A lot of this stuff is so closely related. It’s just a new flavor and rawness, and it began only three people ago in the US. We treat it with a lot more reverence in the UK. We’re beard-strokey about it, which can kind of suck sometimes, I’ll be honest,” he laughs. “Like you’re playing in an art center where people are really polite and sat down, they’re watching your fingers and thinking really intensely. Then you’ll play in Wisconsin, and people are screaming and shouting and clapping, which is a lot more fun. We’re precise about it.” “And people here are so good at it,” adds Jean. “In Nashville, you can walk in a restaurant and most of the waitresses can sing in harmony. We just appreciate that.”

[If you’re in the Nashville area, you can catch Ida Mae performing in their adopted hometown tonight at The Mercy Lounge, click HERE for details. Click HERE to see when the band is headed to your neck-of-the-woods.]