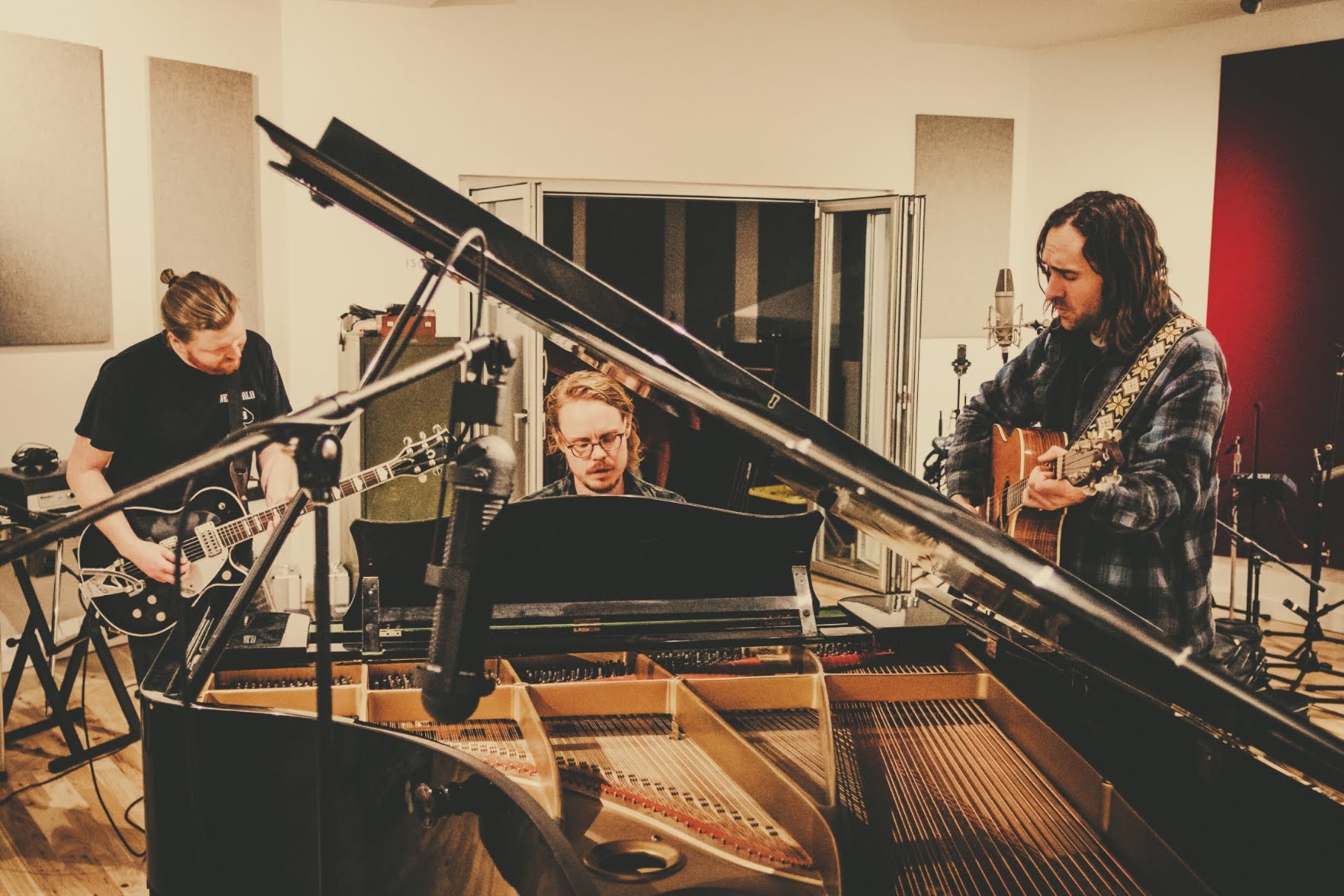 “Is the world slowly breaking?” ask James Downes, Trevor Leonard, and Brendon Thomas, who make music together as Philadelphia folkicana outfit The End Of America, in the chorus of their new single “Monsters,” out officially on July 19th. It’s a question for the ages and one that bears pointed significance in these perilous times in which we find ourselves.

“Monsters” is a series of questions to a friend, each one an attempt to achieve a deeper understanding of the darker elements of reality, and figuring out how to emerge from it relatively unscathed with your love intact. Today, the band unveils a video for the track produced by bandmember Thomas. “I found public domain footage from a 1970 experimental film called ‘Omega’ by Donald Fox.  It is loaded with psychedelic imagery and features three men who appear to be contemplating their place in the cosmos, a.k.a, our band,” he explains. “It appears Donald Fox intended it to be about death and rebirth of mankind, which is fitting when you consider the song’s chorus.”

The band’s beautiful three-part harmony, the cornerstone of their sound, soars in “Monsters,” as they examine the current state of affairs. While the answers to their questions could likely result in heartbreak, the tone of the track is one of optimism and strength.

4 thoughts on “Premiere: “Monsters” by The End Of America”