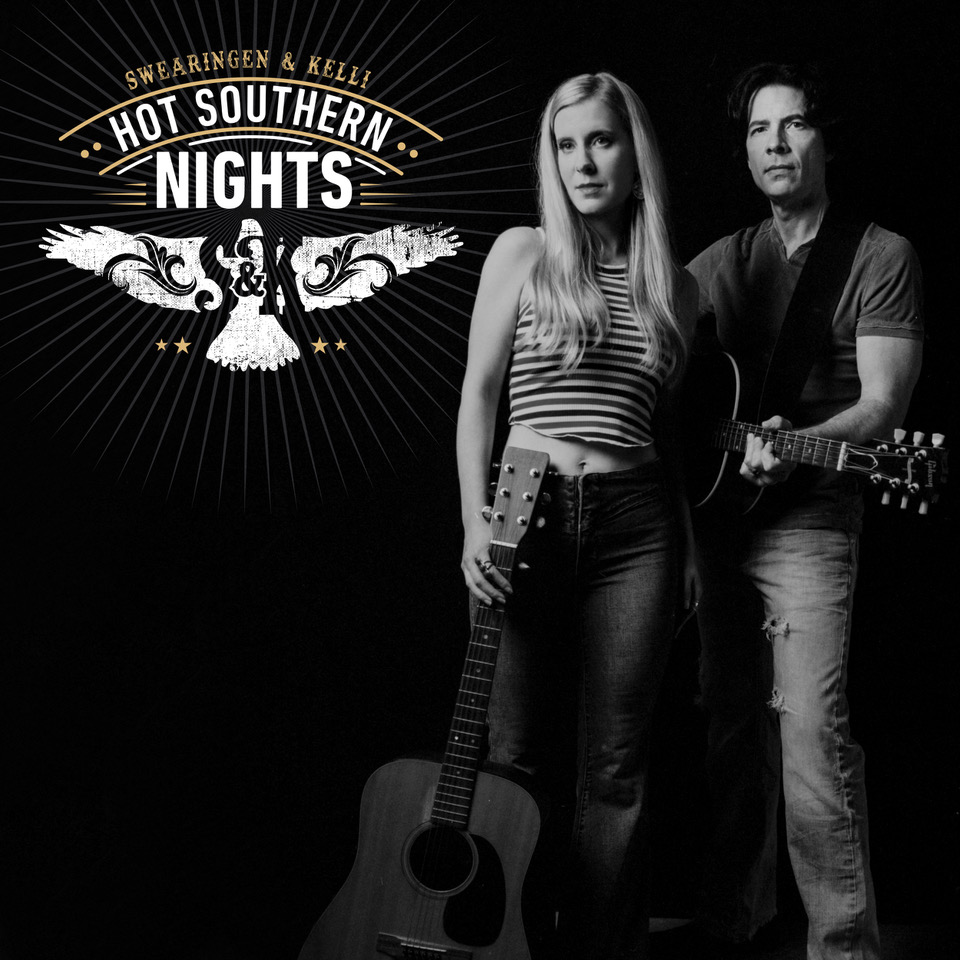 The “good old days”–like fine wine, memories get more robust with time, the rough edges of circumstances smoothed out by its passage, leaving the best parts behind. In their new video “Hot Southern Nights,” Americana duo Swearingen & Kelli pay homage to the simpler times of AJ Swearingen’s parents and their humble beginning amongst the Appalachian coal mines of West Virginia. The video, directed by Frank Weysos, offers a classic summer scene set around a roaring bonfire, complete with some ice cold beers and friends to share them with.

“I wrote this song on the airplane after a visit with AJ’s folks, looking through old family photos of their life in West Virginia,” says bandmember Jayne Kelli. “I just kind of romanticize that simpler time, especially with how life is today. We thought this was kind of fun and tongue and cheek for us, but when we played it for some friends they loved it, and so did our producer, Mitch Dane, who knew just what to do with it.”

Swearingen & Kelli will release their new LP Cold-Hearted Truth on September 20th. Like the title suggests, Cold-Hearted Truth is an album rooted in honesty as its 11 tracks find the band reaching deep into their family histories and their own personal crusades. They deliver stories about endurance, addictions, old stomping grounds, false starts, and getting things right the second time around; as Swearingen says, “These songs are about recognizing where you’re from.” With its slinky bass groove, saucy guitar licks, and hip-shaking swagger, “Hot Southern Nights” beckons you to take a load off, come on over, and stay awhile. And that’s never a bad thing.