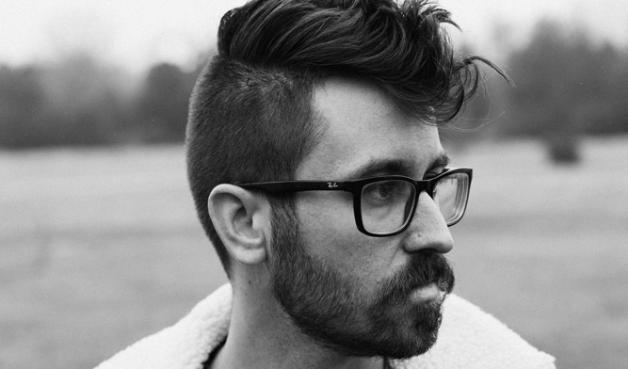 “It’s just me with a guitar and a piano on this tour,” says veteran country-folkster Sean McConnell, who is currently on tour supporting his new acoustic album, Undone, out via Rounder Records. “Maybe I could sell a few more tickets if I could pull off playing them both at the same time. I’ve been thinking about what my schtick should be, maybe that’s it,” he laughs. “I’ve always performed solo, and that’s more comfortable for me than playing with a band,” he continues of his solo acoustic tour. “It’s where I come from.”

In fact, McConnell comes from serious musical stock; born and raised in Massachusetts by folk singer/songwriter parents, music was a given in the McConnell house. “If it wasn’t being played on the record player in the living room, we were at our parents’ performances. On the weekends I’d watch my dad write songs at the dining room table. They’d have friends showing up with instruments all the time, and I’d fall asleep listening to them play,” he recalls. “We were immersed in great music all the time.” Raised on a steady diet of Bob Dylan, Joni Mitchell, Crosby, Stills, Nash & Young, and Bruce Springsteen, McConnell learned early that for him, lyrics were the central, most important focus of a song.

When McConnell was 11, his family relocated from Massachusetts to Georgia, and e began writing his own songs. “I’m sure I was writing stuff that was really dramatic,” he says with a laugh. “I wrote a lot about missing friends and family up north, and whatever feelings of love an 11-year-old has, I was probably exploring those as well. It was total culture shock for me, and on top of that, I was homeschooled in Massachusetts, and went into public school in Georgia,” he continues. “There was a big learning curve on a lot of levels.”

Undone features reworked versions of a few of his previously-recorded songs, along with one original, a duet with the acclaimed Lori McKenna. “It was amazing,” he explains of working with McKenna. “I was a huge fan first, and I’ve gotten a chance to become friends with Lori over the years. She is her song, ‘Humble And Kind,’ it’s totally her. She’s brilliant, and I’m not sure she’s aware of her genius,” he levels. “She’s so down-to-earth; we’d be writing at her house in Massachusetts when her kids were small. They’d run into the room—another person might say ‘hey get out, we’re trying to write,’ but Lori would be like ‘how’s your day? Say hi to Sean!’” he says. “She’s one of my all-time favorite songwriters.”

“I was raised on acoustic records—not in the way I’m doing it where the songs are being reimagined, but that’s just how my heroes made their records, just them and a guitar,” he explains of the inspiration behind making Undone, which allows his heartstring-tugging lyrics, delivered in his smooth-as-silk tenor voice, to shine in the proverbial spotlight. “I played solo most of the year as well, and I wanted people to be able to take home something that sounded like what they had just heard onstage. I thought this collection of songs specifically would speak in a different way if they were re-recorded with this sparse kind of treatment,” he adds.” I love the sound, I love that intimacy.”