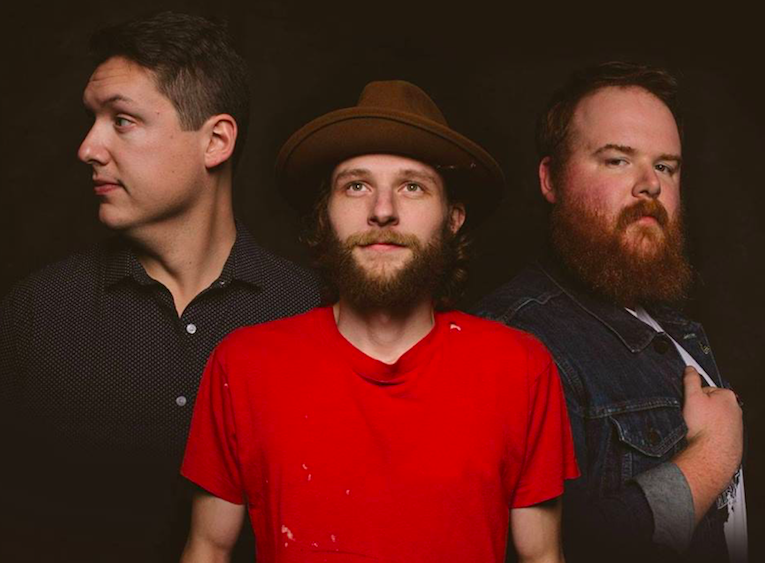 Maine is an amazing place, brimming with a rich history, environmental wonder, and of course, lobster rolls (or should I say, “lobstah” rolls?), whose earliest inhabitants were scrappy and strong enough to endure seriously harsh winters. With that in mind, it makes perfect sense that folks with such strong constitutions should revel in taking the ancient form of roots music, bending it to their collective will, and giving it a brand new name.

“People kept asking us what genre and style we were,” explains Griffin Sherry of Maine roots trio The Ghost Of Paul Revere. “We switch it up a lot, and none of of us grew up with bluegrass instruments or family ties to that style. I actually grew up listening to The Beatles, and Led Zeppelin, and Pink Floyd; we just started playing in that style with that instrumentation, and fit that into the songs we were writing. We didn’t want to call ourselves bluegrass, and we’re not exactly folk, so we came up with ‘holler folk,’” he continues. “It’s energetic stuff, it’s a call-back to our love of communal singing and the essence of traditional field hollers.”

Childhood friends Sherry, Max Davis, and Sean McCarthy’s roots music beginning was indeed a happy accident. “I bought myself an acoustic guitar when I started writing music, and fell in love with how it played—I was playing electric before that,” Sherry recalls. “Max was given a banjo in college and started plucking away at it. When we decided to perform together, Sean decided to pick up an acoustic bass, and it went from there, it stuck. We didn’t want percussion at the beginning, we wanted to keep it stripped down, and it grew around what we were doing,” he adds. “I fell in love with folk and bluegrass in the midst of that, and it fit what we had in our heads.”

The band is now gearing up to release their brand new album, Monarch, on October 27th via Kobalt Music Recordings. For Monarch, The Ghost Of Paul Revere entered the studio with new ideas, and a taste for experimentation. “It’s the first record we’ve tried to show off with,” he says. “All of our other records have been recorded live with us all in the studio together. This time, we had an idea to go into the studio and really experiment with instruments and orchestration—piano, organ, electric, even glockenspiel—we wanted to make a record that we couldn’t perform as it was live. Now that we’ve started performing them, we realized we could do it really without changing the instrumentation very much.”

“I love recording live, but it can be tough when there are nuances you want to capture or one person messes up, and you have to go back and record it all over again,” he continues of the experience. “We still did a lot of it together in isolation throughout the studio, and added some parts to some of the songs later. There’s one song on the record, ‘Next Year,’ that’s a live take of me playing guitar on my porch in a rainstorm in February,” he reveals. “We were able to keep the energy there. It’s a little different for us, but our heart and soul is still there.”

Currently one tour to spread the gospel of holler folk, The Ghost Of Paul Revere is eager to share their new music with loyal fans, and also lay it on some new ears. “I’m always told we’re very much a live band, we’re not a jam band by any means,” Sherry says. “But the energy we bring on stage is something you don’t want to miss.”