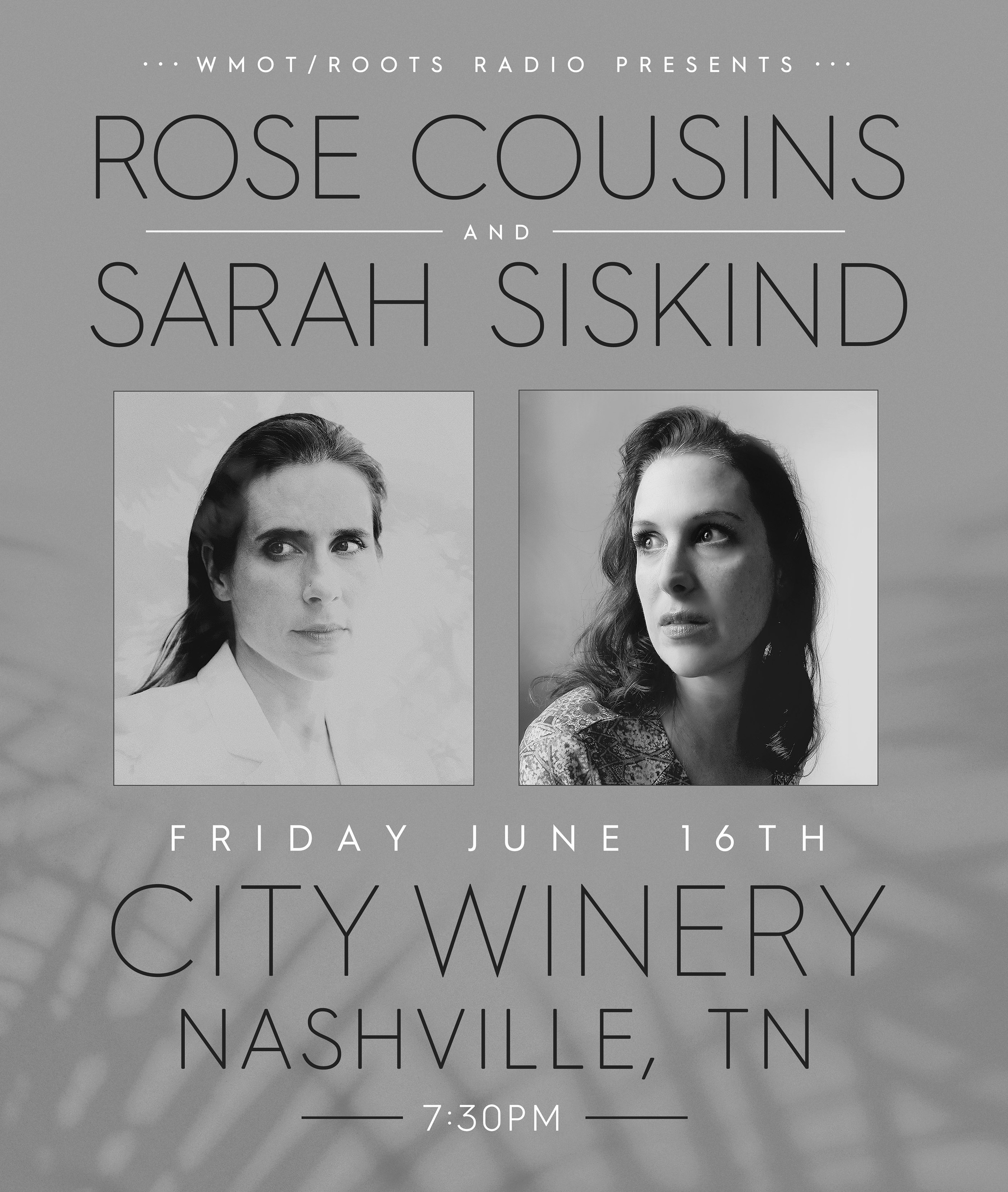 Sarah Siskind is on her way to Nashville from her home in the mountains of North Carolina; the phone reception is iffy through the Smokies, and the line goes silent. “Can you hear me now?” she asks. “Okay, I’ll just keep leaning this way while I talk,” she laughs, and right away, I’m struck—though we are chatting for the first time, it’s as if I’m catching up with a long lost friend. Maybe it’s our shared commonality as native North Carolinians, maybe it’s luck, but I think it’s because that’s just who she is—a warm spirit with a preternatural gift of putting those around her at ease. It’s also a gift that clearly comes across in her music.

In April, the prolific songwriter released a six-song EP, Love, as Sarah Siskind & Sunliner, a trio formed with her husband, Travis Book of The Infamous Stringdusters. “I love working with him. He’s really positive and supportive, as well as an awesome musician. We are apart so much because of our schedules, so getting to play music together and travel together is a treat. We get more alone time on the road,” she says with a laugh. “One of the reasons why I formed this group is so we could spend time together playing music. We started playing together in this configuration several years ago; it’s mostly my original songs, and I sing lead. Travis sings harmony and plays bass,” she adds. “We were having so much fun with it, we decided to make an album.”

Raised by parents who were also professional musicians, Siskind fondly recalls a childhood filled with music. “My dad had thousands of vinyl records; we had a whole room dedicated to listening to music, called ‘the music room,’ with a purple naugahyde couch that was just awful in there,” she laughs. “I would lay on it for hours and he’d play me records and talk to me about it all—everything from celtic to old gospel to jazz. Music was my passion from the beginning, and my parents did whatever they needed to do to keep me in it.”

Siskind creates music for her own projects, but also enjoys writing for other artists; while her songs come from a deeply personal place, she is intrigued by how others interpret her work for themselves. “Wynonna recorded one of my songs, ‘Keep Me Alive,’ for her last album, and recently put out a video for it. It’s a song I wrote 13 or 14 years ago and put it out on one of my older records,” she explains. “It was a super personal song, about how music keeps me alive, and how without it I’d be dead. I mean, obviously, if I wasn’t born a musician, I would’ve been born something else, but you know what I mean,” she laughs. “I wasn’t sure how I was going to feel about it, but then I heard her version—it blew me away. She sang it as her own, and she’s the same kind of creative creature, and it provided her an anthem, a love song to music. That’s why I wrote it, and I never thought anyone else would sing it. It was perfect, and it made me so happy that she as able to express herself through it.”

On Friday, June 16th, Siskind will perform at the City Winery in Nashville, with her friend and fellow songwriter, Rose Cousins, who is touring in support of her latest release, the critically-acclaimed Natural Conclusion. “It will be a variety, Rose is playing with a band, and I will be doing a little of both—band and solo. We’ll probably sing with each other some at the show too,” Siskind explains. “I’m really excited, I’m such a fan of hers, as a musician and as a person.”

After her time in Nashville, Siskind will head home to Brevard, North Carolina to continue work on several exciting endeavors. “I’ve got a lot of irons in the fire, working on all kinds of projects,” she continues. “I’m currently working on and writing for another solo record, and percolating about who I want to work with on that. I’m also writing for other artists’ records, writing for the television show Nashville, and I’ve got some show dates coming in the fall,” she adds. “It’s a nice and busy time.”