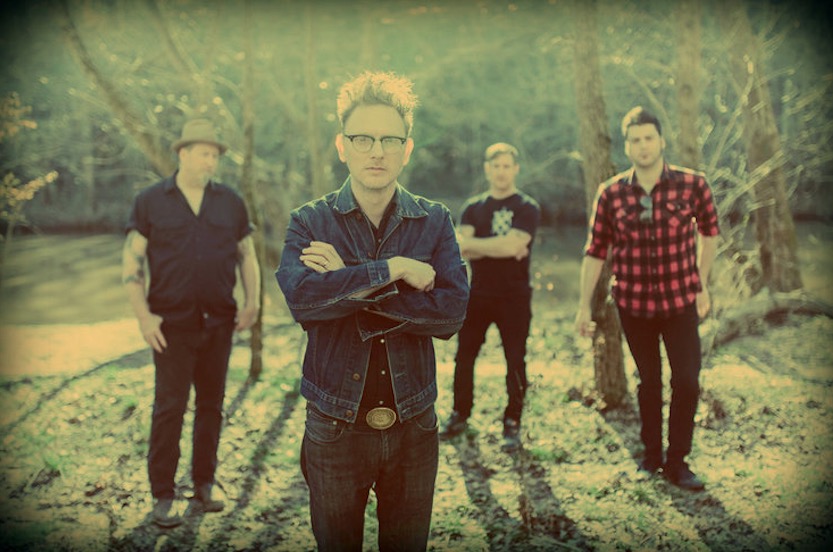 “I always liked acting up and playing piano, I thought I’d always be a cartoonist though, it’s my first love. There’s no way I ever imagined this would be my life. I mean, I don’t really even know what it is I do now, as an adult. I can’t describe it, it’s strange, but it’s fun, whatever it is,” laughs JD Wilkes, the high-powered frontman of veteran rockabilly outfit, the Legendary Shack Shakers. The band, whose fans include Robert Plant and Stephen King, has been making a ruckus since the mid-90s; members have come and gone, but the constant has been Wilkes, whose electrified performance style is, as he says, “fueled by Red Bull and bourbon. It just comes out naturally, a lot of it is my upbringing in a charismatic church, being a ham, and watching a lot of cartoons. My performance style reflects my passion for music. And Ren & Stimpy cartoons.”

The path to his rockabilly present was paved with youthful folly, testosterone, and a love of true American music. “When I realized I could make that kind of music with like-minded people, and love the way that feels, it was addictive. It’s like a bug that bites, like any drug. It gets in your system; you get a rush of affirmation from your audience. It’s undone a lot of damage from the high school years, it came in handy, and ultimately it’s been a good thing,” he says. “Revenge of the nerds!”

Wilkes, a bona fide Kentucky Colonel, has many irons in many fires; still an avid cartoonist, he has several musical side projects, has made a documentary film, is preparing for an early fall solo tour with Dex Romweber of the Flat Duo Jets, and is a published author. His novel, The Vine That Ate The South, comes out next year, and will coincide with the release of the next Legendary Shack Shakers album, tentatively named After You’ve Gone; “The lyrical material deals with my recent divorce, it’s the most personal record I’ve ever done. It runs the gamut—from tearjerkers to absolute raging, angry tunes. I tried to capture each emotion I was experiencing in a song,” explains Wilkes. “It’s a well-rounded representation of what I went through.”

The band released album Southern Surreal in 2015, and Lower Broadway Lo-Fi this year; after playing several shows and festivals this summer, they will head to Europe in November. If you’re in the Nashville area, you can catch their unforgettable performance live and in person at The Mercy Lounge on Saturday, July 29th.

“We’re not mainstream and we don’t have to fit in any kind of trend—that will wear you out, trying to keep up with trends,” Wilkes says of the band’s longevity. “I just keep up with myself and what I like to hear, I stay fascinated with what I like, and what appeals to my ear. All people have to do is look as the world around them, it’s easy to stay fresh. There are so many songs to be written, so many gigs to play, so many people to make happy. It’s a never-ending labor of love.”