It was a rousing celebration of old-time music at the Nashville Palace last weekend, the kind of music that makes you believe you can almost hear the sounds of crackling vinyl coming through a record player as you listen. The lineup included JD Wilkes of the Legendary Shack Shakers, Cincinnati-based bluegrass outfit The Tillers, and the legendary, award-winning Del McCoury Band, all of which are doing their part to keep real country and roots music alive.

Wilkes, a multi-instrumentalist, author, and modern-day preservationist, warmed up the crowd by serving up history and old-time anecdotes between solid performances of harmonica-ripping, banjo picking, and bass slapping.

The Tillers brought their beautiful harmonies and contagious energy to the stage; there was so much chemistry between the members of this foursome, who like to write songs about where they’re from, paying homage to the blues and jug band music from 1920s and 30s Cincinnati.

Then, before I realized it, I was 15 feet from the silver-pompadoured Grammy-award winning pioneer of bluegrass and Grand Ol’ Opry member himself, Del McCoury, who was performing for the first time at the Nashville Palace. Del was joined by his uber-talented four-piece band, two members of which are his sons, Rob on banjo, and Ronnie on mandolin; his distinctive tenor blends seamlessly with his sons’, creating a high and lonesome three-part blood harmony that soars to the rafters.

Del introduced each member to the audience, and the band would then play a tune featuring that member; not only can they sing, but this band is literally the best in the world at what they do, with years-long winning streaks of awards beginning with “Best” under their proverbial belts.  The group played a variety of songs from their vast catalog; gospel numbers like “Get Down On Your Knees and Pray” and a sing-along version of “I’ll Fly Away”, and traditional songs like “Asheville Turnaround”, “Snake In The House”, and “1952 Vincent Black Lightning”.  “Well, there’s thirteen hundred and fifty two guitar pickers in Nashville/And they can pick more notes than the number of ants on a Tennessee anthill/Yeah, there’s thirteen hundred and fifty two guitar cases in Nashville/And anyone that unpacks his guitar can play twice as better than I will”, Del sang in crowd favorite and classic “Nashville Cats”.  During a Bill Monroe-centric portion of the show, the boys played a breakdown that had flurried fingers flying across fretboards and instruments begging for mercy; upright bassist Alan Bartram came to the front of the stage and took the lead, singing Monroe’s “Kentucky Waltz” in his billowing baritone voice that made the hair on the back of my neck stand up. I’ve never witnessed anything quite like it.

After we were all nice and warmed up, Del, whose congenial interaction and banter with the audience is is noteworthy, began taking requests.  As people became more comfortable and started dancing on the sidelines, I noticed how diverse the crowd really was; tie-dyed jam-band following hippies, curly-mustached uber-hipsters, rhinestone cowboys, billies straight from hills of Tennessee, grandparents and young’uns alike.  I could have sat there and listened all night. 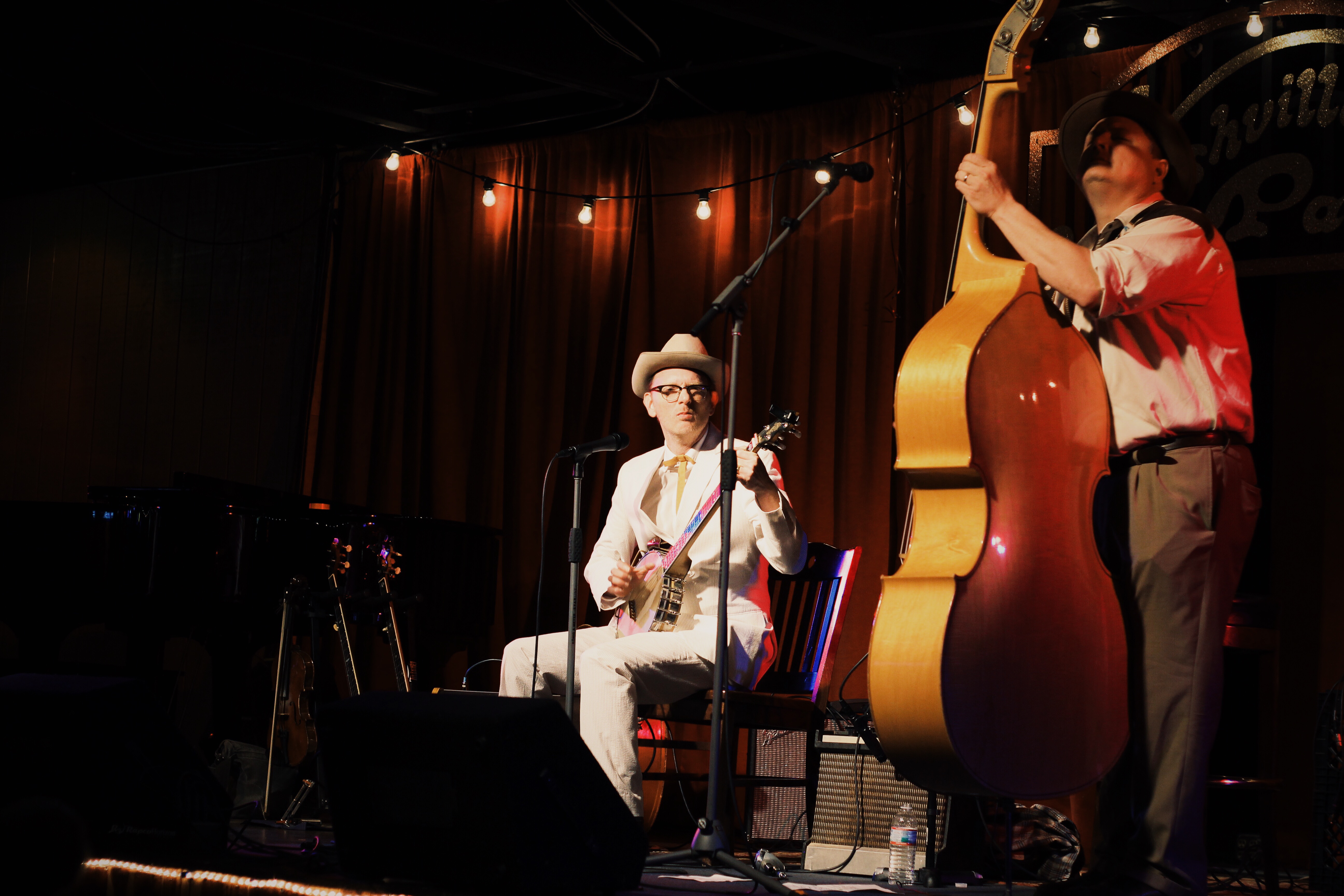 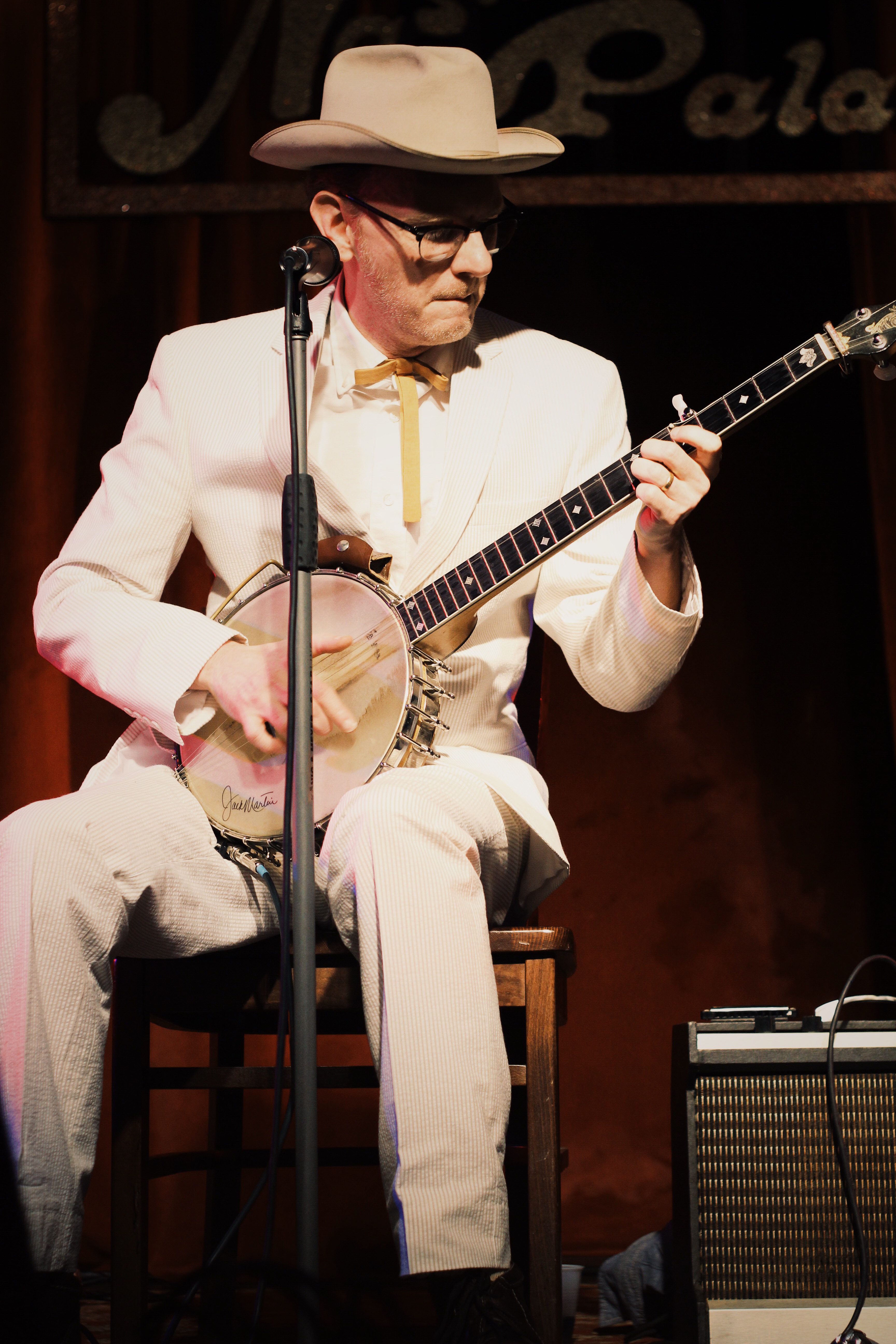 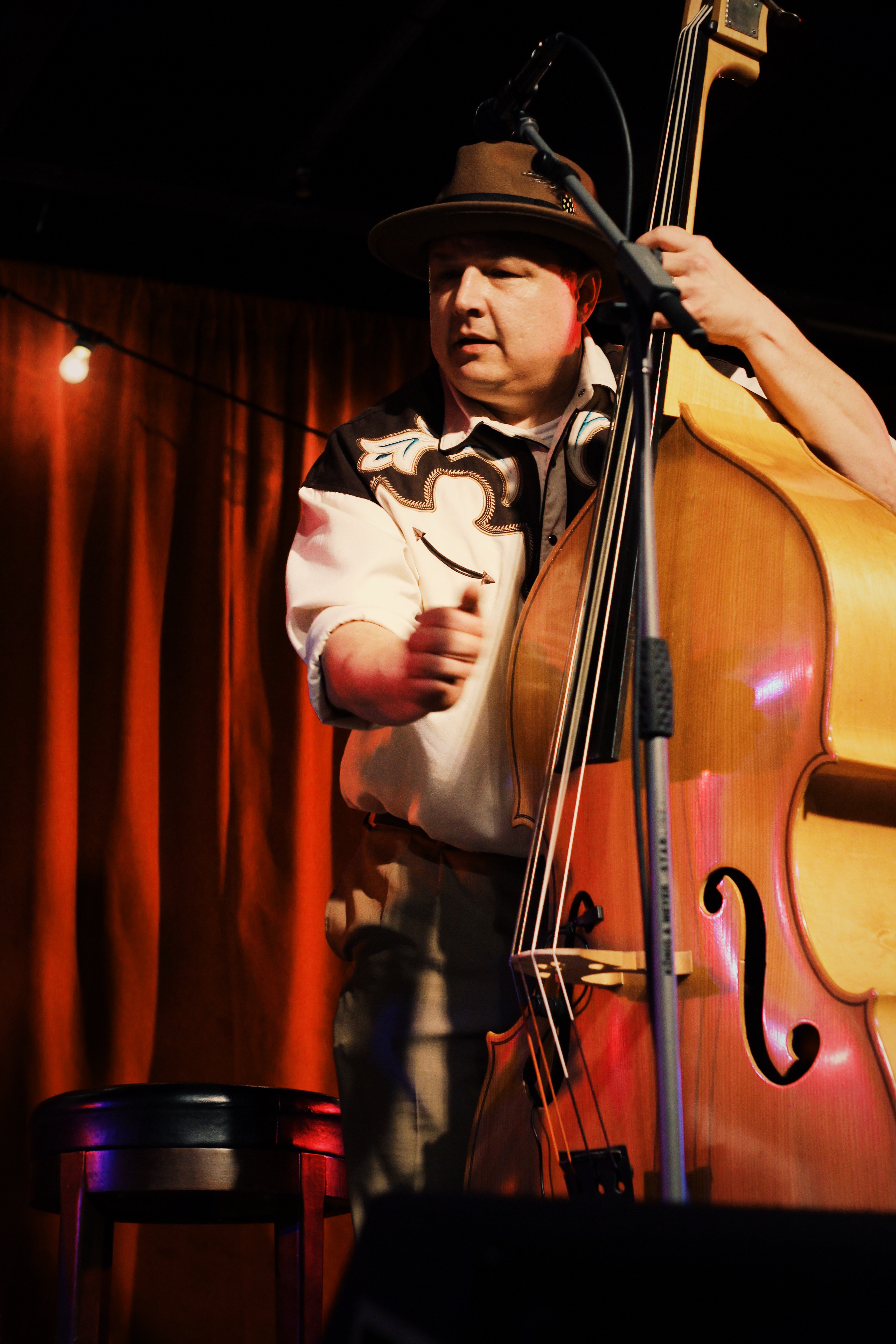 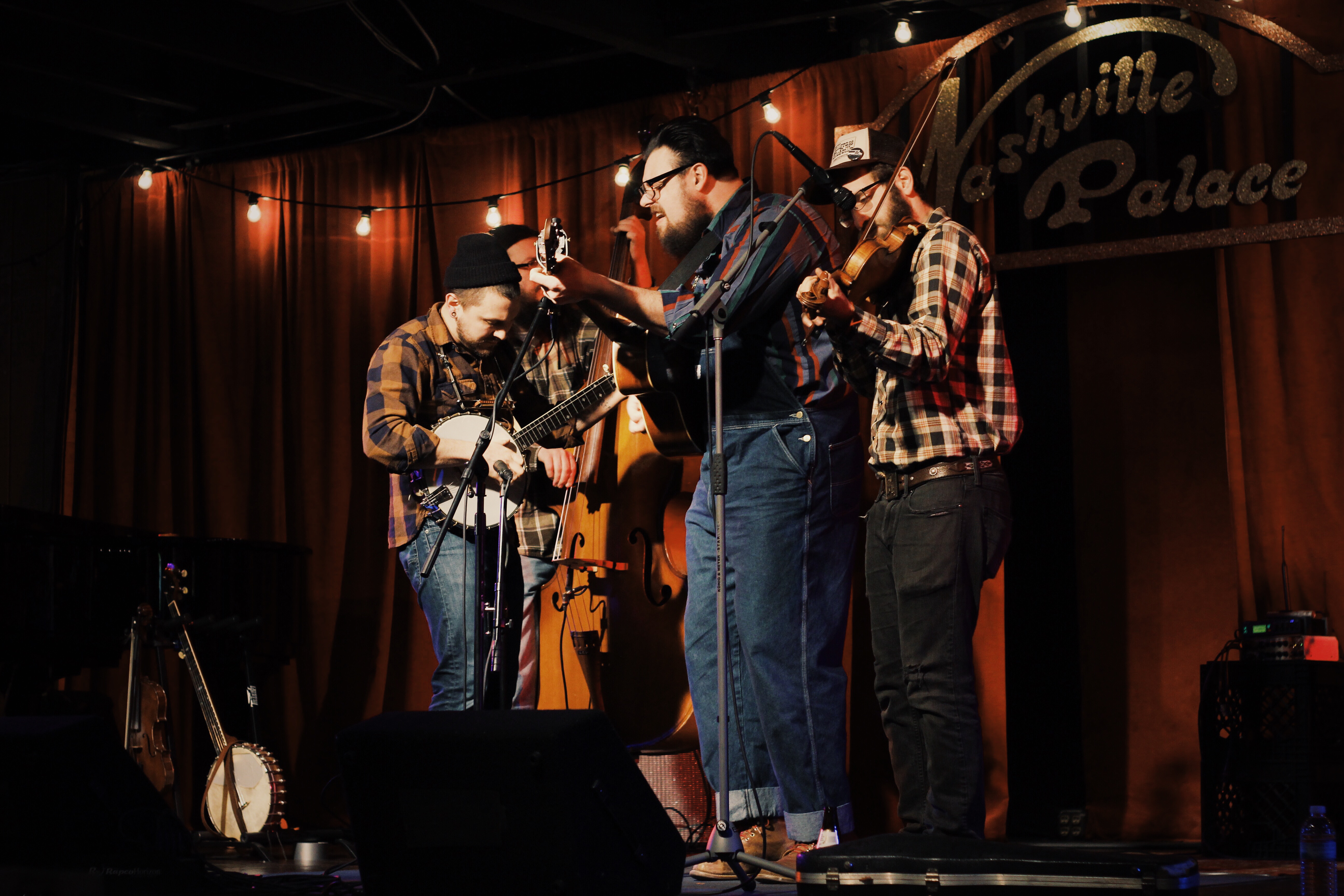 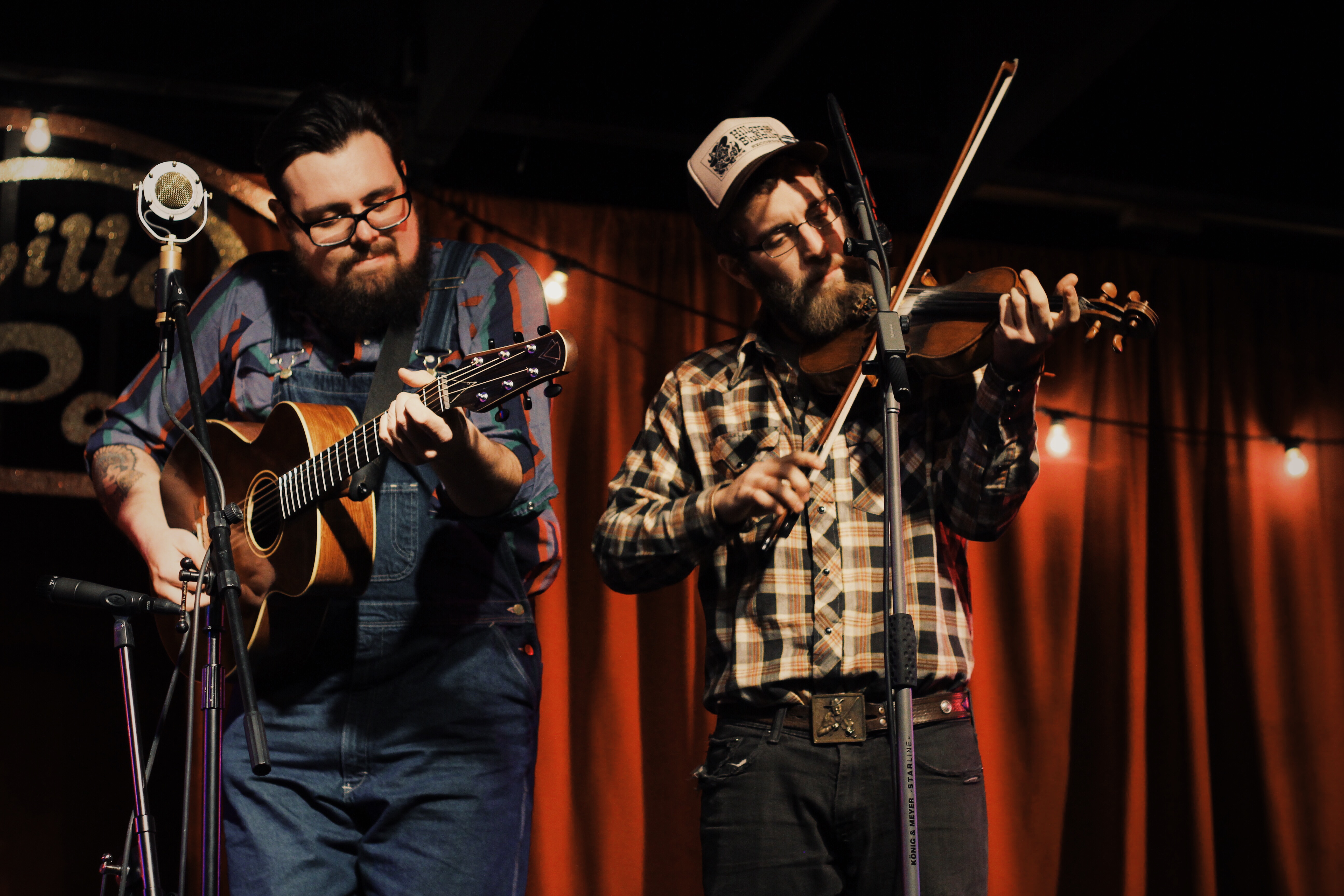 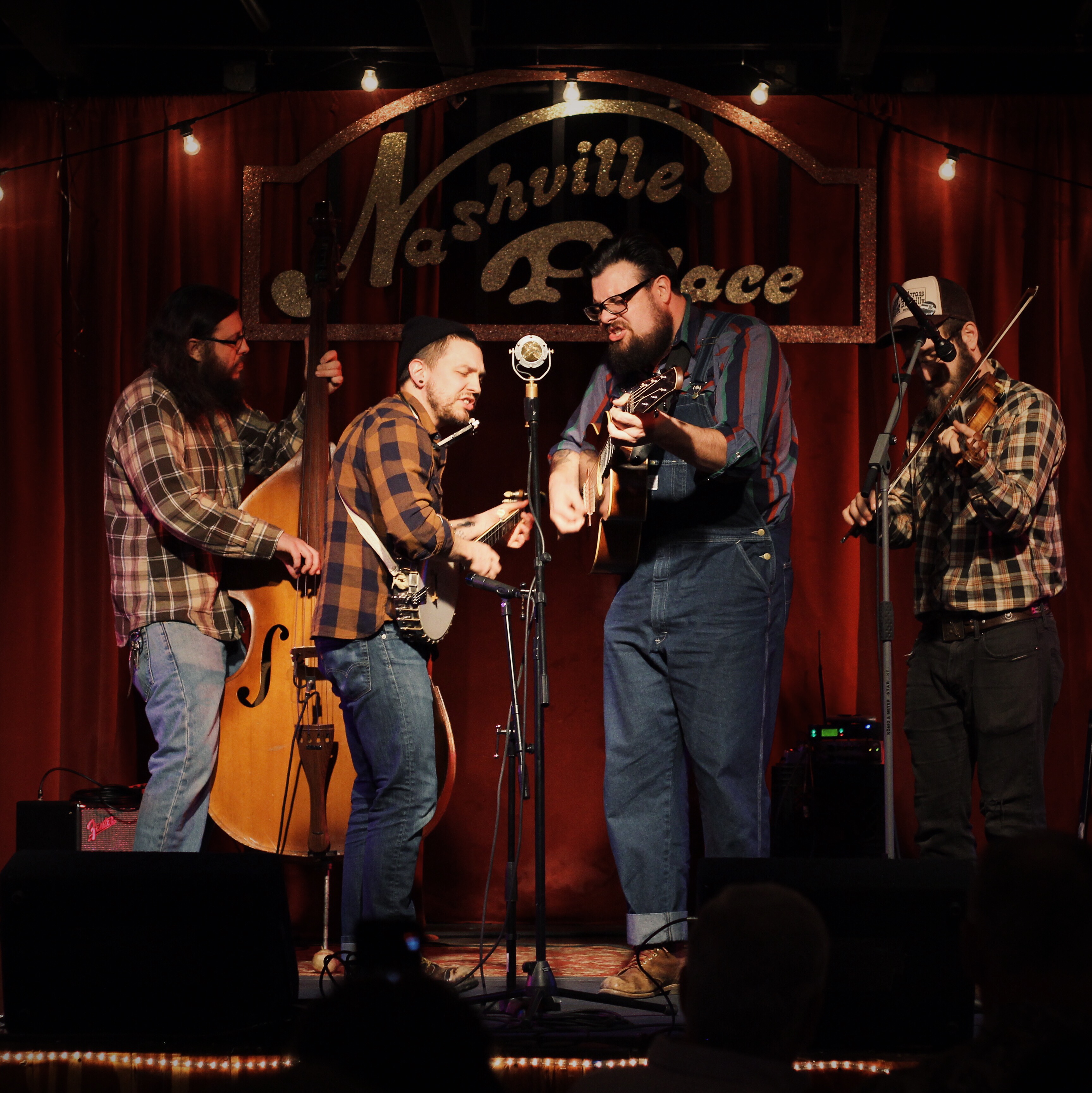 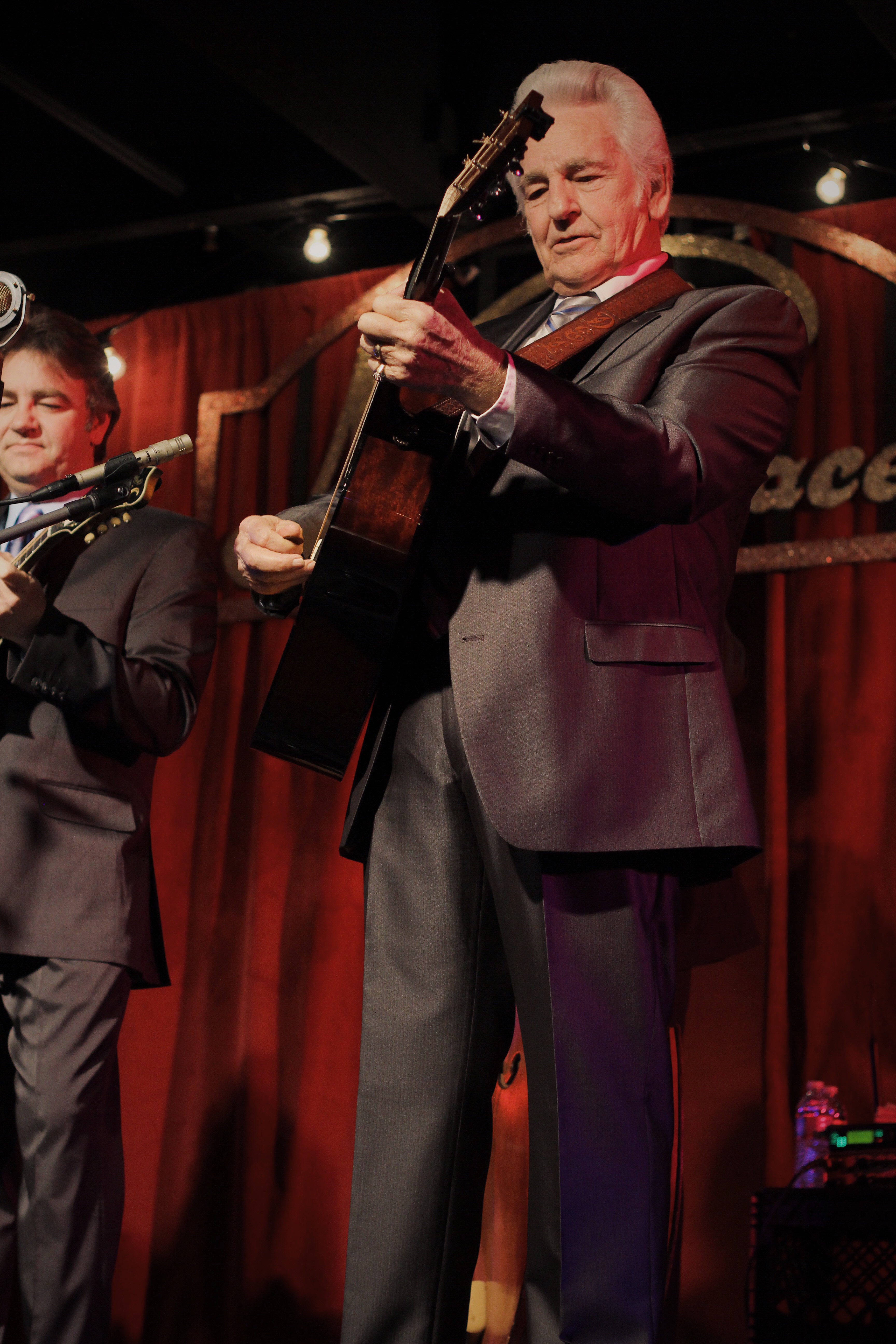 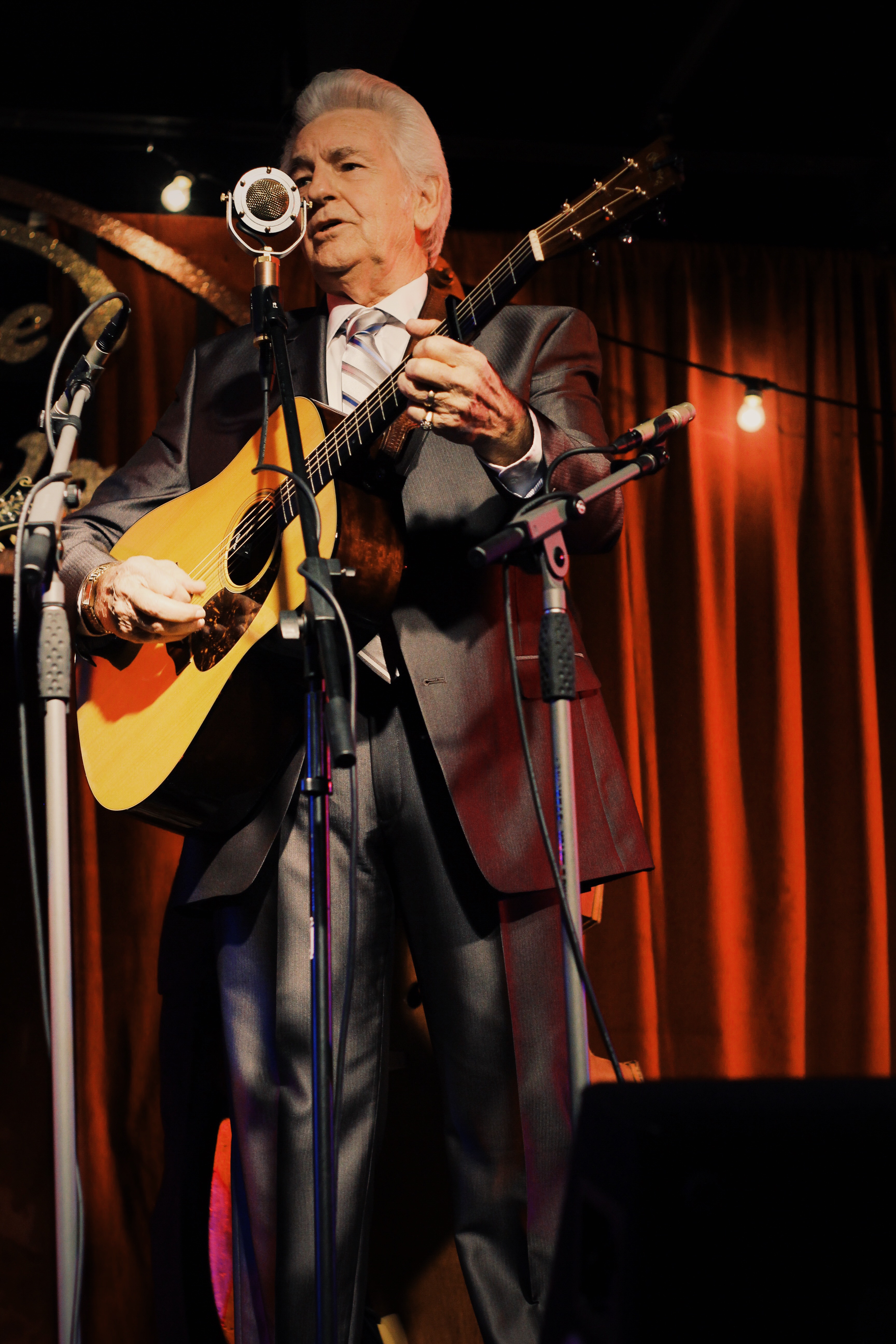 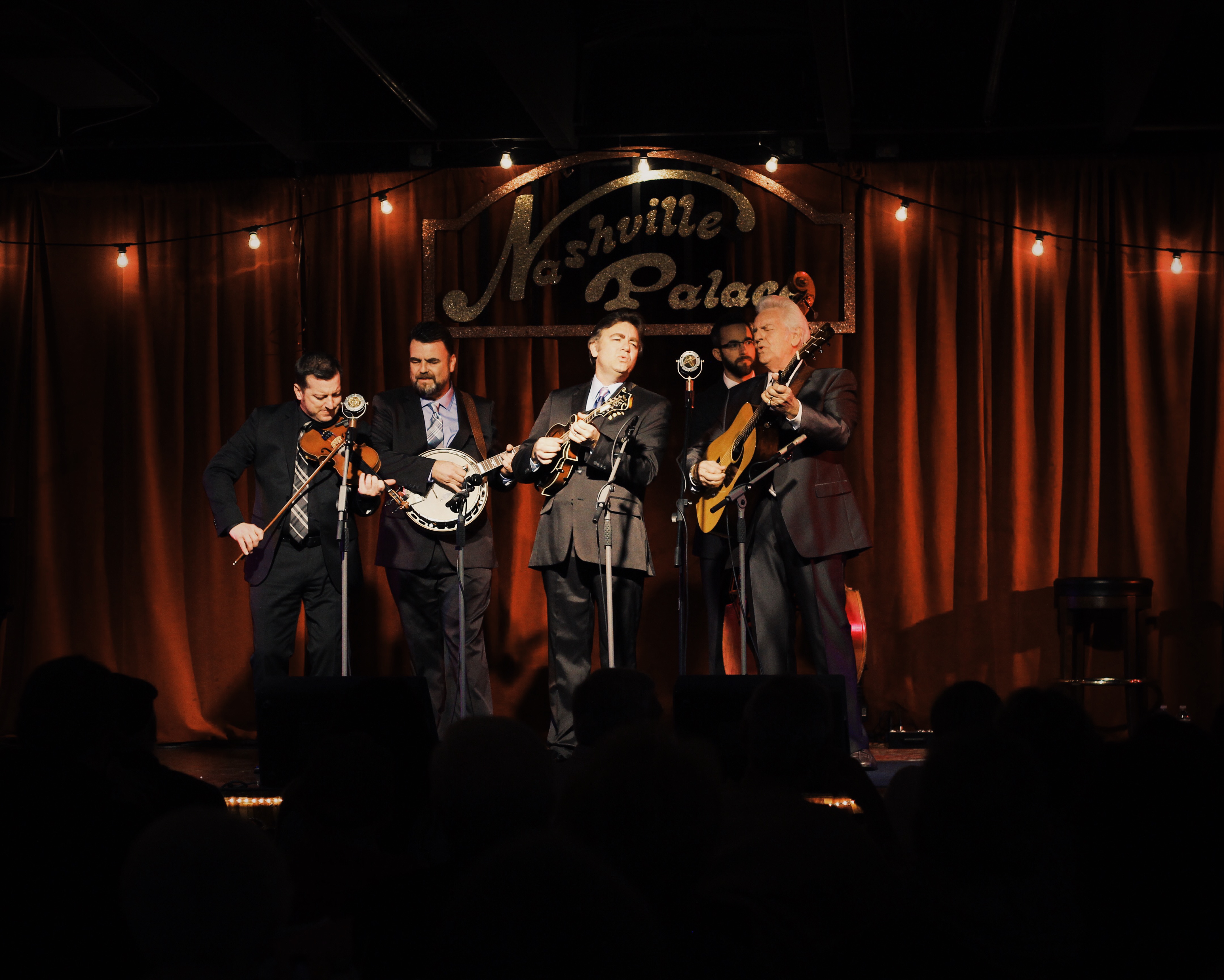 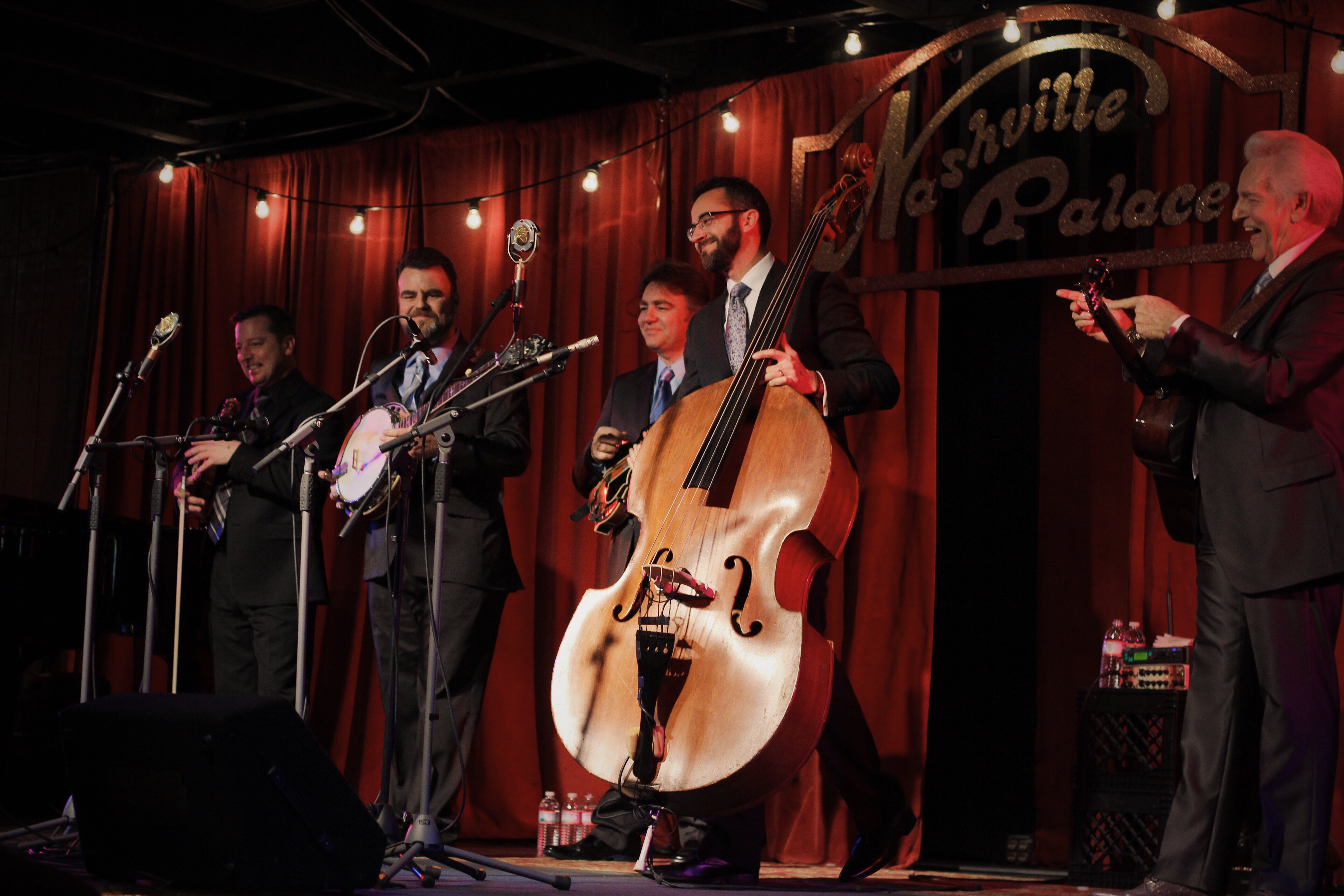 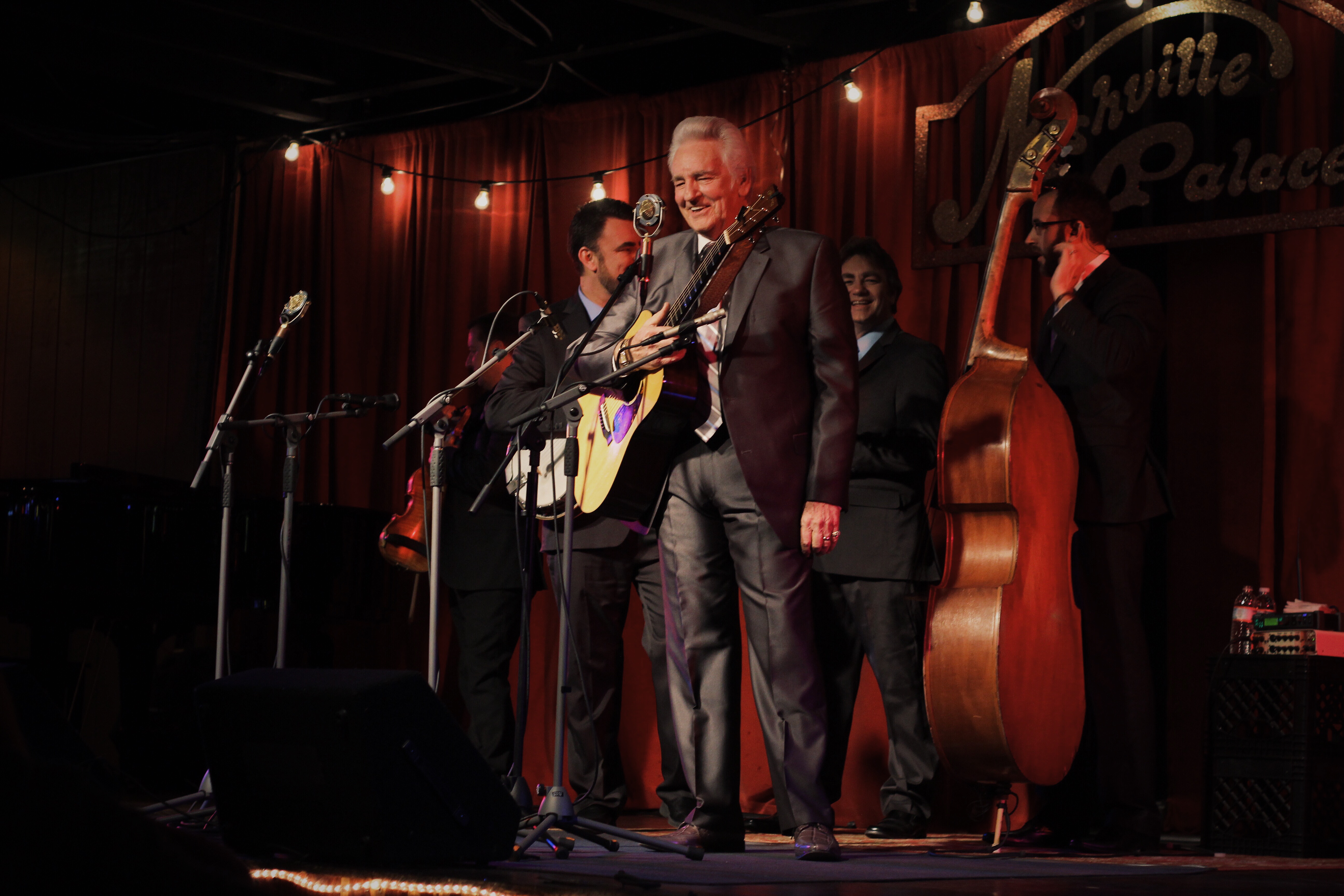