Off The Stage: Quinell 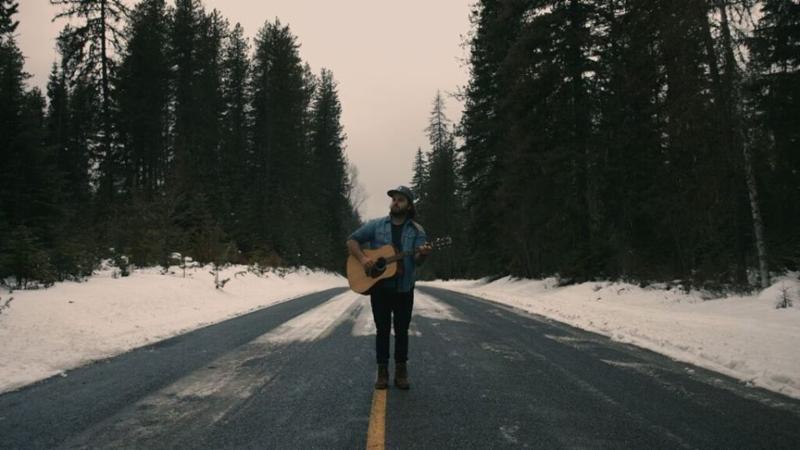 “I don’t think there’s anything wrong with hyper-produced music, but it’s refreshing to just grab a guitar and pairing vulnerable lyrics with a simple melody.  That’s so appealing to me.  People can really relate to it, folk music never seems to get old, never goes out of style, it always feels new,” says Washington-based Quinell, writer of beautiful tunes…and catcher of salmon.   That’s right, Quinell spends his summers working on commercial fishing vessels in Alaska.  “It can be a little scary, but I’m used to it…well, I mean, you never really get used to it.”

Quinell, who spent his childhood on the shores of Canada’s Vancouver Island, grew up playing the trumpet, of all things; “My parents told us that if we wanted to play sports, we also had to be in music lessons. I wanted to play lots of sports, so I started playing music early,” he says with a laugh. “In college, I got  injured playing hockey, so I picked up a guitar and started writing songs.”

Usually, when people think of Washington state, Seattle and grunge music come to mind; “I’m from the eastern side of the state, in the wide open farmland, it’s like a desert,” he explains Living far away lends itself to a troubadour lifestyle, the folk vibe really seems to fit the area where I live.”

That troubadour lifestyle leads him to Alaska every summer, where he lives on a boat from June to September with only four other people; Quinell uses the solitude to hone his craft.  “I’ve written about 50 songs in the last couple of summers I’ve been there.  Every now and again, I’ll get some time off, and I’ll go up into the mountains by myself,” he adds. “It can get very tedious and long, but I think it’s much lonelier when I’m touring than when I’m on the fishing boat.”  Some would crumble in that environment, but Quinell thrives, and it comes through loud and clear in his music.