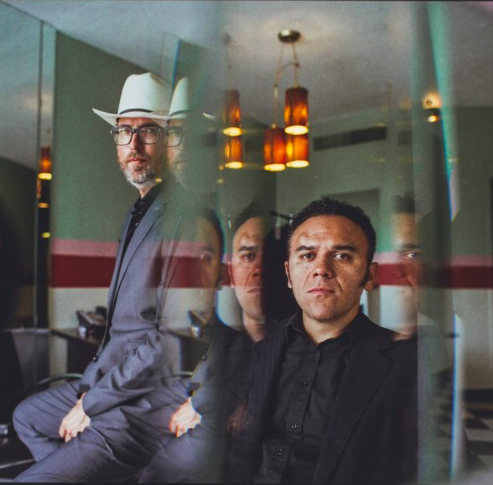 “There’s always been a connection between Texas and Tennessee,” opines Andrew Trube, co-founder of Austin-based blues rock outfit Greyhounds. “Most Texans are from Tennessee originally—in the 1880s my ancestors wrote ‘GTT’ on the front door and took off. ‘GTT’ means ‘Gone To Texas,’ and when the tax man came looking, they’d see that on the door and know he was out of luck,” he laughs. In 1999, Trube took a page from his family playbook went on his own westbound adventure, traveling from the Lone Star State to the City Of Angels to pursue his musical dreams.

In those pre-Craigslist times, musicians seeking other musicians took ads out in the newspaper, and future bandmate Anthony Farrell was the first to answer. A few years later, the pair befriended Florida-based fellow blues rocker JJ Grey. “Whenever we were in Florida, we’d crash at his house, we’d play shows on the road together to nobody, that whole thing,” Trube says with a laugh. “We got off the road and took about six months off in ’04, and that’s when JJ called us and offered us a job in his band MOFRO.” After playing with JJ Grey and MOFRO for eight years, Trube and Farrell felt the pull of their original project and decided it was time to get back to being Greyhounds. “We needed to release these ‘hounds songs. We needed to go do our thing,” Trube reveals. “JJ was always supportive, and that band is like brothers to me.”

Almost two decades since they met, Greyhounds are still making soul-shaking blues-rock music for the masses. “Anthony and I are like yin and yang, it’s a great partnership. What I’m missing, he picks up on, and what he’s missing, I pick up on,” Trube says. “We’ve always been there for each other.” The band released an album in 2014, two albums in 2016, and are gearing up to release their latest, Cheyenne Valley Drive, on April 6th. “We’re a little crazy. We have a lot to say at the moment. We’ve got three coming out this year, just kidding,” Trube jokes. “We got a call from our buddy Matt Ross-Spang who’d been doing work at Sam Phillips’ studio in Memphis; he bugged us for about two years to record with him, and we finally said we’d do it. We recorded 13 songs in one day—we wanted to prove that we still had that in us, and that’s how that studio works,” he adds of the historic landmark. “It’s all live, there’s no computer, and you just gotta go in there and knock it out. We had all these tunes to choose from, and we chose the ones that we knew would fit best in that environment. It’s so easy to go into the studio and start getting a little too ‘produced.’ We just wanted to put out a record that makes the listeners feel like they’re in there with us. You can hear things—people talking in the background, things like that—it’s all very loose. We wanted the vibe to be comfortable,” Trube continues. “We want people to have a good time.”