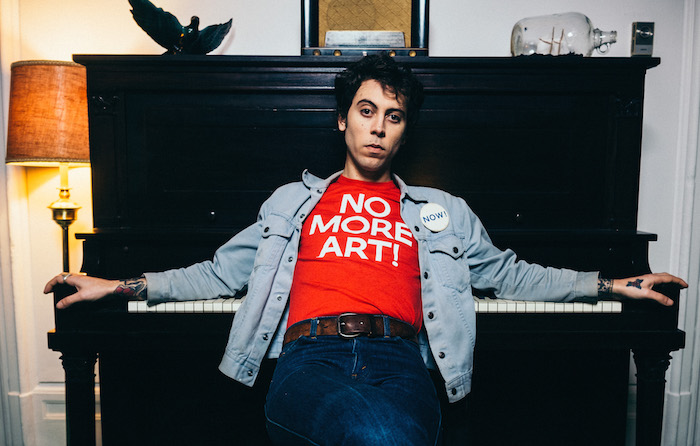 Daniel Romano is irritated with the monarchy. “I had so many things I wanted to do today,” laughs the native Canadian, whose to-do list is being seriously impeded by the celebration of the government holiday Victoria Day, though it’s hard to believe much would slow him down. Romano recently released his latest album, Modern Pressure, his fourth in one shape or another in the last two years, via New West Records.

He can write anywhere, and does, as evidenced by the amount of music he puts out consistently, though he sees himself as proactive rather than prolific. “At the end of the day, people can relate to more than one album a year, even though that’s not standard as far as the industry goes,” he explains. “When we realize that values change, we can understand there’s a more innovative approach to that heavy marching line type of marketing. I understand that people have shortened attention spans, I couldn’t listen to a record for a whole year before wanting something new. That’s not how the world works anymore,” he continues. “Not giving the listeners new material is not the best approach.”

His style runs the genre gamut, and he pushes against attempts to be categorized. “I never set out with any particular concept in mind when it comes to my music,” he says. “Songs have their own ideas, and how they want to take shape. This album might be the most conceptually sound thing I’ve made, but it took that shape in a sonic landscape rather than a lyrical one,” Romano adds. “It was kind of an accident.”

“I like it,” he continues of Modern Pressure, “I haven’t heard it in a while, and I probably won’t listen to it again. There’s a certain way I can appreciate the music, and hear it from a fan’s or a listener’s perspective if it’s done quick enough so that I don’t remember what it is. I’ll take a day after completion, and walk away from it, then come back and listen for a limited amount of time to hear it outside of being the author of the song. That’s important, because the listener is who you are curating for, not yourself, after the conception of the song,” he says. “It’s fun for me, and gives me perspective on what exactly is happening.”

Romano recorded in a cabin in Sweden, but he didn’t set out to isolate himself in an attempt to enhance his creativity. “I didn’t go to a secluded cabin to ‘find myself’ or anything, it’s just where I was staying because it was pretty,” he laughs. “It was beautiful, but I didn’t go there to find beauty,” he admits. “I could find beauty in a sewer.”

[Daniel Romano is going on tour–if you’re in the Nashville area, you catch him at Mercy Lounge on June 24th, click here for details.]