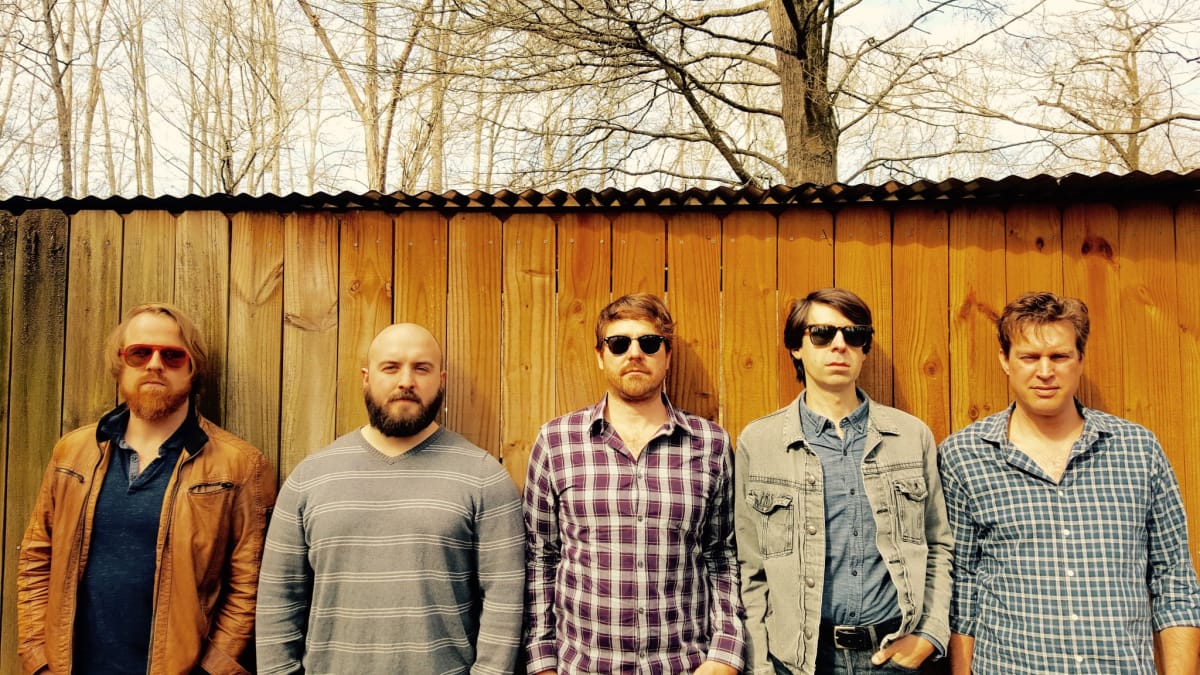 For decades, Athens, Georgia has consistently been a wellspring of groundbreaking music, of which R.E.M. and The B-52s are fine examples. Townsfolk joke that it has something to do with the latitude and longitude of Athens’ geographical position on the planet. “There’s something with the Earth’s magnetic pull that causes this massive creative energy that runs through everything in Athens,” laughs Brandon Taj Hanick, frontman of Athens-based anti-folk collective Future Lives, a “supergroup” of sorts, made up of former members of King of Prussia and The Drive-By Truckers. “You’re never too far removed from anyone in town, everyone is connected in some way, people are in multiple bands at a time,” he continues of the Athens scene. “We got together about two years ago; I pulled in friends of mine, and made some new ones along the way. It’s a very organic Athens band story.”

Future Lives will release its debut album, Mansions on June 27th; “It’s a long love letter to my wife,” Hanick laughs. “I know that sounds kind of sappy. I’ve written love songs, but never a full love album.” Hanick, who spent years bouncing around the world before moving back to Georgia, explores the concept of home on record  “I wrote most of the songs after I moved back to Georgia. It’s about movement; I don’t think home has ever been a physical place for me. Home is where you’re surrounded by love,” he adds. “The album explores settling down without settling, and growing up without growing old.”

The tracks on Mansions are also strung together with spiritual elements. “Living in the South, a place with so much soul, that’s unavoidable,” he explains. “There’s a tendency to steer clear of spiritual stuff in the indie rock world, I’ve done that as well. I didn’t grow up in the church, my dad is Jewish and my mom is Christian, but both are non-practicing. A while back, I started reading the Bible, and a lot of it made sense with my hippie-ish outlook on life—love is the most important thing is what I’ve taken from it,” he explains. “The South is the cradle of American culture—rock n’ roll was invented here, the blues began here, all these genres are heavily based in spiritual music in one way or another. People who play rock tend to shun the spiritual world, but I’ve started to embrace concepts that are bigger than worldly concerns and self.”

The album features 12 Americana-tinged road songs that are ready to inspire and delight eager listeners for the summer tour ahead of them. “I’ve done albums in the past that I like to call ‘widow-makers,’ like the last King Of Prussia album was 20 songs. It was a grueling process,” he continues with a laugh. “This album came together so easily; we kept saying things at the same time, a connection where we sort of know what the others were thinking and what they were going to do musically,” he says. “It was a really fun experience.”