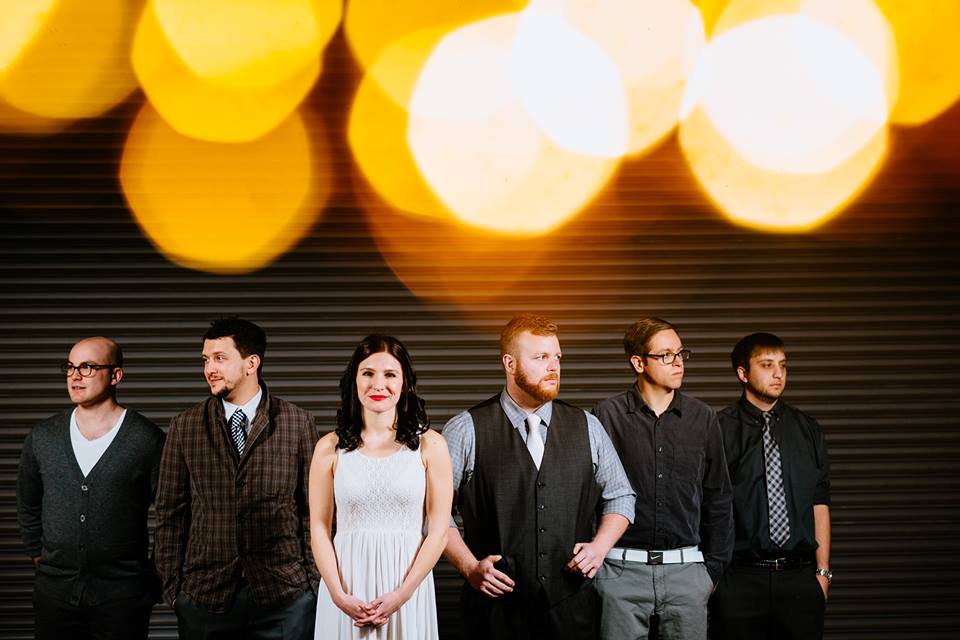 Eclectic: selecting what appears to be best in various doctrines, methods, or styles. Few embody those characteristics like West Virginia musical collective The Company Stores, who released a brand new album, Little Lights, in April. “We’ve been a band for about four years now— people have told us that we should focus on one genre and sound, but the more we create with this sound we have, the more we realize that’s the sound we want,” says band vocalist Casey Litz. “We all love different types of music, and we bring them all into the band.”

It’s true, The Company Stores explore everything from Appalachian string band sounds to Delta blues, to festival-style jams, calling their unique style “folk fusion.” “Why would we limit ourselves to one sound or one type of music?” asks guitarist Matt Marks. “I was listening to an album recently, and about four songs into it, I got bored. Every time I write a song, I want it to be different than the one before; there may be similarities in my style, but I always want to challenge myself as a writer,” he adds. “Doing the same thing over and over limits your artistic capability.”

Featuring multi-talented members—like a trombonist and keys player who is also an orchestral composer, and an Appalachian fiddler who is also a jazz trumpeter—boring is not a word used to describe anything about this band, who are proud to be from West Virginia, and pay homage to their home with the band’s name. “Our name is really representative of where we are from,” explains Marks. “West Virginia is one of the poorest states, and a lot of our people feel trapped in many ways. West Virginia has a way of beating down on people; in coal towns, the mine companies own everything. They pay their employees in scrip, and the workers don’t have money or assets,” he continues. “We are trying to get outside of West Virginia and show the world there is serious art here.” “Looking back at coal towns, there’s a dark history, and we’re here to tell those stories,” dos Litz. “You can go into a company store and find a little of everything, and that’s exactly what we bring to the table.”