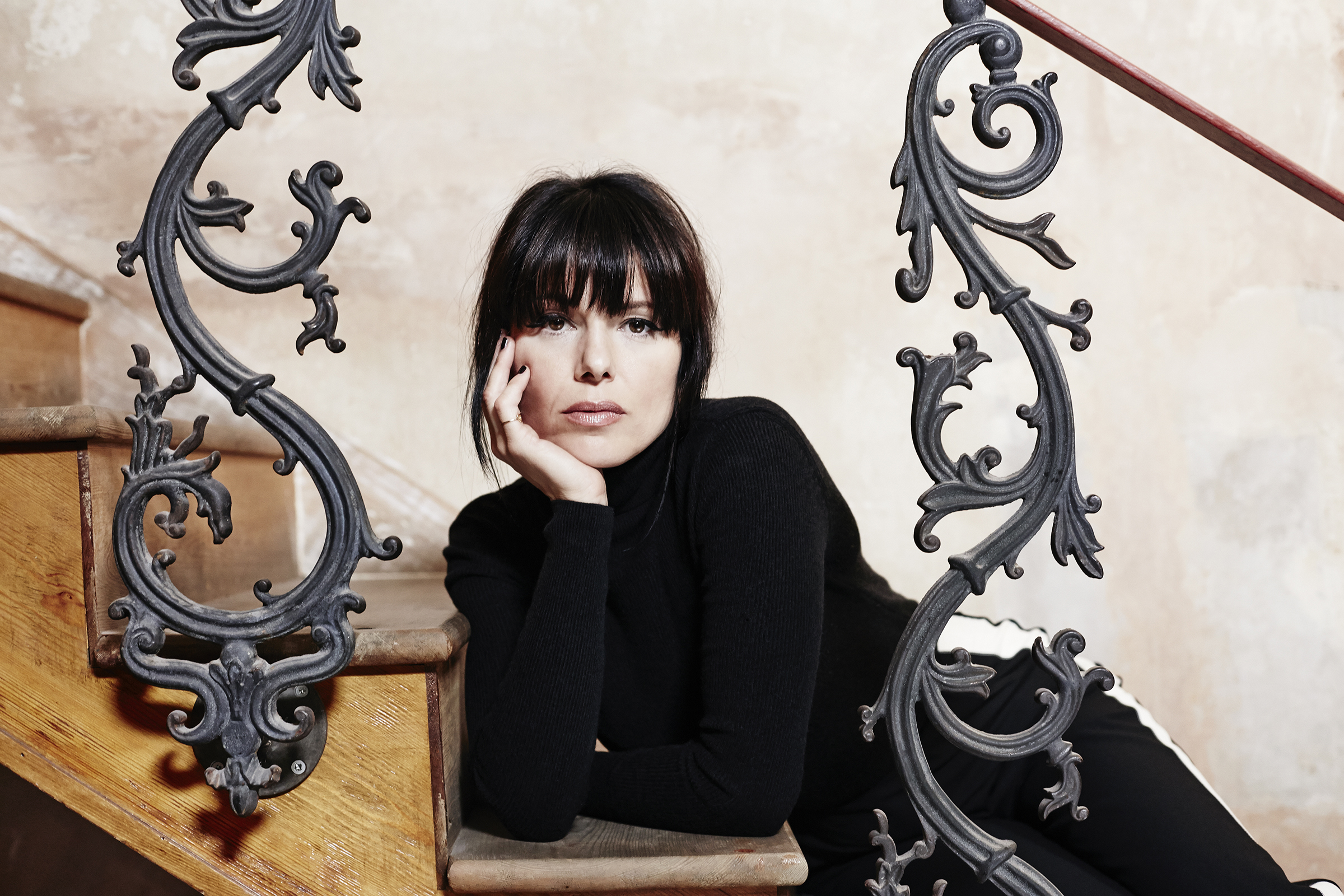 Irish musical force to be reckoned with and industry veteran Imelda May hops on the telephone for a chat, having just put her four year old daughter to bed; as she eyes the mess that is her post-dinner kitchen, she says, “I think women are fantastic, how we multi-task. We’re brilliant, I think we should all get a medal daily.”

May is definitely no stranger to the art of multi-tasking; over her two decade plus career, she has released four full-length records, toured the world, and started a family. Her fifth record, Life. Love. Flesh. Blood, released on Friday April 21st via Decca Records; written in the wake of a major life change, May approached the task of creating this one differently on all fronts. “I don’t feel it’s too much of a departure sound-wise, but I suppose it’s a departure from what most people know me for, what I’ve done over the last seven years or so, but I’ve been gigging for 26 years. I started out singing blues, and jazz, and country but I got known for punk, rockabilly, rock n’ roll, the direction I took later on because people told me not to do it, which is like a red rag to a bull,” she laughs. “I had plans for every other album, but I had no plans for this one. Life had changed a lot and I’d had a strange couple of years, great at times and difficult at times. I just wanted to write, and write, and write without knowing what the album was going to be like, and that was really liberating for me. I wanted to progress as a writer, and in doing so, I went back to my roots. Irish and American music are so closely related; for me, it fits quite comfortably together, like old friends. I like it.”

On Life. Love. Flesh. Blood, she processes the end of her 18 year marriage, though it’s not just an album about heartbreak. “Only about three of the songs are about heartbreak, but the rest are about everything else,” explains May. “That’s why I called it Life. Love. Flesh. Blood., because it’s about everything—yes, my marriage ended, but it’s also about guilt, regret, joy, desire, lust, sensuality, and letting myself be happy again. I was with someone for almost 20 years, and it’s nice to get to rediscover yourself,” she admits. “It’s a synapsis of a year in my life, it goes full circle for me, I put everything into it.” Though she had always written alone in the past, May took the opportunity to explore collaboration this time. “I wanted to learn and explore, and there are four or five songs I wrote with others,” she reveals of tracks like single “Black Tears,” co-written with Angelo Petraglia in Nashville. Always one to produce or co-produce her own records, this time, May handed over the reins to the legendary T Bone Burnett. “I’ve been a fan of his for a long time, and when I finished writing the album, I thought he’d be perfect, that he and my album would marry well. You can’t just work with someone because you’re a fan though, it has to be musically led, and this was for me,” she recalls. “He wanted hear the most basic demos I’d made, just me and my guitar, singing in my kitchen, and I was terrified, thinking ‘oh god, my guitar playing, how embarrassing,’” she adds with a laugh. “But, he had his reasons, he wanted to hear the rawness and where it came from. He was calm, he gave me space, and he let me breathe. I handed the reigns over to him, but he included me in everything.”

The album features guest appearances from the likes of Jeff Beck and Jools Holland, two artists who have been, as May describes, instrumental in her success. “They’ve both supported me big time. I’ve toured the States with Jeff Beck, we did the Les Paul tribute together, he asked me to sing on the Grammys with him, which was amazing, we get on so well. He’s a great friend,” she explains of the iconic rocker who contributes heart-melting guitar work on “Black Tears.” “Jools too, he gives me great advice, and it felt fitting to have them both on the most personal album I’ve ever made. They’re phenomenal.”

In a few short days, May will take her show the road, wowing audiences across the United Kingdom, Ireland, and the United States with her powerhouse vocals and captivating style. “I love writing, I love learning, and I work my ass off. I never studied music in college, but I learned it in clubs, and bars, and pubs, the way my heroes did,” she says. “It’s the best education I could’ve gotten. I can’t wait to get back out there.”