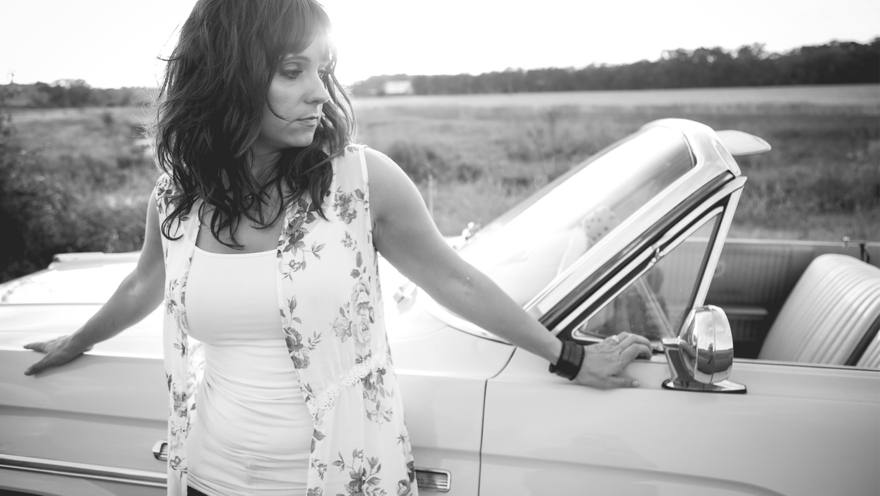 “Music found me as a kid,” says Georgia-bred Nashville-based soulstress Jessie Smith. “I was an average kid in every other way, but the first time I noticed I could keep a beat was in first grade church choir, I had to tell all the other kids when to come in! That same year, my mom and dad bought me a karaoke machine for Christmas; I went in my room and figured out how record myself singing on it, and gave the tape to my parents. They enrolled me in music lessons soon after.”

The young Smith had another defining moment when she witnessed gospel singer Babbie Mason perform at a local church. “I was so enthralled with the way she sang, I just had to stand up. I told my mom, ‘She makes me want to get up and get down!’ laughs Smith. “It was everything. I didn’t know what it was, but I knew I liked it. My dad showed me his music, particularly Gladys Knight—I wore her music out,” she reveals as she begins to sing snippets of her favorite Gladys Knight tunes. “Al Green was another one. I loved that laid back soul, the kind that had a lot of space in it. The groove is different; I liked those dirty sounds, really bendy guitars, organs, anything that gave me that stankface.”

Unfortunately, discouraging voices around her became louder than her dreams; a high school teacher found out she had plans to audition for Belmont University’s music school, and told Smith she wasn’t good enough to make it. “I didn’t get in; it was a huge blow,” recalls Smith, who was then offered a scholarship to study opera at Georgia’s Mercer University. “I didn’t want to sing opera, I wanted to sing soul music,” she says. She auditioned for Belmont again the next year, and this time, she made it. “I even ended up in advanced classes!” she declares. “It was really competitive and cutthroat, and I realized quickly that people weren’t going to stroke my ego, that they wanted me to do badly. It chewed me up.”

Still struggling to find her voice, the newly-graduated singer found herself under the tutelage of a record label executive who focused on country music. “I was so defeated by my college experience, I didn’t know who I was, I hadn’t found my my identity, so I got pulled into singing pop country,” she recalls. “I love the craft of songwriting, and was very respectful of the folks who wrote that kind of music, but it wasn’t a challenge for me, I didn’t connect to the subject matter. My mentor saw a lot further than I did, and realized it’s not what I wanted,” she adds. “I was devastated. I really thought this was my chance to prove to everyone who discouraged me, that I was somebody.”

The scrappy Smith, who had struggled with depression, battled an eating disorder, and who had been constantly underestimated, rose to the challenge yet again. She realized she didn’t fit into anyone’s box—and that that was a good thing. “I was wielding a sword, trying to prove my worth, and it drained me of my energy and made me angry,” she says. “I had to learn who I was without other people or some record label defining me. I needed to stop trying to impress everyone and just listen. I had a meeting with a producer and he gave me some advice—he asked what I wanted to do, and I said I wanted to sing soul music. He said, ‘Well then, why don’t you?’ That conversation really changed me,” she continues. “I decided to put both feet in the water and be myself, a white chick that likes soul music.”

Energized by finally owning her own narrative, Smith began writing songs, the swampier the better. On March 24th, she will finally release her debut full-length album, Like The Sun, created for her own voice and inspired by her own story, “The whole process embodied what I value—something that’s genuine, not pretty or polished, because I ain’t, that’s not who I am,” she laughs. “It’s vulnerable and has meaning. They’re not ‘pretty’ songs; it’s about pain and beauty together, someone trying to be as real as she can. I like songs that help heal, songs that bring hope, and bring light to subjects that are hard,” she reveals. “But you know what? If you harness the hard stuff, the bad things that happen in your life, you can soar.”