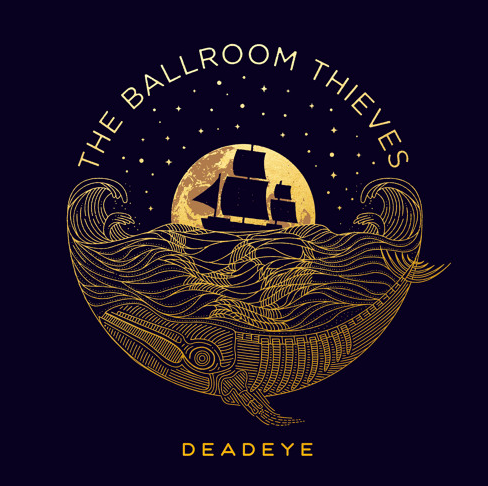 A smidge of rock, a drop of blues, all under the umbrella of full blown orchestral Americana folk—whatever you’re into, you can find it in The Ballroom Thieves’ new album, Deadeye, out October 21st.

With their sophomore effort, the group continues a tradition of constructing moving music built on the foundation of powerful lyrics, haunting cello, and three soulful voices that, at times, fuse into one angelic whisper, and at others, utter wails full of grit and heart and soul and truth.  Harmonies presented in tracks like “For Mercy” prove that The Ballroom Thieves have a mastery of vocal dynamics that effect my ears in a way that my words can’t even touch.  Though there are only three members, the arrangements range from the sparsely simple to the grand and lush, as shown on album track “La Mer Peu Profonde”, which has the feel of a full scale orchestra—it even appears the trio use running water, chirping birds, and other ambient sounds as instrumentation.

Though the songs are a product of friction, stress, tension created by the struggles of  being in a band, the songwriting is admirably pure and outside-of-the-box—art for art’s sake.  Yesterday’s struggles give birth to today’s strengths, and Deadeye is tangible proof.