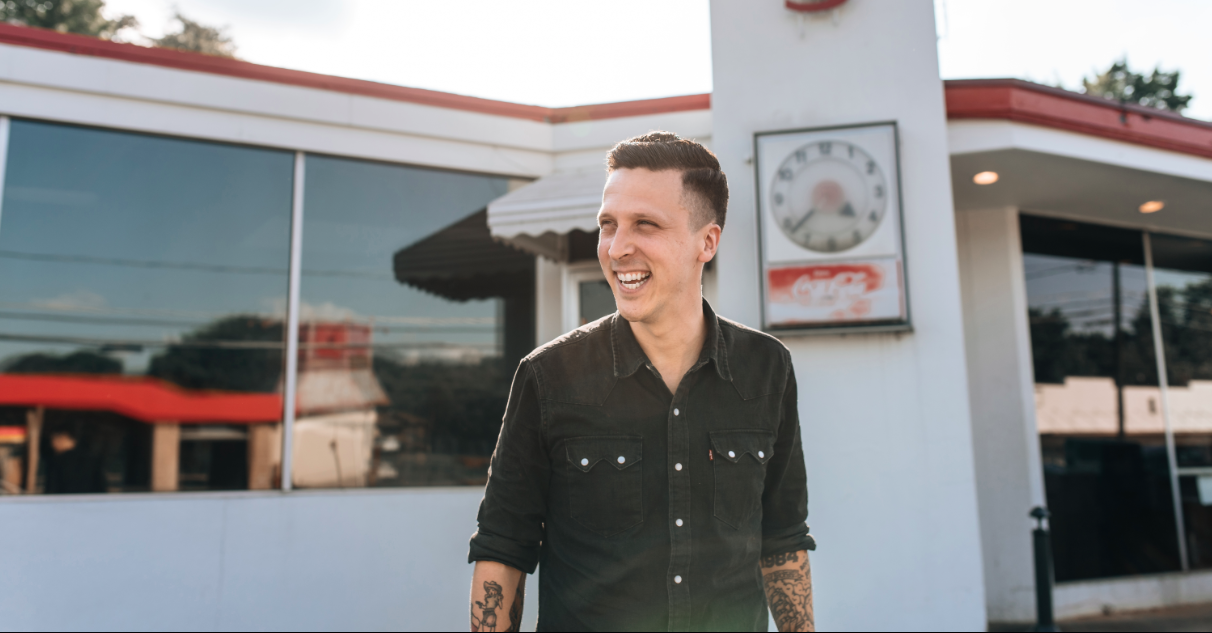 American Aquarium frontman and fellow North Carolina State University graduate, BJ Barham, had every intention of becoming a lawyer. “Music kind of got in the way of that,” he says in his endearingly familiar North Carolina accent.

In fact, Barham’s path has been paved with the unexpected. After releasing albums and touring for over seven years, American Aquarium couldn’t seem to gain traction in the music industry; in 2012, they released Burn.Flicker.Die., which was supposed to be their last before disbanding.  “We were tired, not making a living, running our credit cards up, and I was living in a storage unit in Raleigh,” he recalls. “We were kind of just done with it at that point. We’d been run through the ringer, and came out the other side in much worse shape than when we started.”

“We decided to make one more record and tour on it for about six months, and then we were going to call it quits,” he continues. “Lucky for us, the record about us being music industry failures was the record that was the most successful. It relit a fire under us as a band, and we’ve been climbing uphill quickly ever since. We’re in a good place now; we’re like a family.”

Since then, American Aquarium released their critically-acclaimed album, Wolves, and Barham will celebrate two years of sobriety on August 31st. “I drank a lot more than most people. It was time to get myself in check,” he explains. “I immediately saw a positive change in my performance and in my voice. I feel confident about what I’m writing now, it sounds more mature, my voice sounds better, our performance as a band is better. The glories of YouTube allow me to go back and see the drunken mess that we were,” he says with a laugh. “We were a really good drunk band, we could get wasted and still hold our own. But we’re so much better now; when we play a show, it’s like going to work, we treat it as a job, and we take it really seriously.”

On August 19th, Barham released his solo debut, Rockingham. “It’s the first thing I’ve done sober, and a lot of people have called it the best record I’ve written,” Barham says. “It’s a personal record, an honest record, and maybe that’s what sobriety gives me more than anything, clarity. Being able to fully realize what I want to get out of a song, what kind of emotions I wanted to inspire. I don’t think the songs I wrote while I was drinking were bad, they just come from a different place. I’m pretty honest in my writing, and I think it shines through, no matter what state of mind I’m in.”

Named for the county in which he was raised, Rockingham was inspired by and incident that occurred far from home. “We were in Belgium when the Paris attacks happened last year, and when we got off the stage, we were inundated with calls and messages from loved ones checking on us. Anytime there’s a chaotic moment in your life, your brain goes somewhere—mine immediately went home,” he explains. “I was thinking about my parents, my friends, and my family. These songs just poured out of me in a few days. I decided to make it a solo record because it was a very personal snapshot of where I grew up.”

While currently on a short break from touring with his band, Barham is set to play several solo performances to support the release of Rockingham, which will bring the singer to Nashville’s City Winery on August 31st. “Anytime I get to play those nice sit-down rooms, I feel really fancy. I’m still a redneck at heart, and when I get to play somewhere while people are sitting down and drinking wine, I kind of feel out of place,” he laughs. “It’s going to be fun—I’m excited to get back there.”