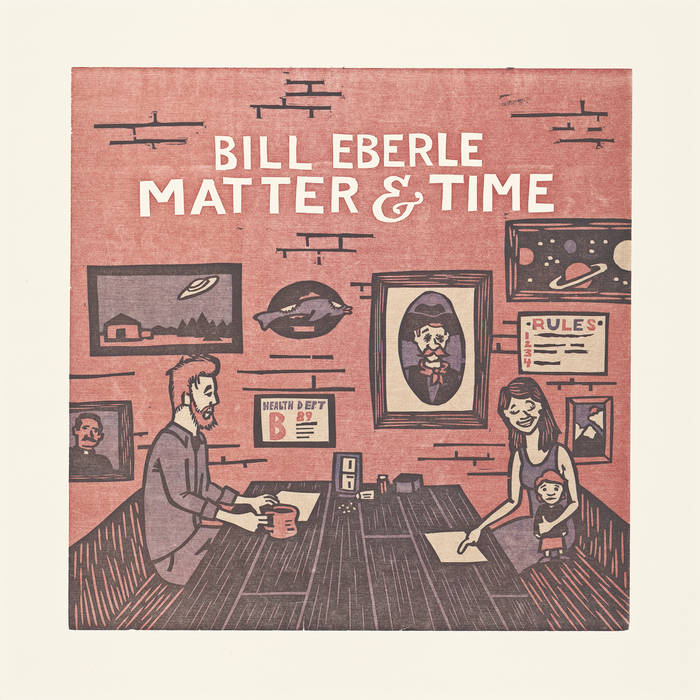 Nashville-based folk-rocker Bill Eberle makes us swoon here at Mother Church Pew, and his debut album, Matter & Time, is out now. While Matter & Time is a folk record that pays tribute to the genre’s traditions, it definitely moves into new and exciting territory (in fact, Rolling Stone Country recently named him an “Artist You Need To Know”).

Produced by Nashville guitar hero Dave Coleman (The Coal Men) and recorded with members of the Nashville indie-pop act EL EL, the album fills its songs with baritone guitars, hootenanny rhythms, evocative yet relatable lyrical imagery, and the wide-ranging voice of a singer who takes as much influence from Kendrick Lamar and Joanna Newsom as legends like Jimmie Rodgers and Bessie Smith.

If you’re a seeker of truth and a lover of hypnotic fingerpicked guitar melodies, heart-wrenching vocal emotion (vocalmotion? I feel good about it), earnest songwriting, and a touch of country-friend stomp, you should stop what you’re doing and give it a spin.

Check out some of our faves from the new album:

If you’re in the Nashville area, you can catch Bill Eberle’s live electric set here: