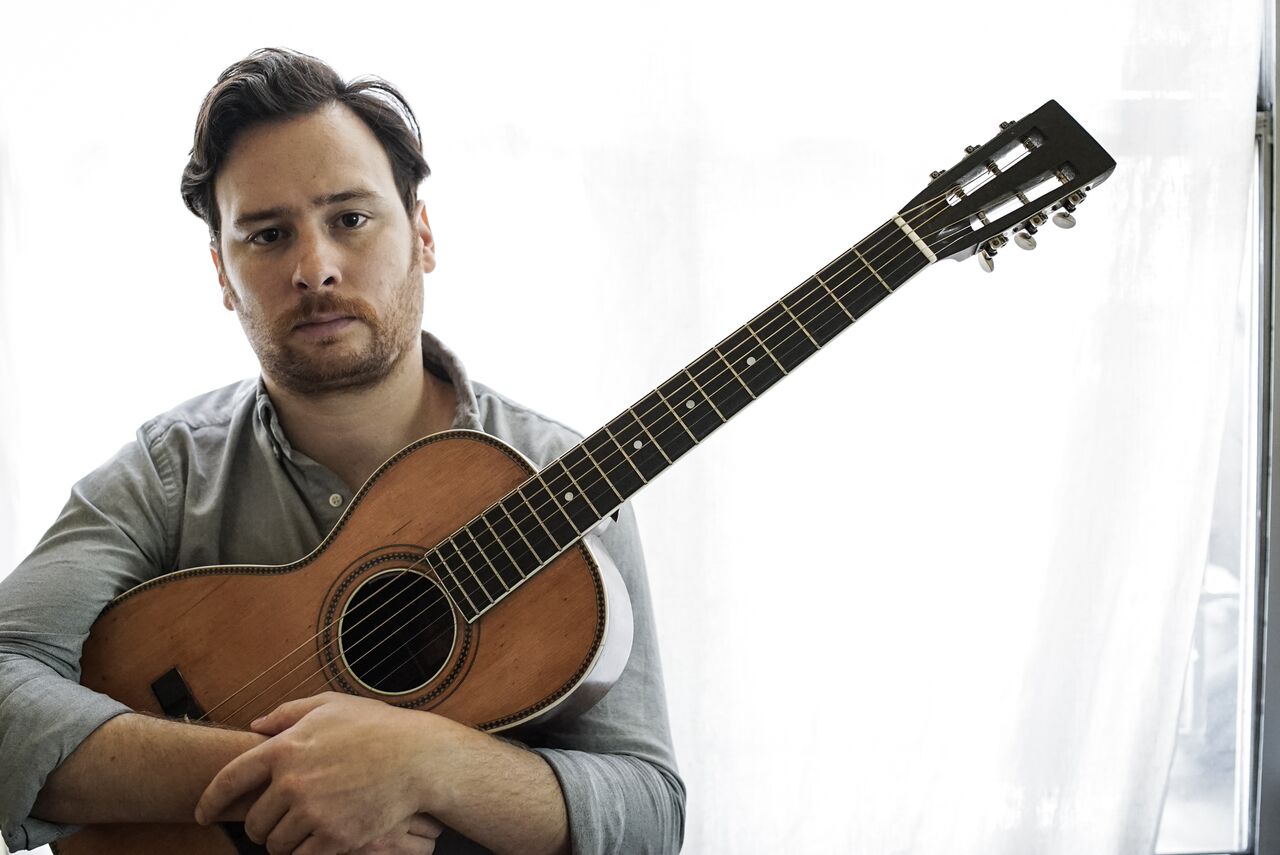 “I’m probably going to burn out soon; when I hit a stride where I’m writing a lot and being creative, I’ll just keep riding it out.  I just finished two solo records, so I’m kind of set for the next two years; I know I’ll get burned out, so I might as well go for it,” says Alex Dezen, frontman and founder of Brooklyn-based veteran folk rock outfit The Damnwells, who is releasing a self-titled solo album on February 12th via Rock Ridge Music.  The deeply personal eponymous self-portrait is is his first full-length solo record.  So what does Alex Dezen do when he’s not writing music for himself or for a star-studded list of others, on tour with The Damnwells, or playing intimate solo sets?  “I’m a pretty avid birder, I birdwatch.  Over the years, it’s gotten more intense. This year I’ve seen a black oyster catcher, I literally saw an oriole in Baltimore, and a blue-winged warbler,” he says with muted giddiness in his raspy voice.

“We toured with Cheap Trick early on in our career; I remember talking to their drum tech one night after a show, and he’s like ‘I have to go to bed, because I have to be up at 5:00 a.m. so I can birdwatch.  I’m a birder.’ Here was this dude, who was one of the loudest, most fiersome drummers on earth, and he’s going to go sit in the bushes at 5:00 in the morning and just watch birds. I thought that was so bizarre,” recalls Dezen of his introduction to the idea. “Later on, I went to graduate school; I remember sitting and working on my studies, and I looked out the window and saw the most magnificent Bohemian waxwing sitting on a branch picking berries off of it to eat.  He looked so immaculate out there by himself, and I realized there is a whole world that exists around us of which we’re completely and totally ignorant.  A whole world that has cultures and hierarchies, designs, and lifestyles that we don’t even know exists.  You just sit and observe another world that exist in our own.  Birds are interesting, they do weird things, and they’re adorable.”

When he’s touring, Dezen confers with the Audubon Society’s online community to find the best bird-watching spots and prime times in the cities he visits. “It’s not hard to birdwatch.  Literally, you can just look out the window and see a bunch of different birds in a matter of ten seconds,” he explains.  He also uses field guides, maps, and…apps? “I have the iBird app on my phone, so I can identify birds by song or by color pattern or wing shape or tail shape, that kind of stuff.”  Amazing.

He calls the red-winged blackbird his favorite, and adds “It is probably unusual for a birder to call it a favorite; they’re incredibly common and they’re not very specific about what they consume, they’re very loud and obnoxious.  They’re cool-looking, they’re kind of goth—all black with red patches on their shoulders.  They look like storm troopers or something, like an action figure,” he says with a laugh.  “They’re obnoxious, but at the same time, introspective; they’re often seen observing other birds, just sitting on posts along the highway, oblivious to what’s going on around them, not too concerned.  They don’t invade your space, but they’ll observe you.”

Birds are beautiful, but they’re also brutal. “American coots will have a litter of chicks, and will systematically go through and try to drown each one, and the survivors get to continue on in the litter.  They kill their own offspring to perpetuate the strength of the species and because there isn’t enough food to go around.  Pelicans will let their young fight each other for food, and kick out their siblings to let them die.  Here we are in our culture, so concerned with preserving life, we’re obsessed with the idea of life, meanwhile, other species are actively pursuing the cultivation of their greater and better aspects to the point where they will commit genocide among their offspring to perpetuate that strength,” he says. “It’s disturbing to us and completely normal to them.”

Dezen keeps a list of the birds he’s seen, and has a goal in mind; “Every birder tries to have what they call a ‘Big Year’, where they travel around for a whole year to see as many birds as they can possibly find.  Some of the trips require that like, you’re on a ferry from Juneau to wherever at like 7:45 in the morning because that’s the only time that a particular kind of bird flies over that particular region.  Other times, it’s like sitting in a park for a few hours in London to wait for another kind of bird,” he says with a laugh.  “At some point in my life, I’d like to do that.”

One thought on “Off The Stage: Alex Dezen of The Damnwells”