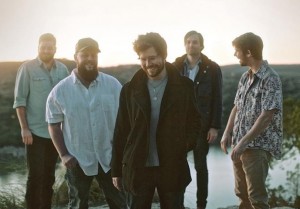 There’s a tangible sense of freedom that permeates the Texas landscape; when I lived there, it was impossible not to acknowledge the wild spirit of independence that electrified the air itself.  The atmosphere is rich with opportunity, as if anything is possible.  Texans possess a certain strength, where deals are still made on handshakes, and people do their best to support and take care of each other. I’ve never experienced anything quite like that anywhere else.  When asked about being a Texan, Shane Smith, frontman for Texas country outfit  Shane Smith & The Saints, answers “Yes ma’am.  Yes ma’am, I am,” in his politely gentle, yet distinctive Lone Star drawl.  “There’s so much open space here, it almost gives you a limitless feeling.  I love touring, and I love what I do, but at the same time, I miss that feeling when we’re on the road for a while.  It’s a very real thing.  That’s probably why the Texas music scene is so alive; we even have our own radio charts.”  It’s true; once your ears have been trained on the unique grittiness of Texas country, it’s difficult to settle for anything else.  “We play in the Texas country market, it’s our musical home, but even our sound is more in left field than a lot of the other music there.  Texas’ music scene has a very open ear,” he adds.

It was that combination of innate independence and openness that brought Smith and fiddle player Bennett Brown together in Austin; the pair joined forces to become a dynamic duo who entered and won numerous songwriting contests.   Their success ultimately earned them the chance to open for Texas country hero Charlie Robison, and prompted them to form a band.  Now, there are five members, who, in September, released their second full length album, Geronimo. “I definitely felt a lot of pressure on the second album; in my mind, whether it’s correct or not, the sophomore album seems vital to keep the train moving.  It was also nerve-wracking for us, knowing it was a much different sound than our first record.  We stuck to our guns, and we put out something we felt really reflected our live show, which is what has really built our fanbase over the last two years,” says Smith.

The members’ Influences span the sonic spectrum, from 60s Motown to Appalachian bluegrass and Irish folk.  Smith’s heroes are Texas Country giants like Townes Van Zandt and Guy Clark, writers that tell sincere and captivating stories with their lyrics.  Their influence on Smith’s writing style is unmistakable; his songs tell vivid stories with historical roots, like album opener “The Mountain”, which begins as an a cappella Appalachian hymn that transforms into a fiddle-heavy, folk song about the continuously burning underground coal mine in Centralia, Pennsylvania, or  “Crockett’s Prayer”, based on an Alamo survivor’s account of hearing Davy Crockett praying in the midst of the chaos. “I don’t want to sing words that don’t mean anything,” says Smith.  “I want to sing about real things that actually happened.”

The album’s name and title track are a nod to Smith’s fascination of and respect for the famed Apache warrior, but it also means something more personal; “It presented the perfect opportunity to relate the term ‘Geronimo’ with our intentions of this album and the ‘jumping from a cliff’ idea that it symbolizes,” declares Smith.  “If we are going to attempt a career in music, this album is our commitment to give it everything we’ve got, despite all of the odds working against us. “

Brimming with lush instrumentation and the fullness of four-part harmony, the album captures the energy of the band’s live performance.  The risk of a sound change paid off; their old fans are holding strong, and the new album has attracted loads of new listeners.  Unexpected doors have also opened for national touring opportunities, including some upcoming festival appearances.  The Saints will make their way to Tennessee for their very first Nashville performance at local venue Exit/In on Saturday January 9th.

“We’re trying to do something that’s unique, and we’re hoping that everyone can find something different about it to catch onto,” explains Smith.  “In the broad genre that’s called ‘country’ nowadays, it’s hard to win people over anymore.  We’re trying to stay true to its roots, and at the same time, open it up to people who didn’t even know they liked country.”