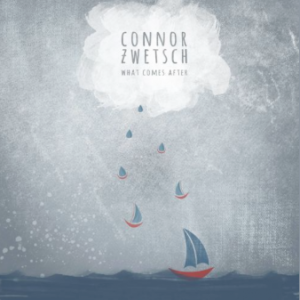 If Connor Zwetsch were an author, her What Comes After EP would undoubtably be her Of Mice and Men.  Extremely raw and emotionally honest in the most selfless kind of way, Zwetsch navigates a course which weaves through the cluttered and belittled paths of love, loss and survival.  Bold and wise beyond her years, Zwetsch opts to take the high road, trading bitter burns with five dollar words for hopefulness and a spotlight on the smaller, often overlooked good in life.

“Candy Bars,” for example, chirps along happily, illustrating the perks of a simpler, one-road town life.  “The nights are so dark we see all the stars,” describes Zwetsch as she paints a picture of “a town so small that we call it ours.” The instrumentation fits flawlessly under the the pensive lyrics, creating an everlasting combination, poised for one of the most underrated tracks of 2015.

The rest of the album follows suit.

“Open Road” highlights Zwetcsh’s 90’s influences, with a hint of Matchbox20 slipped into the intro before emerging into a Missy Higgins-heavy track.  “Back to Boston”, the album’s fourth of five tracks, tags along, highlighting Zwetsch’s desire to be a no-bullshit, straightforward singer-songwriter.  While she hovers closer to pop than Americana at times, there is no denying that she has joined the ranks of Brandi Carlile and Rachael Yamagata with her debut release.

If this her is her jumping-off point, I can’t wait to join her on her journey towards her swan song.