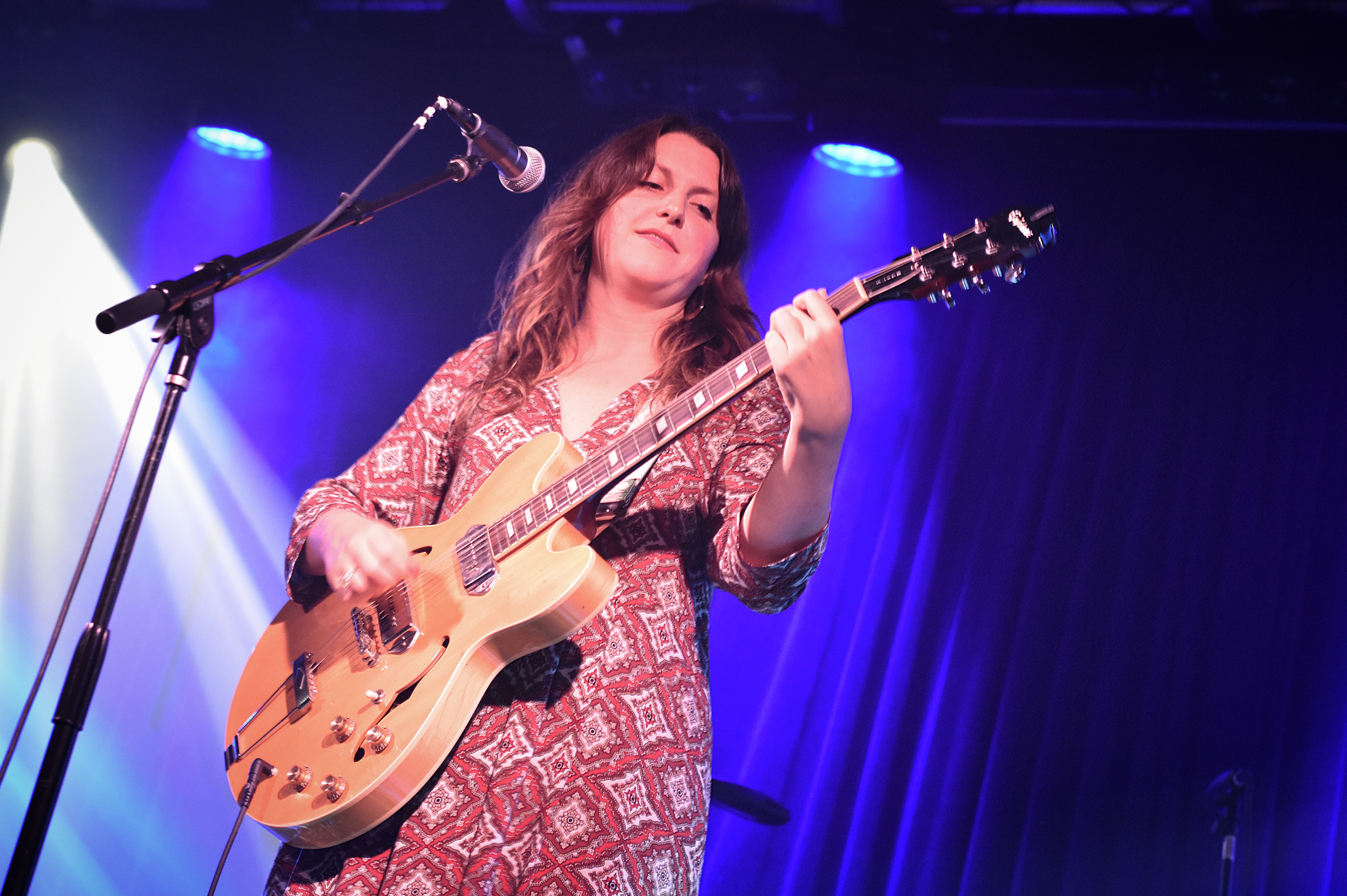 There are some things that defy the hands of time.  At her recent concert at Nashville’s 3rd & Lindsley, Caroline Spence ended her show with the title track from her last album, Mint Condition.  The song, a clear fan favorite, is an ode to the timelessness of love.  However, the song could easily be used to describe Spence’s fit within the Americana world.  Classic, reflective, and emotional—her sound remains rooted by the hallmarks of the genre.  Guided by her life experiences, observed through her artist’s eye, Spence adds a modern, personal touch to the traditional.

Featured as the headliner on Nashville Sunday Night, a live-broadcast concert series on Nashville’s Lighting 100, Spence broke out her well-honed songwriter’s storybook to showcase her reflective song work and provide a glimpse into her artistic inspiration.  While the concert’s true setting was a large club, with the world connected via radio waves and streaming apps, Spence’s storytelling ways transformed the night into a coffee shop vibe. It felt like each song was being sung to you and by the end, you felt like you knew the person inside the artist.

In a room full of drink specials and pockets full of tempting electronic devices, Spence was able to hold the room in silent listening joy. It would be impossible to ignore Spence’s honey-dripped vocals or the gentle, revealing way she delivers her lyrics.   Or to overlook the way the band’s musical delivery helped bring the words to life.  However, it’s her gift of verbal imagery that pulls you from your chair and puts you inside the song.  Whether it was her behind the scenes tale of wine-inspired songwriting or her ability to connect to the universal loneliness and longing that comes with journeying alone, her “Hotel Amarillo” packed a true emotional punch.  You could hear the room audibly exhale when the song ended, its collective breath having been held as she spun the musical tale.  She endeared with her poor decision-making anthem “Who’s Going to Make My Mistakes,” which served well as a toe-tapping tempo changer.  The room filled with cheers both at the beginning and end of her aforementioned show closer, “Mint Condition.” The song’s tender and sentimental lyrics could form an instant bond with even the hardest heart.

Spence never forced emotion on the audience.  The artist and crowd were close friends—sharing in confidences, celebrating the highs, and empathizing with the lows.  Americana has always placed a premium on moving lyrics and classic folk country sounds and Caroline Spence is Americana to her core.