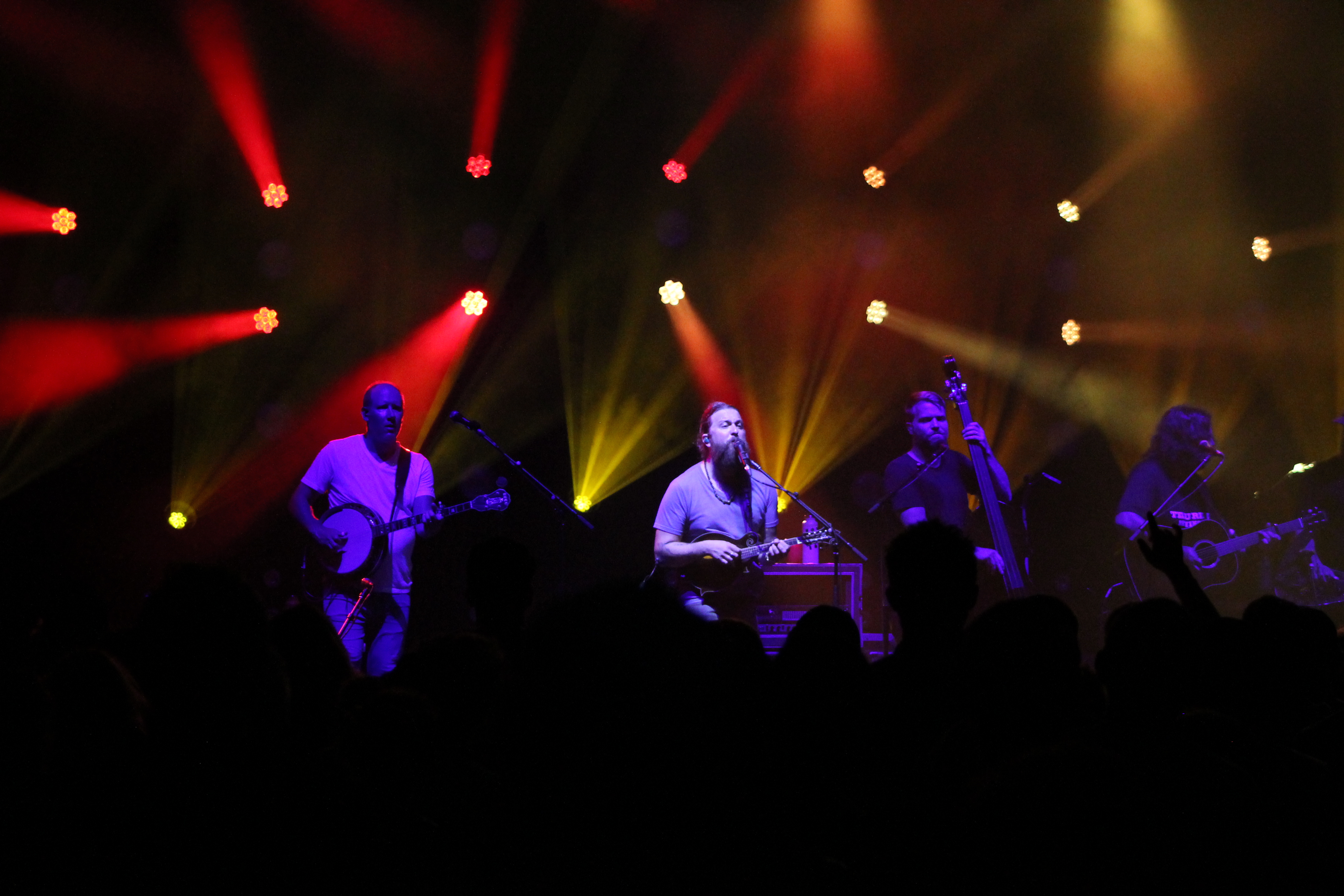 Koka Booth welcomed a healthy crowd for two sets of Greensky Bluegrass despite the thermometer’s reading of 95 at show time.  After a nice warm up set by RayLand Baxter, the quintet marched out on stage ready to ignite the attendees with their signature string picking. Greensky’s lineup consists of Mike Devol on stand-up bass, Michael Arlen Bont on banjo, Paul Hoffman on mandolin, Anders Beck on dobro, and Dave Bruzza on guitar.  Each member’s talent rivaled the next as each instrument earned their time to shine.

The “jamgrass” musicians kept their improvisation skills behind the scenes during the first half of set one which included new tracks “What you Need” and “Murder of Crows.” After Hoffman gave a shout out to the local radio station for streaming the night’s show, the set took a welcome turn into the ether with an extended version of “Last Winter in the Copper Country.” “In Control” led appropriately into the first set closer-sandwich of popular covers— “Can’t Stop Now”-”That’s What Love Will Make You Do”-”Can’t Stop Now,” the latter allowing Hoffman to channel his inner Sam Bush with a flaming mandolin.

Everyone caught their breath and got ready for the second set which was filled with technical jamming and moments of deep space. “Lose my Way,” “Train Junkie,” and “Worried about the Weather” all clocked in over 11 minutes while accompanied by their sublime light show.  Hoffman again added some humorous banter while referring to an old original track “Less Than Supper,” a reggae tune that showcases a bouncy bass line from Devol. Greensky soared to the finish line of the night with two more covers including the Grateful Dead’s “China Cat Sunflower.” The encore serenaded the sweaty and tired crowd back into time with the King of Bluegrass Jimmy Martin’s “Drink up and Go Home.”

Don’t let the name fool you, Greensky Bluegrass is anything but a traditional group of pickers.  While this Michigan-based group stays on stages, progressive bluegrass surely has a bright future. 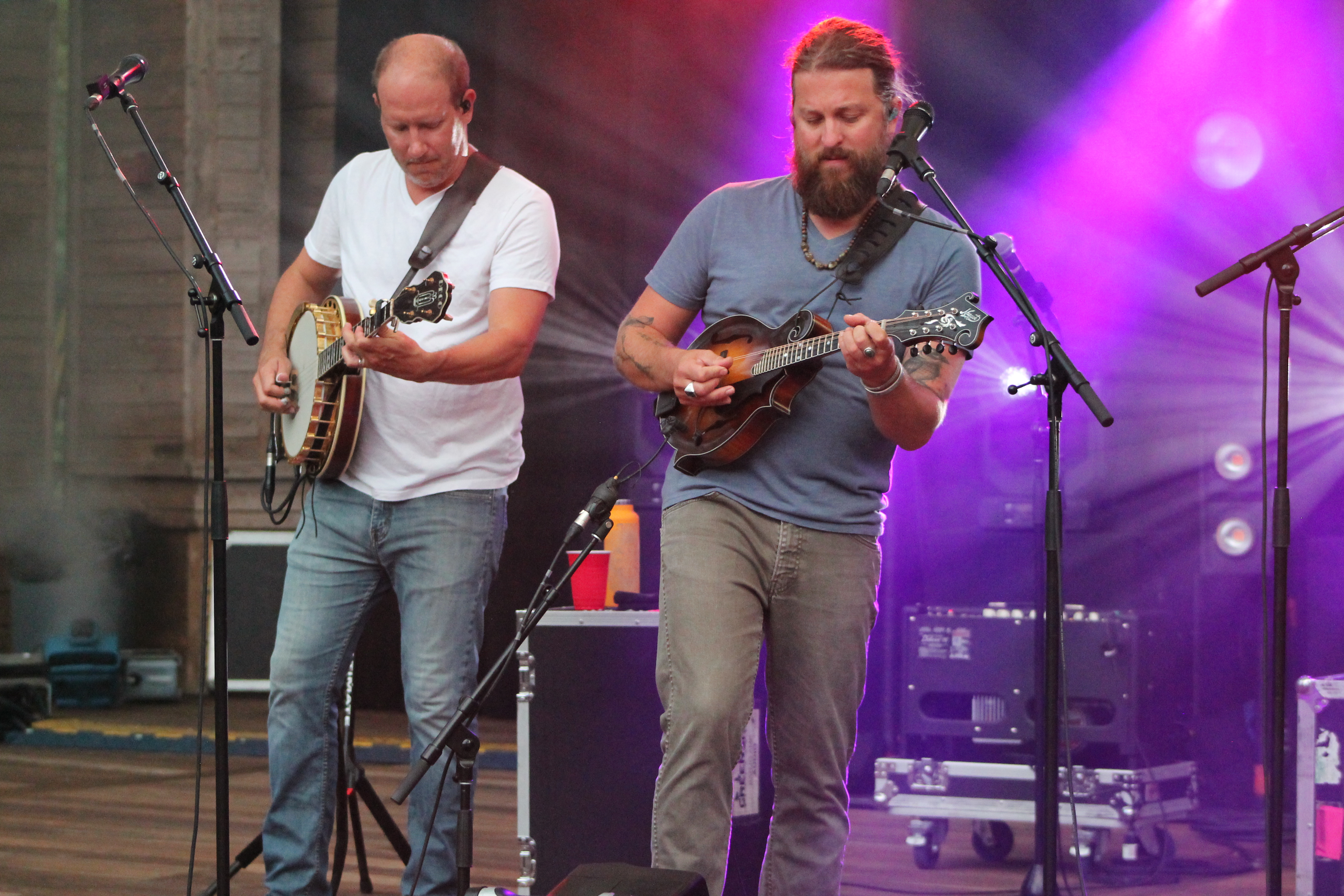