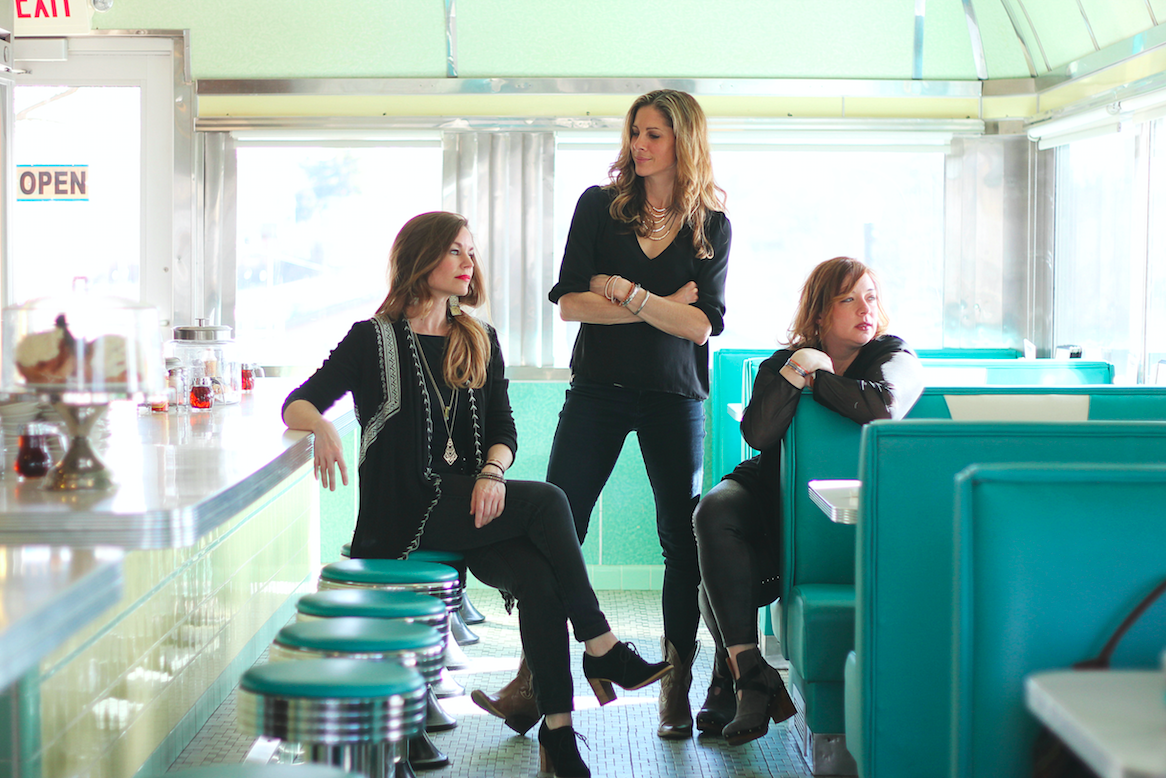 It’s been said that home is where the heart is, and that’s exactly what Wisconsin-based trio Gin, Chocolate & Bottle Rockets explore in their new single “This House,” a song from their forthcoming album Lean, out June 1st.

“‘This House’ is a song about how a home is not made up of nails and bricks, but of the love and memories that live between the walls,” says Beth Kille (vocals/guitar). “It was inspired, in part, by the after-supper living room dance parties that I used to have with my husband and young son. I realized one day that my son was too short to be seen through the windows from outside, so anyone who happened to pass by during the festivities probably thought that there were two crazy grown-ups dancing with flashlights (hence the line ‘all the neighbors wonder what we’re up to’),” she laughs. “I brought the basic idea for the tune to bandmates Shawndell [Marks] and Jen [Farley], who helped me flesh it out with their lovely harmonies, an accordion, and an apropos kazoo solo.”

And who doesn’t love a good kazoo solo?

With powerhouse harmonies reminiscent of bands like Wilson Phillips and Wailin’ Jennys, the trio’s musical chemistry emanates from the speakers like morning sunshine through a kitchen window (the same kitchen used for impromptu family dance parties), a cozy yet upbeat closer for one lovely album.