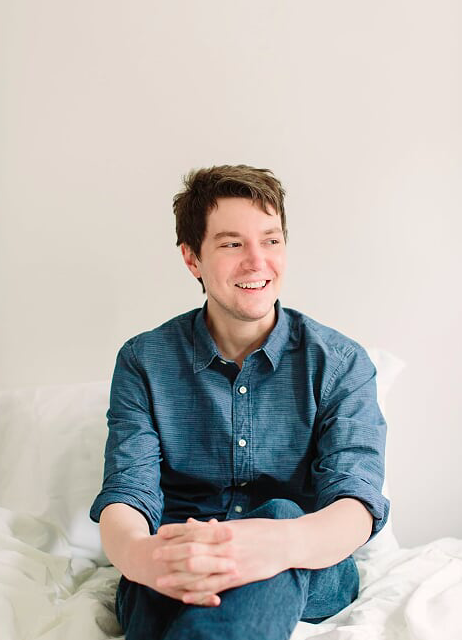 “You’re coming to a fork in the road, how will you choose?” sings folkicana songcrafter Jake Winstrom in his new single, “Blue Eyes Don’t Fail Me Now.” With bright fiddle licks that match sweetly executed harmonies, it’s hard not to be won over by Winstrom and his jangly new tune.

“I’m embarrassed to admit I wrote it in a vain attempt to win over a girl. A dumb idea that failed miserably! But I got a pretty good song out of it,” he admits of the song, which went through several permutations—from folky ballad, to reggae-infused something-or-other, to its current upbeat grassy form.

“I’d always thought of it as kind of a ‘tear in beer,’ poor-pitiful me song,” he continues. “But it turned into probably the most unabashedly joyful thing I’ve recorded. The band we had (Evie on fiddle, Kyle Campbell on banjo and mandolin, Vince Ilagan on upright bass, Jeff Bills on drums, and Leah Gardner on vocals) really gave it a nice little swagger.

“And speaking of swagger, Leah has it in spades,” he adds. “She’s one of the best country singers and songwriters around. There’s a pure quality to her voice and her music that I think is really few and far between. I’d been dying to sing something with her for a while, and this turned out to be the perfect opportunity to really dig in on a duet. I love her performance,” he says. “She erased any lingering self-pity in the lyrics and gave it some sass.”

The track is featured on the Tennessee-raised New York-based Winstrom’s forthcoming solo album, Scared Away The Song.