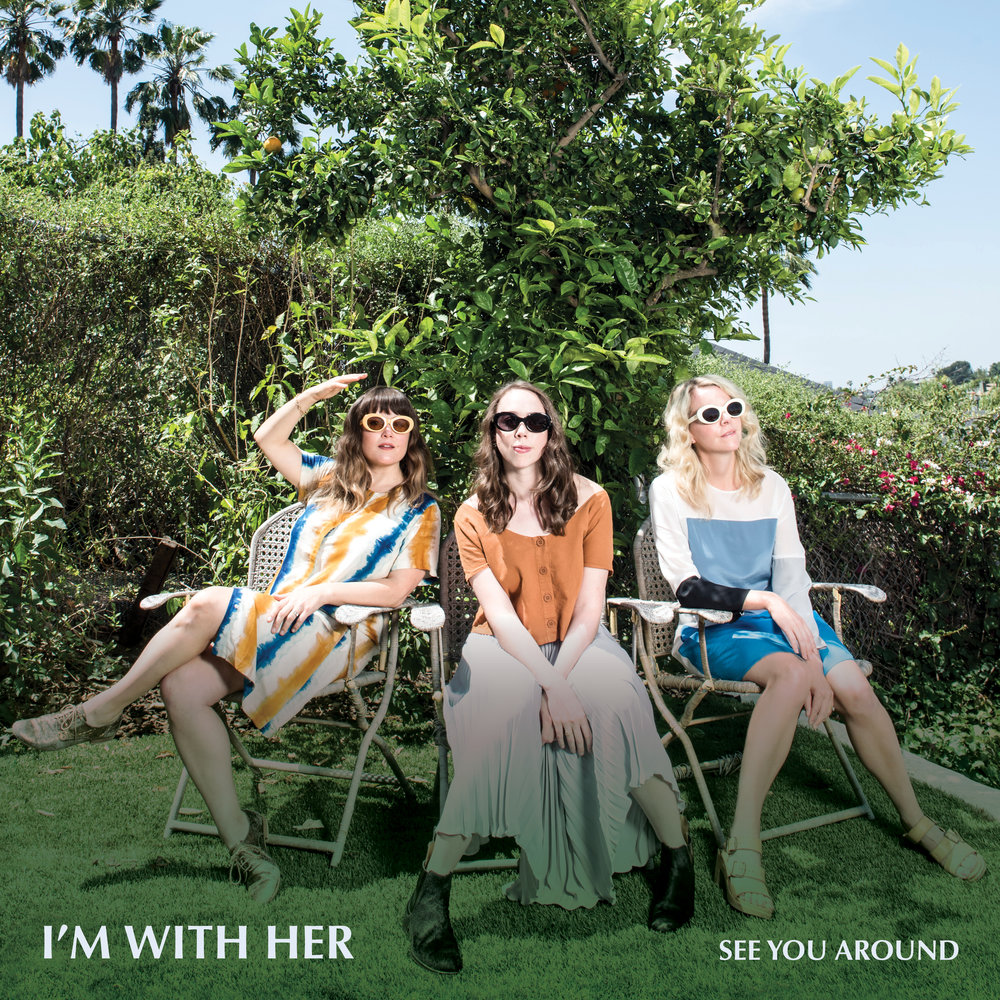 See You Around, the much-anticipated debut album from I’m With Her, sounds as natural and opiate as one would expect of a release combining the talents of three of folk music’s most accomplished musicians, songwriters, and vocalists.  What’s more is that the trio, comprised of Sara Watkins (Nickelcreek, Watkins Family Hour), Aoife O’Donovan (Crooked Still), and Sarah Jarosz, manage to do so without the thematic and constructive clumsiness that often accompanies releases by so-called supergroups.

The songwriting on this record is uncompromising, measured and careful. The journey begins with the album’s namesake “See You Around,” a quintessential example of a good overture. There is a little bit of every song in this one, but it stands on its own and invites further listening. Among other strong offerings, “Ryland (Under the Apple Tree),” stands out. Eroticism done subtly is not easy, yet “Ryland” manages to do so. The combination of minimal soundscape, lush harmonies and masterfully articulated phrasing mesmerize, a sensation that lingers long after the song’s ending.

While an impressive and excellent showcase for Watkins and Jarosz as instrumentalists, this album would do just fine without  album track “Waitsfield.”  Though on its own, the song is a clever, sometimes crooked tune that will please the more traditional fans of these musicians–a perfect piece of modern functional music. See You Around was produced by Ethan Johns (Ryan Adams, Kings of Leon), a seasoned, respected, veteran who no doubt realizes that sometimes the best thing to do for a trio made up of all-stars like Watkins, O’Donovan and Jarosz is to get the hell out of the way. On See You Around, he does just that.

[Click HERE to purchase See You Around by I’m With Her, out via Rounder Records on February 16th.]