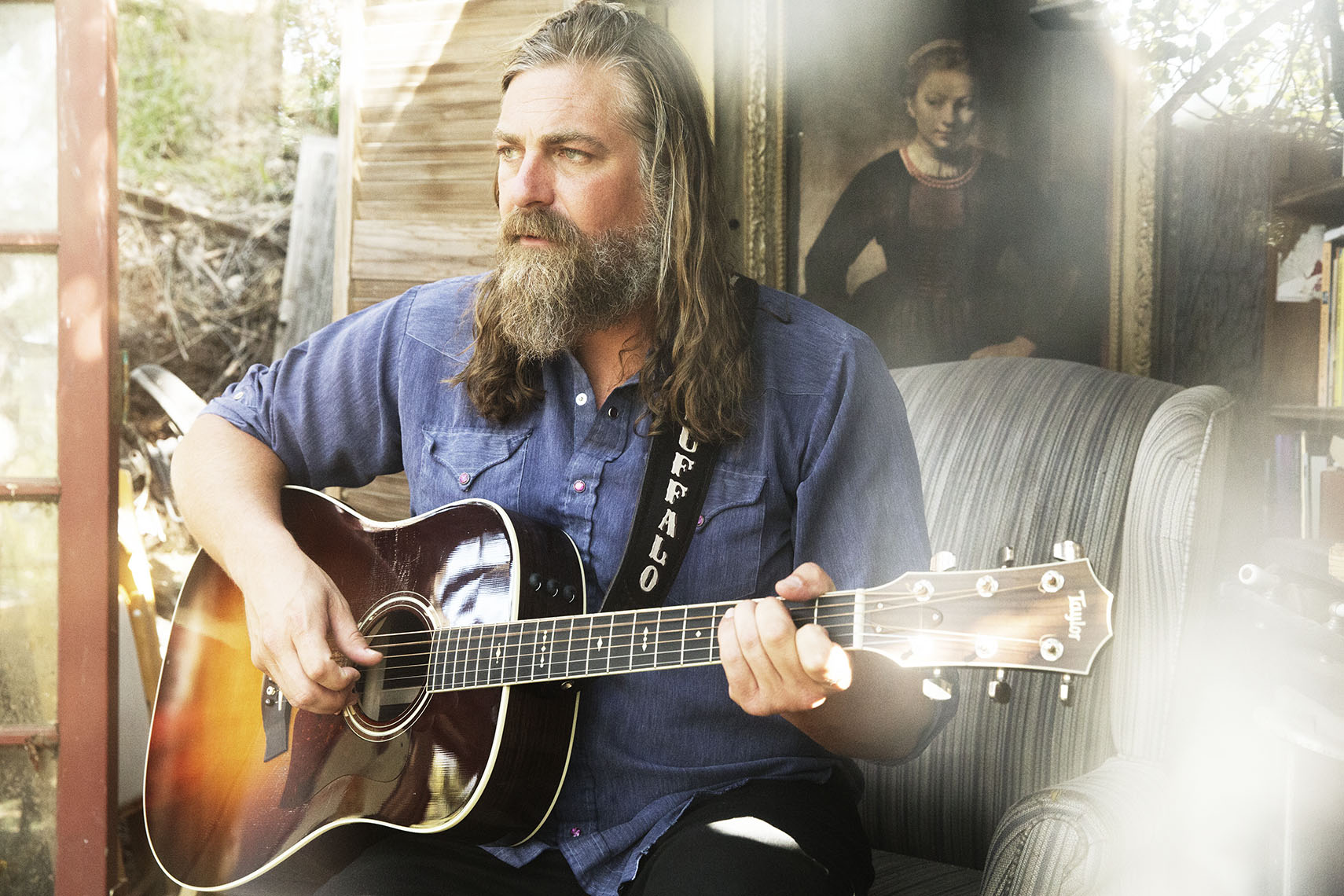 “This album came in a crazy way,” says swamp-tastic crooner Jake Smith, who makes his bluesy brand of music under the moniker The White Buffalo, of his forthcoming album, Darkest Darks, Lightest Lights, set for release on October 6th via Thirty Tigers. “I didn’t have a huge well of songs—in between albums I was writing and had a bunch of ideas, but nothing seemed cohesive, and I didn’t feel very confident about them. I finally said, ‘Let’s just start Wednesday,’” he adds about jumping feet-first into recording. “I willed myself into writing, and ended up with some of the best material I’ve written almost a song a day. I hit a lucky, prolific time, it came really fast. I wrote the songs during the month of recording. This is the fourth studio album I’ve done with my current label, Unison, but this time was different. We wanted to get more of a live feel, so we took a different approach,” he continues. “I was up for the task.”

The album houses songs about everything from pondering life’s greatest questions to murder. “I wanted to go, musically, lyrically, and vocally, as deep and as far as I could go on either side of the light and the dark, thus the album name,” he explains. “There’s so much going on in humanity and in life; there are terrible things that happen, and also very beautiful things that happen. I want to touch on those things and approach them, and it just spills out.” Smith came of age in Southern California during serial killer Richard Ramirez’ reign of terror, and Smith penned “Nightstalker Blues” based on those memories. “I remember the fear and paralysis he created throughout his random spree,” says Smith. “I enjoy going down those dark paths; I’m lucky enough to have the kind of voice that can be tender in some songs, and scare the fuck out of you in some other songs,” he laughs. “I enjoy writing those kinds of fantasy songs; I did a lot of research when I wrote that one that took me down a really scary rabbit hole, I was feeling uneasy for a few days with that gnarly subject matter.”

Smith, who is as comfortable touring with a full band or sitting alone under a lone spotlight with his guitar and his grizzled, baritone voice, shows several sides to his multi-faceted stylistic talent with the album’s varied sound. “Some stuff is swampy and bluesy, some is more rock-oriented. I also took a different approach to the guitar this time,” he explains. “I’d played it as a crutch in the past, and took a really primitive, animalistic style of playing. I wanted to make it more intricate; I tried to figure out how to make each song go to the extreme in making people feel something. I don’t censor myself. Even the fantasy songs, I try to approach in a realistic way. They’re smaller human stories with deeper, underlying meanings,” he continues. “I appreciate the fact that through the darkness or the reality, people can relate to it.”