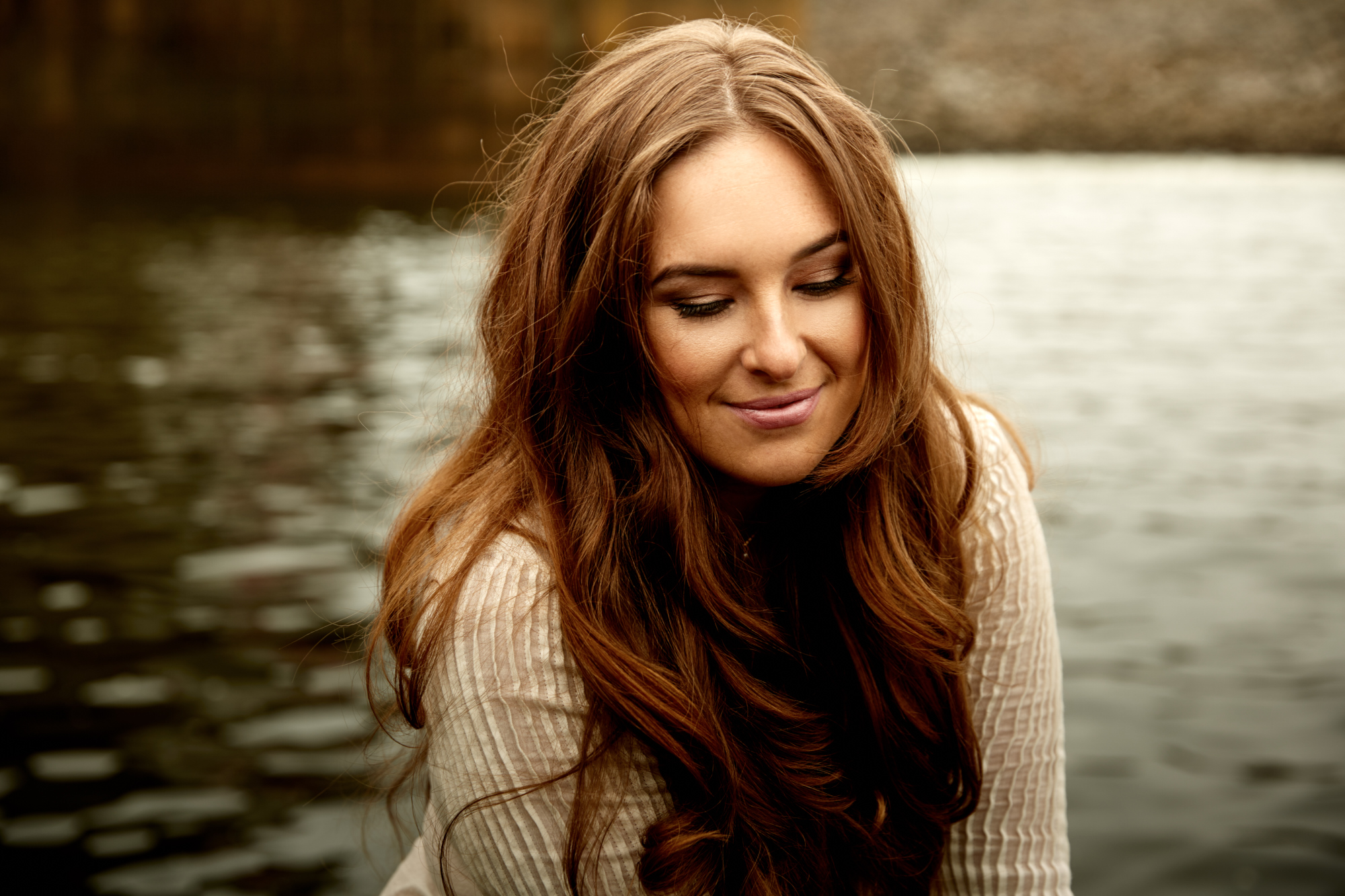 “One distinct memory I have is dancing around the living room to Brooks & Dunn when I was a kid, ‘Boot Scootin’ Boogie’ was my song,” laughs country roots artist Kayley Hill. Raised on a steady diet of The Dixie Chicks and Martina McBride, Hill developed a taste for country music and bluegrass acquired during her upbringing in Bristol, Tennessee. “Don’t get me wrong—I love pop music, all different kinds of music, but the sounds of bluegrass and old school country are what I resonate with,” she explains. After graduation, Hill’s classmates were headed to New York City, but she heard a different call. “I had really delved into songwriting in college, and I knew Nashville was where I needed to be,” she recalls. “It’s been such a ride already.”

“Besides my vocal training, being able to be present when I’m onstage, and being able to relate to people emotionally are by-products of my theater training,” she continues. “Every word had a place and had to be conveyed a certain way in musical theater; being very conscious of the backgrounds and the stories about the characters helps me a lot. I had to take dance classes too, and it helped me kind of ‘get into’ my body, it made me really aware of how my body moves and how I present myself to the audience,” she says. “I’m so thankful for my education, it really prepared me.”

On Thursday, June 15th, Hill will celebrate the release of her debut album, Never Knew Love, with a full band show at Nashville’s City Winery. The album’s eight tracks showcase Hill’s golden vocals—crystal clear and as smooth as warm honey—punctuated by a stellar backup band of countrified and epic proportions.

“On this album, you’ll hear inspiration from Wanda Jackson and a little rockabilly, a little Alison Krauss, some Miranda Lambert—I love her energy and authenticity,” Hill says of her stylistic influences. “Even so, it’s all my own thing, I can’t be anyone but myself. It’s a reflection of my experiences over the last couple of years,” she adds. “There’s a song on the album called ‘Corner of Yawkey’ about where I lived in Boston, by Fenway Park. ‘Goodbye Song’ is about the loss of a friendship, and how sometimes you reach a point in a relationship when it’s unhealthy and you have to cut it off. There are also story songs, like ‘Get Away,’ which isn’t about me at all, it’s very Bonnie and Clyde. It’s my Tom Petty song,” she says with a laugh.

Even a cursory listen to Never Knew Love leaves no doubt that Hill is doing what she was born to do. “Music isn’t something I could ever walk away from, even if I never was successful and no one ever heard my songs. I would still do it,” she says. “There’s nothing I love more than to be onstage and singing for people.”