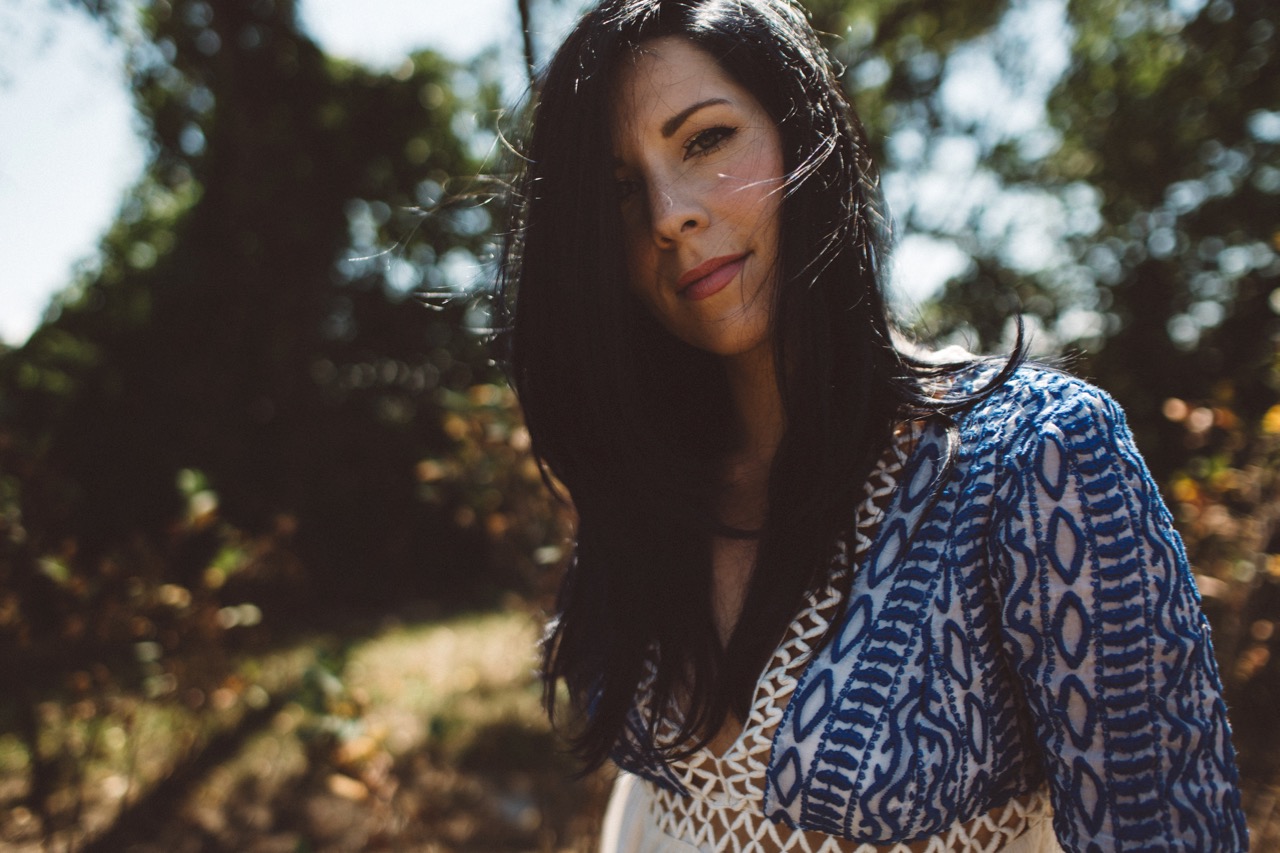 The creative process looks a little different when you live in a tiny trailer with your husband, two small children, and a dog; such is the life of Americana songstress Jetty Rae, who has adopted a minimalist lifestyle, and crisscrosses the country in 180 square feet of nostalgic Airstream trailer. “When we stayed in Moab, Utah, I was able to go have a campfire by myself after everyone went to bed; I was surrounded by these ginormous red rocks under the starriest sky I’d ever seen, and I played music and wrote. A lot of what I do just stays in my head until I have the space to jot it down,” she explains. “The experiences we’ve had on the road have provided lots of inspiration.”

While on a mission to live debt-free, Jetty Rae had penned the song “Off The Grid”, a daydream of sorts about getting rid of material things and finding freedom on the road. “All of my ‘stuff’ had started making me feel claustrophobic. A couple years later, I saw this ’79 Airstream on Craigslist for $3,000, which was so cheap!” she exclaims. ““They’re gorgeous aren’t they? I think my fascination with them might go back to my grandma, Jetty Rae, that’s who I’m named after–she lived in so many different little trailers, she was super nomadic. She lived in California, and whenever we’d visit her, she’d have a different trailer. She did what’s called ‘boondocking,’ she didn’t stay in actual campsites, she’d just be in the woods somewhere. She was full-blooded Native American, and I feel like it was her version of a teepee,” she says with a laugh. 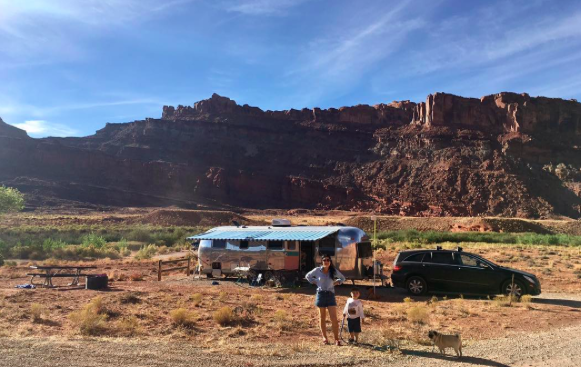 The pair bought the trailer on the spot and spent the next year and half renovating it to suit their needs. “It’s like a tiny house inside—there’s a butcher block countertop, a big porcelain double sink, a pull-out couch. We have way more than we need in the Airstream—we still continue to purge; about once a month I’ll grab a bunch of stuff and just get rid of it. We have everything we need and want; one of the key factors of being a minimalist is you hold onto your favorite things, you know, you have a favorite spatula or a favorite pot that you use all the time. We’ve traveled about 8,000 in the Airstream, we’ve been everywhere, putting it to good use. I’m not trying to downplay it though, it can be hard living in a small space.”

Now, Jetty Rae, who has shared stages with the likes of Grace Potter & The Nocturnals, Sarah McLachlan, and Miranda Lambert, is preparing to release her latest album, Can’t Curse The Free, in February. “The album’s title encapsulates all of the songs; there’s a lot of tug-of-war and heartbreak on there, but there’s hope. I don’t sugarcoat the fact that people go through things, but there’s always hope. Life isn’t worth living if there’s no hope,” she explains. “Can’t Curse The Free means no matter the circumstance, you can’t curse me, I’m not going to live in that mentality of being a victim or being cursed by sadness or depression. My last record was excruciatingly autobiographical; I wrote a lot of other people’s stories on this one. It’s vulnerable, but it’s not just about me this time,” she adds. “The pain I’ve experienced has opened my eyes as a songwriter to process my pain and other’s pain and hurt, and my confusion at why these things are happening to people.”

Living a minimalist lifestyle has also changed the way Jetty Rae schedules her live performances, which can occur anywhere from around campsite campfires, to fans’ homes, to venues; she’s excited to tour in support of her new album, and is looking forward to hopping in the Airstream and hitting the road. “I love talking to folks and I love that exchange that happens during the live performance,” she says. “I can’t wait to share these songs with people.”