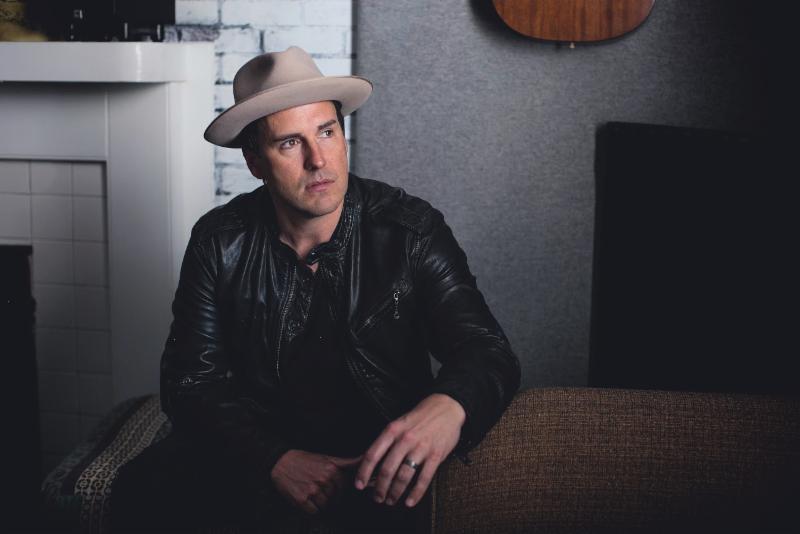 “My college roommate had a guitar and all the girls thought he was cool, so that inspired me to pick up music,” laughs multiple Dove Award winner Chuck Dennie. The Nashville-by-way-of Texas artist has blazed a new trail with the release of a new EP, Gypsy Heart, under the moniker of his new project, Aledo.

This newly blazed trail is paved with honesty, achieved through struggle and hard-fought redemption. “I grew up in a broken home around some crazy stuff,” he recalls. “I became a Christian at 17, and really explored my faith in college. I started a worship band, and two years after that, we had a record deal.” Dennie relocated to Nashville with friend and former bandmate K.S. Rhoads, and the group toured constantly for a decade. “I got engaged and was ready to quit the band, and the label told me that it wasn’t the right time,” he explains. “I had to make one more record, so I made something simple and easy in my basement just to get it done, and didn’t think any of them would sell. One of the songs on the album went #1 on the radio for about 25 weeks. Then I quit.”

Shortly after, churches came calling, and Dennie decided to enter the ministry, but after several years, his present and his past began to collide, “I realized I was trying to help others with their lives, and I was the one who was broken,” he admits. “I never dealt with the abandonment and emotional pain from my past, so I decided to dig in and figure it out. I checked myself into an intense week-long program called Onsite here in Tennessee. That experience transformed me.”

When he emerged from Onsite, he resigned from his ministerial position, and turned to music, his life raft. “I called K.S. and told him I was going back into music, and he said ‘Finally. I’ve been waiting for this’.” Dennie recalls. The pair joined forces in November 2015 to write an album’s worth of new material which culminated in Gypsy Heart.

“I just wanted to be really honest about how I felt; I realized how foolish it was to think I was the only one to think I was dealing with these issues. When you lay your life out there, a lot of times people say ‘Me too’,” he says. “I wasn’t afraid anymore, I didn’t need anyone’s approval. This record isn’t about me trying to show people anything other than my most honest self, and that it will inspire other people to do the same.”

For more information about Aledo: http://www.thealedo.com

For more information about Onsite: https://www.onsiteworkshops.com