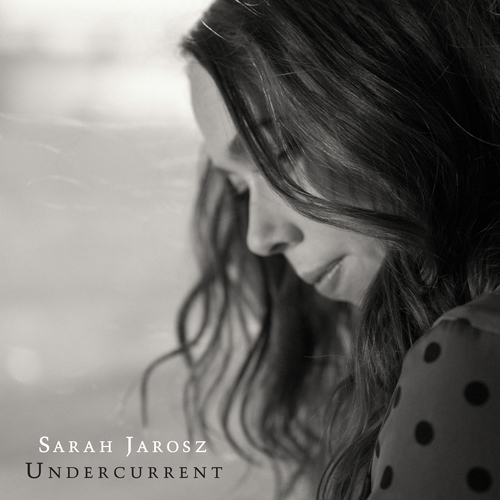 The body of work that is Undercurrent, the latest album from multi-instrumentalist and folk songstress Sarah Jarosz, out today via Sugar Hill Records, is, on its surface delightfully simple.  However, it’s been said that the art of simplicity is a puzzle of complexity, a statement which accurately reflects the core of this stunning record.

The album begins gently, like the first signs of daybreak as the sun peaks hopefully up over the horizon, a sonic landscape which mirrors the song’s subject—acknowledging the difficulty of being with someone and contemplating the idea of moving forward. Album standout “House Of Mercy”, is crafted in an ominous minor key; the tune projects tones of apprehension. The addition of understated male harmony vocals is a lovely accompaniment to the vulnerable melancholy in Jarosz’s voice.

“Everything To Hide”, another standout and this writer’s favorite on the album, is a tale of secret love—“I’ll stand right here and hold my tongue/For all I know, I’m the only one…When I’m with you baby/We’ve got everything to hide.”  Jarosz perfectly captures the intensity of a forbidden connection simmering beneath the surface of a seemingly platonic relationship. Nimble finger-picking is the vessel that carries the voice, adding spine-tingling movement to the music. Though a majority of the album’s songs were written by Jarosz alone, there are a few collaborations, including “Comin’ Undone”, co-written with Americana icon-in-the-making Parker Millsap—the touch of his signature playfulness comes through, lending dynamic energy and spirit.

Production doesn’t get in the way here; there’s no trickery or magic involved. The spare instrumentation allows Jarosz’s sophisticated talent to shine, and makes her emotive voice the star of every track—with Undercurrent, Sarah Jarosz has proven that there is much beauty in simplicity.