Skip to content
The official music video for Sturgill Simpson’s rendition of Nirvana’s “In Bloom” can now be viewed at SturgillSimpson.com;  “In Bloom” is the second song unveiled from Simpson’s highly anticipated new album, A Sailor’s Guide To Earth, which will be released April 15th via Atlantic Records. Each album pre-order comes with instant downloads of “In Bloom” as well as “Brace For Impact (Live A Little).”
Produced by Simpson, A Sailor’s Guide To Earth was written—beginning to end—as a letter to his first child, who arrived during the summer of 2014, and features eight original songs as well as “In Bloom.” 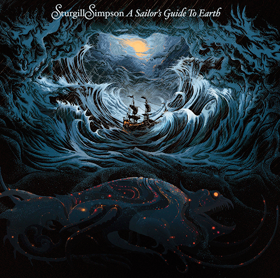