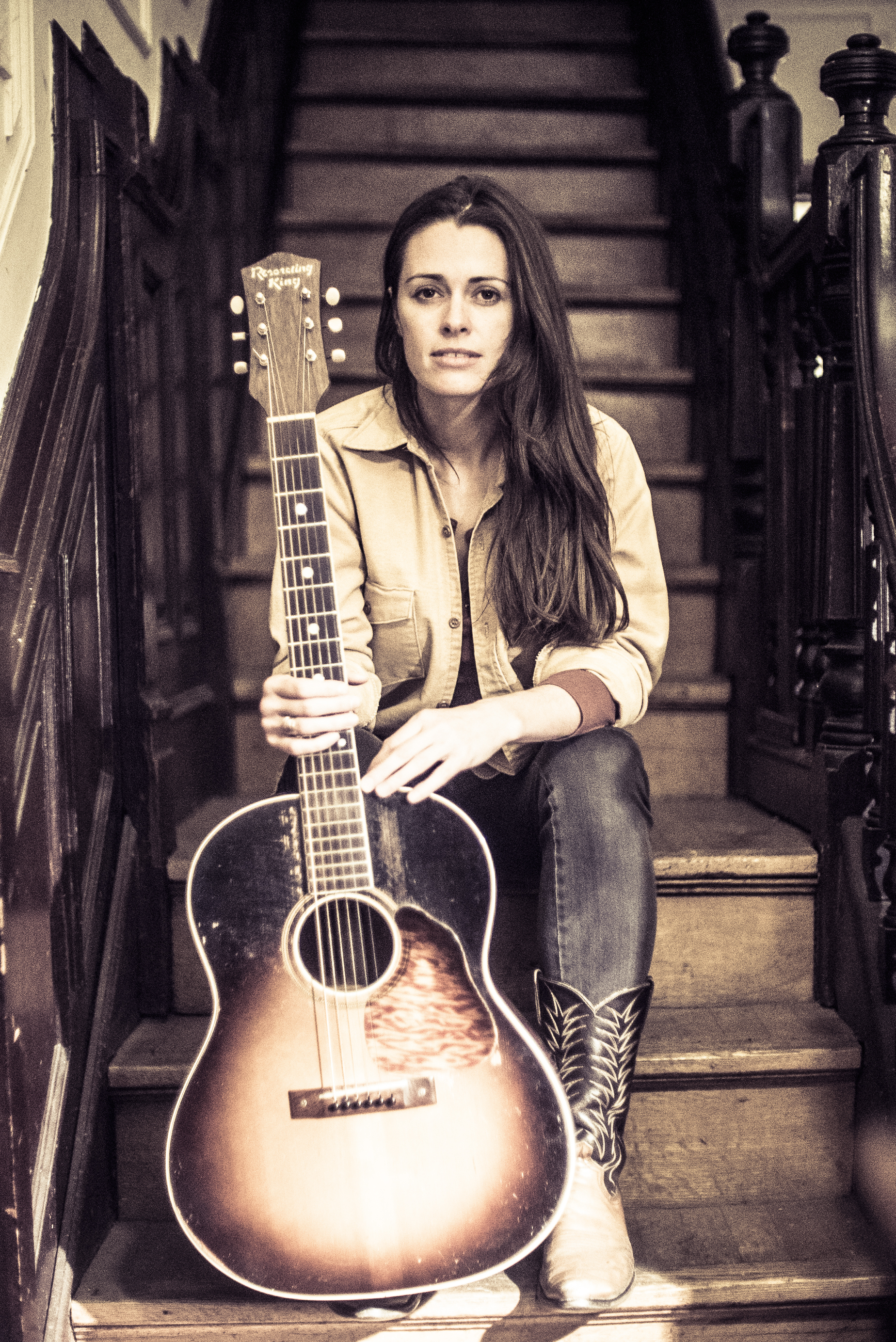 Alt-country artist Caitlin Canty released her newest record, the critically acclaimed Reckless Skyline earlier this year; the album, produced by fellow alt-country artist Jeffrey Foucault was named one of the Best Country Albums of 2015 by UK press outlet The Telegraph, and the track “Get Up” was named one of the Best Songs of 2015 by none other than NPR Music.  Caitlin was gracious enough answer a few questions about the album, her recent move to Nashville, and a horse named Macaroni:
Mother Church Pew:  How do you feel your music and you as an artist have changed or progressed since your last album, 2012’s Golden Hour?
Caitlin Canty:  I hit the road hard after that record, and I tried to collaborate as much as possible with other writers and musicians. I wanted to write songs with a bit more heft and energy, songs that’d be fun to sing every night that I’d still want to be singing in 50 years. Where Golden Hour is quieter and icy like the winter in Maine where it was recorded, Reckless Skyline has more heat, more energy. The songs are desperate at their core and they plead or brag or at least strut around a bit more than mine have in the past. My singing was tracked live so I think it feels more alive, and I was over the moon to be spending days playing my songs with this killer band (Eric Heywood, Billy Conway, Jeremy Moses Curtis, Matt Lorenz, Jeffrey Foucault). We all had a blast making music together and I think that good feeling comes through on the tape.
MCP:  Jeffrey Foucault produced your album, Reckless Skyline. What do you think he brought to the process? In what ways did he influence and shape the music?
CC:  Far as I know, a good producer creates a comfortable space for the musicians feel good and play well, and helps it get done on time and within a budget. And a good producer doesn’t get in the way of the music. Jeff was a great producer – he even cooked for us. He helped me find the right studio and players for this live session, and weed through the mixing and post production.
MCP:  What prompted your move to Nashville? What kind of effect has the city had on you?
CC:  I moved to Nashville in March, left on tour in May, and got back in September. So I can’t really say how it’s affected me yet. I wanted a kinder place to live in and tour from than New York City, I’d been trying to get out of there for about a decade. Nashville is packed with sweet people who also make music. Friends actually get together in backyards and porches and play. And it’s an easy place to tour from.
MCP:  Your guitar is beautiful; can you tell us about the significance of using a guitar from the 1930s? What does it add to your music?
CC:  Thank you! I love my old man. I didn’t plan on getting an old guitar, but when I met this one I couldn’t leave it behind. It sings well with me and has a big V neck and a whole story beaten into it with scratches and nicks. Smells like cigars and a library. When I started out, guitar was secondary to my songs – more a vehicle to the singing or the writing – but once I started playing with this one I’ve felt like each song is a cowrite.
MCP:  What has influenced your style and sound?
CC:  My guitar. My friends. Where I’ve lived and the places I love and miss. Darlingside and Peter Bradley Adams were my first collaborators. Jeffrey Foucault and the band that recorded Reckless Skyline for sure have influenced my sound.
MCP:  You’ve been on tour this summer, do you have any fun stories from the road you’d be willing to share with us?
CC:  I had perhaps my best day off possible in Idaho. Got to ride a horse named Macaroni and help move some cows, later headed up the mine mountain with a woman who’s family once lived on the mountain and worked in the mines, and she took me to some old disintegrating cabins and to see the wildflowers. Then another girl took me fishing. And later that night I sang in the local bar taking requests and drinking ice cold beer. Beat that.

Caitlin Canty – Get Up from Beehive Productions on Vimeo.

One thought on “Interview: Caitlin Canty”