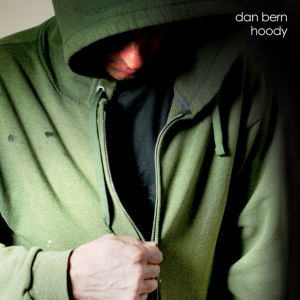 Bob Dylan had a kind of wit that spanned beyond his age and his generation. Wise and political, he flawlessly walked a tightrope of teaching topically without clubbing his listeners with a heavy stick.  Similarly, Merle Haggard pointed out the flaws in the Vietnam War protester, using his country, party voice to speak for a generation.  Both men use their tongue-in-cheek charm to define and reach their generations indirectly, with a sarcastic snarl and a clever gift of gab.

Dan Bern is really not that different in his own right.

Don’t get me wrong, I’m definitely not comparing his legacy to Bob Dylan. I’m also not saying Bern can redefine a scene the way that Merle or Cash did.

They’re not in the same league. But in total fairness, who really is?

What I am saying is that there are flashes of cleverly-mumbled brilliance falling from Dan Bern’s mouth rather often throughout his newest album, Hoody.

His storytelling shines in tracks like “Merle, Hank and Johnny.”  In it, Bern reflects on growing up as a farm kid in the Midwest; as the times changed and he spread his wings, he was lovingly reminded of his roots by hearing the songs of his childhood on the radio, wondering what his own daughter’s “radio songs” will be.  The song illustrates Bern’s unique and creative approach to songwriting. The track also highlights Bern’s band and their ability to hang with the best players in Americana. The banjo and other strings sing beautifully in the breakdowns, building a sound that would fit comfortably at Sunday dinner on a Southern sunroom or the sold-out stage at the Ryman.

Track for track, country living flows from Bern. “Lifeline” touches on the joys of just being alive. “Turn On A Dime” is a confessional love song.  “Late Show” is a peppy pro/con list of the party life and settling down.

Don’t be fooled into thinking that Bern is limited by the charm of his clever lyrics; buried beneath the subtext and his slanted smile are meaningful messages.  The album’s third track, “Welcome,” is a stunning example of Bern’s ability to protest-sing.  The emotion of the track hits a fever pitch as Bern belts “can anyone stand up or are we all just too ground down/we’re just trying to get through the day without getting your ass handed back to you in town.” Touching on the exportation of American jobs, the manipulation and exploitation of our trust, and the swell of violence at home, the track bluntly highlights the widening cracks in the American Dream.  Vintage in a very modern way, the track is lyrically reminiscent of messages Merle, Dylan and Cash championed.

In that aspect, he has my attention. I’m looking forward to seeing what he does with his soapbox.