Album Review: Travis Linville – Up Ahead 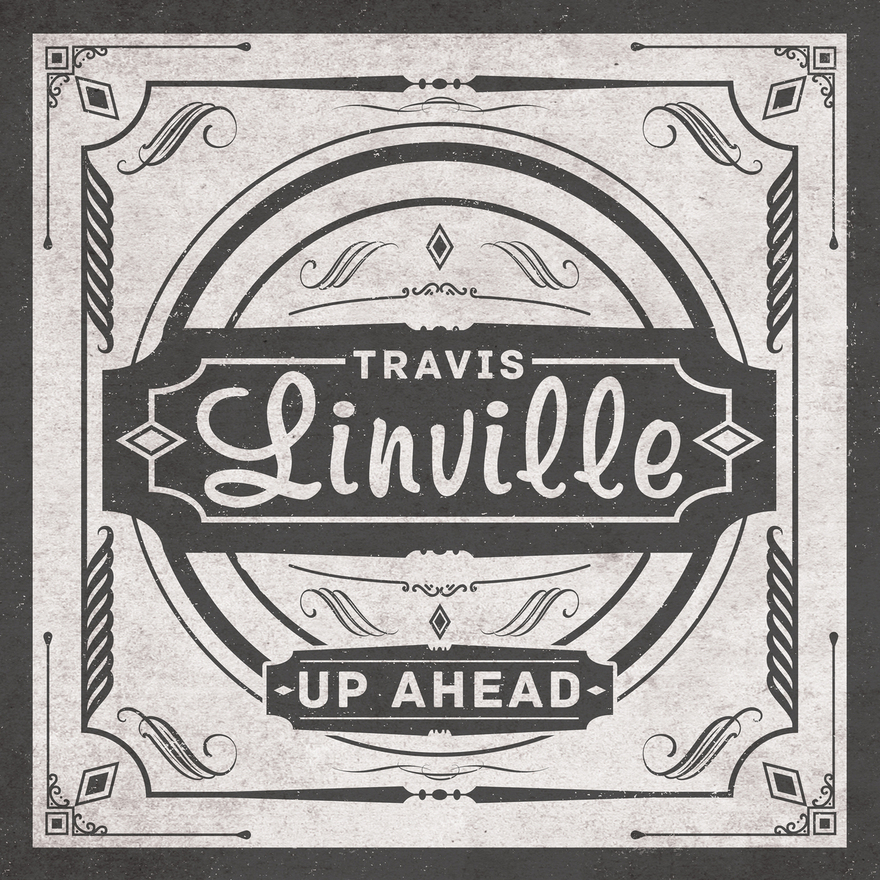 Rarely does an album title so aptly apply to a complete track list as it does for Up Ahead, the forthcoming release from Americana/folk artist Travis Linville; Linville invites us to think of ‘up ahead’ as a question, a direction, and a place in time. Through 10 tracks, he introduces us to stories of longing and decisions to be made—often sad, but with hints of optimism—and takes us on a journey to imagine with him what the future may bring.

Linville is no stranger to the Americana scene, with recent tours including national runs with icon-in-the-making Parker Millsap, and several international dates as a support and band member for Hayes Carll. Linville produced Up Ahead and accounts for all the vocals, guitars, lap and pedal steel, mandolin, and dobro.  In-studio, he was accompanied by veteran artists David Leach (John Fullbright) on upright bass, Ryan Jones (Oklahoma Opry) on keys, as well as two diverse percussionists: Matt Duckworth (Flaming Lips) and Mike Meadows (Kris Kristofferson, Willie Nelson).  The sound is a pure and crisp folksy Americana with some honky-tonk twang shining through.

Album opener “Flowers In Your Hair,” with its upbeat rhythm and light mandolin-picking, perfectly complement Linville’s reminder that even the best memories can leave a yearning that may never be satisfied.  Later, we learn that he doesn’t always see the future as something that needs to be changed.  According to Linville, the record’s title began as a boring joke, but became a meditative analysis of perspective. “Sometimes you can look around and see trouble and hardship brewing all around you and realize to yourself that where you are is a pretty good place,” he says. “Maybe sit out an inning or two and reset.”

“Bar Room,” which combines electric guitar and pedal steel to accent Linville’s melancholy lyrics, and the tenderly-delivered “Waltz Across Lonesome,” break out vintage honky-tonk reminiscent of lonely, bar-stool sitting country legends who sing of drinking to forget the pain. We finish the journey with the minimalistic “Worried Mind,” which allows the listener to focus directly on Linville’s superb vocal delivery, and lets the mind drift in the openness, for better or worse, of the future.

Musically, Up Ahead presents guitar-driven folkicana gems, with flourishes of yearning pedal steel, bright mandolin, and a touch of honky-tonk, the authenticity of Linville’s writing and his masterful delivery a delightful exploration of longing and uncertainty that is offset by hope and perspective. Up Ahead is a stunner.