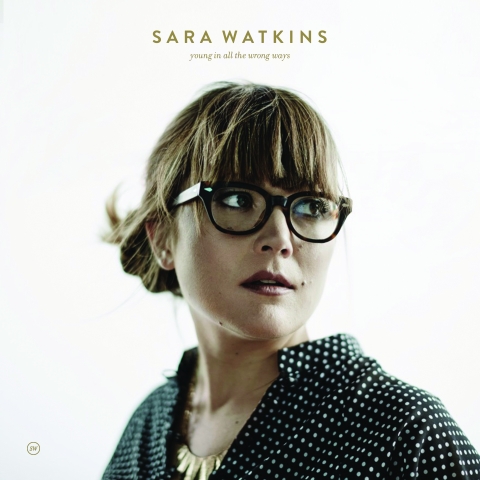 I’ve always had an affinity for Nickel Creek; when Chris Thile headed out on his own, his was the path I followed. Sara Watkins was an impressive fiddle player, but in some oddly-misplaced notion that the fiddle is not a songwriter’s tool, I never listened to her solo work until now—something that was, simply put, dumb.

Young In All the Wrong Ways was a pleasant surprise from the opening notes of the title track right through the very end.  I was first blown away by the strength of Watkins’ vocals when, instead of sharing the space with two fellow bandmates, her beautiful voice is showcased.

The album opens bombastically with the emphatic and percussive delivery of the title track. Southern rock vibes fill the tune via crunchy guitar riffs, slide leads, and well-placed organ flourishes.  It’s this same sound that permeates a great deal of the album—but fans of Nickel Creek, fret not!  Tracks like “One Last Time” recapture the folky vibe and give the listener some time with Watkins on fiddle.

“Move Me” alone is worth the price of the album, and provides such a wonderful musical moment; “The Truth Won’t Set Us Free” features a traditional country shuffle with understated honky tonk piano, a tune which is sure to fill any dance floor with the two-step crowd.

The emotive “Tenderhearted” brings a classic tear-in-the-beer touch to close out the album; delay-laden guitar dances between classic country and modern pop rock, the mixture of which makes both styles shine beautifully.

Watkins has grown up quite a bit since the early days of Nickel Creek, and, as a fine songwriter and musician, she has definitely grown in all realms of her creative landscape.  Young In All the Wrong Ways is a sure to be a classic in all the right ones.