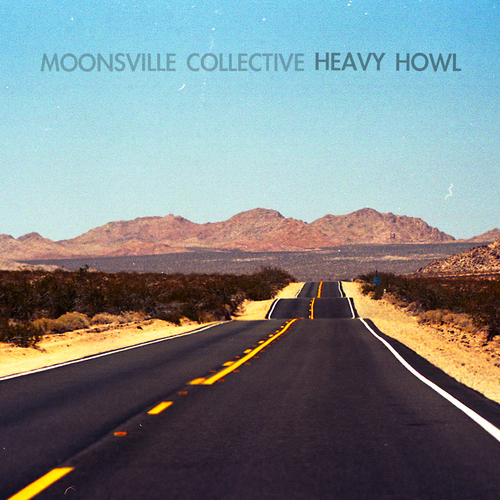 When one thinks of music from the Southern California region, those thoughts probably do not include a string band combining bluegrass overtones with a touch of classic rock. Despite the anachronistic sound, Moonsville Collective brings a fresh, modern feel to their songs and production with their newest release, Heavy Howl.

While there are moments where the group skates dangerously close to cookie-cutter neo-bluegrass on early tracks like “Big Jimmy”, a continued listen reveals that as a nod to the band’s influences. It does not take long before the river of sound widens and Moonsville Collective moves into more expansive songwriting.

One of the most enjoyable things about this band is the trading off of vocal duties and the smooth layering of all of the group’s pieces. Upon a casual listen, everything sounds cohesive and nuanced; however, if you pay closer attention, you can detect each instrument playing its intricate role in making the sound complete.

For comparative reference, I would point to The Band’s catalog of string band-influenced tunes, but that is definitely not the only influence you will hear.  With nearly 5 years of experience under their proverbial belts, Moonsville Collective has created an album that pulls from various sounds and pays each one their just due. I dare you to listen to this album more than once (and try not find yourself singing along to “End of the Line”).