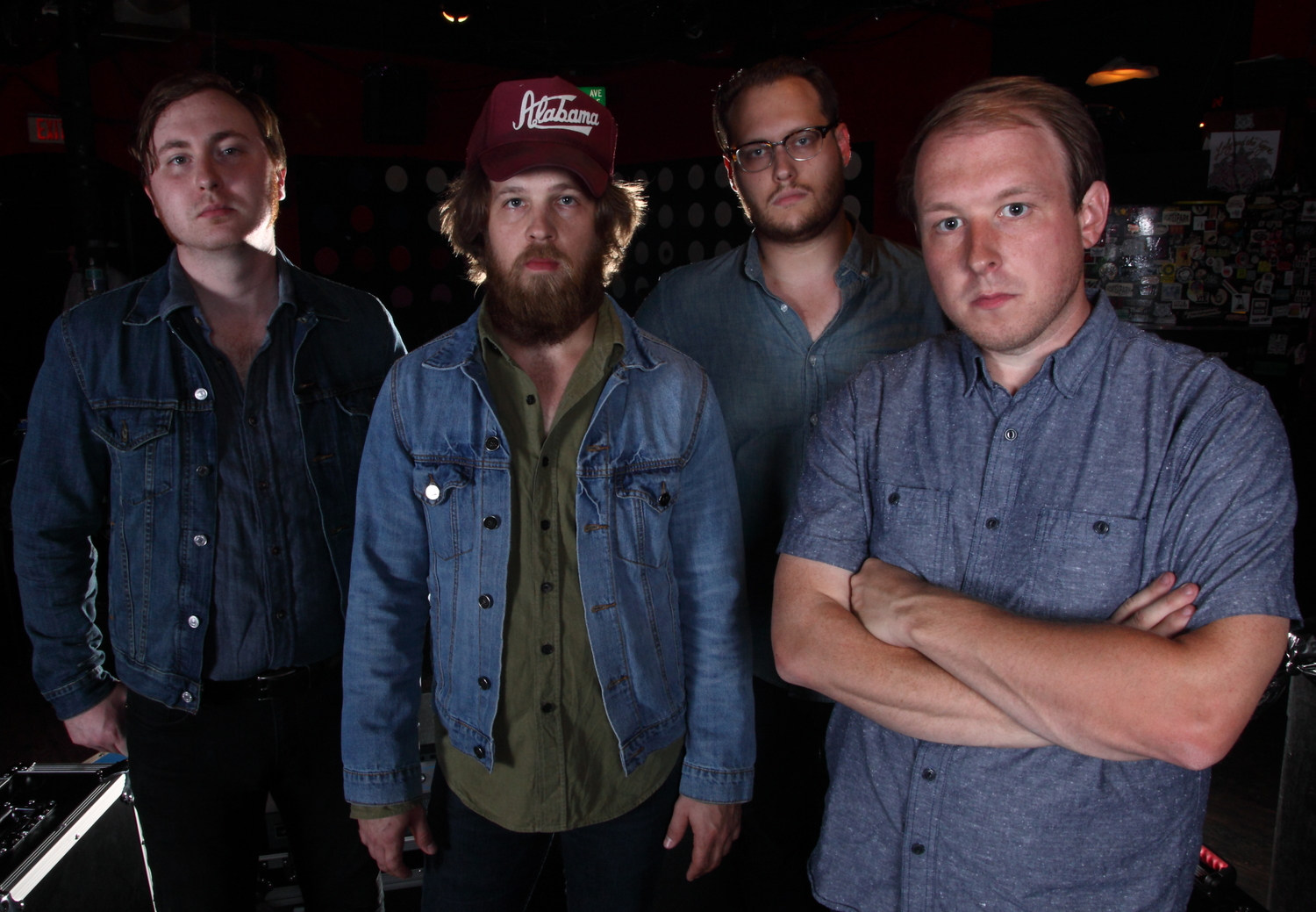 “When you called, I saw ‘Tennessee’ pop up on the cell phone; usually it’s New York, California, or somewhere like that these days and I was like ‘finally! I get to talk to a Southerner,’” says Jay Burgess, in his gentle, easygoing drawl.  Burgess, the frontman of Alabama Americana outfit The Pollies, was at home on a tour break, enjoying his first cup of coffee of the day.

Born and raised in Muscle Shoals, Burgess is one of the many fixtures in the legendary little town that is home to renowned FAME Studios, and has produced songwriting heroes like Donnie Fritts, John Paul White, and Chris Tompkins; I’ve often speculated that there’s something in the water down there.   “If I didn’t live here, maybe I’d understand it a little better,” says Burgess.  “A lot of people have moved here, and after they’ve lived here for a while they’re like ‘I get it.’ I’m still like ‘man, I don’t know why’—Muscle Shoals is weird, there are a lot of great musicians who’ve played with all these amazing artists and played on all these crazy awesome records that we all listen to now, and on any given night, you can go see them play at some hole-in-the-wall bar, playing to 20 or 30 people.  Here’s these great, great musicians playing, and then you’ve got people like me who walk in there and are like ‘Hey, I just wrote a song today.’  It’s a very small town.  It’s a songwriter town. It’s not bad.  Rent’s cheap.”

Burgess first dipped his toes into musical waters when he was in 5th grade; his first instrument was guitar, but he grew weary of having to learn “Mary Had  Little Lamb” when he really wanted to learn songs like “Stairway To Heaven”.  “I didn’t do well,” he says with a laugh.  Shortly thereafter, the youngster’s mother enrolled him in piano lessons–she’d recently gotten a promotion at work and invested in a nice piano just for him.  He began learning and throughly enjoying the classics, but sadly, that journey came to an end as well.  “I found out I was going to have to do a recital, and I was like ‘yeah, I’m not into that’ and I quit.  My mom kept that piano forever.  When she died, I had to lug that thing everywhere, moving to different apartments and stuff.  Finally my uncle let me store it at his house,” he recalls.

Returning to his guitar studies at 18, Burgess made up his mind about what he really wanted to do.  “I told my teacher, ‘Man, I just wanna learn how to write songs.’  He didn’t tell me he couldn’t teach me, he just was like, ‘alright.’  We would sit and learn chord progressions, typical chord progressions.  Then I’d come in, and he’d have a song sitting out that he wanted to learn, and he’d be like ‘if you’ll learn how to play this with me, I won’t charge you for the lesson.’ So I learned ‘Thunderstruck’ by ACDC and shit like that,” he says.  “I became a pretty good player.”

Burgess found work as a hired guitar-playing gun in other bands, when one day, he found himself with some down time. “I had written a couple of songs, decided to write about 12 more, and went to a studio I like.  I had a couple of buddies record with me,” he recalls, and The Pollies prototype was born.  There have been several lineup changes through the years; “I guess it’s to the point now where it’s probably just me, and there are different guys that I enjoy that will come play with me,” he explains.

On September 25th, The Pollies released their acclaimed sophomore LP, Not Here, via Single Lock Records, the Florence, Alabama independent record label founded by John Paul White, Ben Tanner, and Will Trapp.  “I don’t think I could make a record without Ben Tanner,” Burgess declares. “He just gets it.”

The album’s tracks are alt-country selections layered with interesting and experimental textures; “I’ve always been into using different sounds, different noises, to create different feelings,” he says, and explains that the lion’s share of his writing inspiration was derived from heartache, that fateful musical muse.  “When I was 19 I had my first son.  The day after he was born, I went out on the road.  I had my second son when I was 24, ended up getting married when I was 25 or 26; I did all that stuff relatively young.  I had written a bunch of songs for this record, but when I started going through my divorce and all the craziness of it, it was very unlike me to do a lot of the stuff I was doing.  When I started writing again, it was like I had witnessed myself doing all this stuff, it was like I had lived parallel to myself, like I was bystander.  It was easy to write about, it was very good for me too, to get that stuff out.  It’s about losing love and coming to grips with it, figuring out your next move, how to be single again,” describes Burgess, who is always penning new tunes.

“What’s funny is, this record took a long to come out, I started writing it like 3 years ago.  Now, I’m fixing to get married, to a really awesome woman, so I’m guessing the next record will be about love and all that sappy stuff,” he says with a laugh. “People are probably gonna be like ‘Man, I wish Jay would go through a divorce again or something.’”