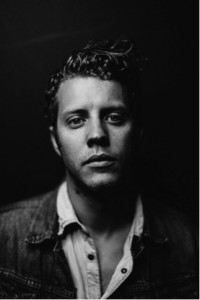 The appearance culminates a breakout year for the acclaimed singer, songwriter and performer since the release of his acclaimed new album, Delilah—first record issued on producer Dave Cobb’s imprint, Low Country Sound/Elektra Records (iTunes). In celebration of the record, Anderson and his band will embark on an extensive headlining tour in 2016. Presented by Paste Magazine, the “Devil In Me Tour” will feature Anderson along with special guests Andrew Combs and Dylan Leblanc, and includes shows in New York, Boston, San Francisco, Los Angeles and more. Tickets are now on-sale at andersoneast.com.

Of Delilah, [http://t..ymlp287.com/mybseaiaemushadauhuafaebhwq/click.php]NPR Music’s Ann Powers asserts, “…a homecoming of sorts for this Athens, Ala., native, whose shoofly pie-sweet drawl and fondness for Wilson Pickett-style shouts fit perfectly within the classic soul settings he and Cobb create…East has a gruff way with phrasing and a lot of youthful enthusiasm, but he’s learning his way into mastery. There’s thought behind every rhythmic push and melismatic twist,” while Yahoo Music declares, “It’s hard to not get excited by this authentic-sounding slice of southern R&B courtesy of Nashville’s Anderson East…No excess, expressive stuff, and the sort of sincere musical statement 2015 sorely needs.” Additionally, earlier this summer, Anderson made his network television debut on NBC’s “Late Night with Seth Myers” performing “Satisfy Me.”

Of Anderson, producer Cobb (Chris Stapleton, Sturgill Simpson, Jason Isbell), comments, “You don’t hear voices like that everyday. The first time I saw him was at the Bluebird in Nashville—he started to sing and shut the place down. And he had the charm and wit to completely hold the audience in the palm of his hand. When I got the chance to have my imprint LCS, he was the first person I wanted to sign. When he sings you can hear the soil and landscape of great southern soul in his voice and he’s a amazing writer as well.”