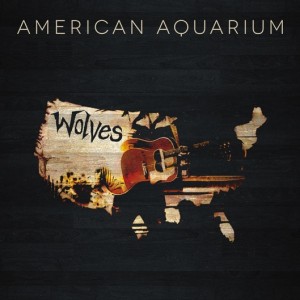 In the early 1980’s many music critics were writing that Tom Petty and the Heartbreakers were the best band in America. As a very young teen I often questioned, scorned the title, and even challenged the taste and sanity of some of those weirdo music critics. As my musical tastes matured, ears opened to new genres, and life experiences expanded I look back and realize that Tom and the boys had a depth and richness beyond my naïve existence back then. To be honest, the praise and accolades were definitely well deserved. I get it now.

I will wholly admit that I am a new fan to American Aquarium. They’ve been around since 2006 and have built up quite a following.  That almost came to an end in 2012.  They went into the studio for what was to be their “break up with the road” swan song album “Burn.Flicker.Die.” They were at a point as a band that had nothing to show for their efforts but mean substance abuse problems and a string of broken relationships which were hard to maintain when playing 250+ shows a year.  They started a Kickstarter program to help fund the goodbye album basically as a Thank You to their fans, but fate, good luck, and hard work have a strange way of changing plans. Suddenly, American Aquarium went from playing gigs in every desolate dive bar, dance hall, and honky tonk, to a smattering of bartenders and a few stoic inattentive regulars, to filling small theaters with 100, then 200, and eventually selling out venues.

The band has basically been in the same configuration since 2008 with one recent addition. For a band that tours so much, it has created a musical bond and skill that is instantly recognizable and cohesive. Long time friend of the band and new rhythm guitarist Colin DiMeo was brought onboard in early 2014 to help round out the sound. This addition has helped add slight changes and expand the group’s sound. This is a band that isn’t just good, but in-sync with one another in a way that would require many bands to be in continual daily practice to get this tight musically.

Wolves, their new album, is about changes.  It is about being sorry. It is about knowing and facing one’s personal demons, making bad choices, finding happiness, taking different paths, broken hearts, and ultimately even finding love. This album must be appreciated in its entirety.  Though strong individual songs appear throughout, this is an album that may be considered not only a break-out album, but a classic that possibly will be highly admired by fans and musicians for many years from now.

Wolves is not classifiable. It sounds perhaps a bit alt-country.  It sounds skewed Americana. It sounds indie rock. Lead singer and primary song writer BJ Barham has a rich baritone voice beget via whiskey, cigarettes, and the circumstances of his North Carolina upbringing.  First-time listeners to this  album, particularly rock listeners, will almost definitely say that this is a country band – but listen deeply. Think of the great bands like, well, The Band. Listen to The Eagles. These are bands that are legendary and even revered in the rock world, and they certainly often sounded country or Americana. Barham’s lyrics, turn of a phrase, and storytelling are rich in depth, substance, longing, and genuine honesty. Imagine a voice that is a mix of Social Distortion’s Mike Ness and The Wallflowers’ Jacob Dylan having a North Carolinian’s brogue; add the road, hangovers, strained relationships, unmet expectations, and a broken heart, and you have a vague idea of BJ Barham’s voice.  All that now seems in the past, for American Aquarium has started to meet their personal expectations, and BJ Barham is happily married and committed to being sober.

One of the most fascinating things one takes from listening to Wolves is that every song is unique. Though Barham’s voice stands out, he injects a fascinating flavor in each with pace, timing, timbre, and turn of phrase that harkens to virtuoso versus formulaic. The stark and immense differences that each individual song has points to marks of a group that is bordering on creative genius. The rock-solid and talented rhythm section of Bill Corbin and Kevin McClain hold the foundation, the guitar work of Ryan Johnson and the aforementioned Colin DiMeo create an energy and pulse that can go in any direction necessary, and the emotive melodies on keys by Whit Wright make a strong case for comparisons to Benmont Tench, who also just happens to play pedal steel.

The band has released three videos from the album: the achingly honest ballad, “The Man I’m Suppose to Be”, and Barham’s honest lament that he’s not perfect, “Losing Side of 25” about not exactly following the accepted societal path to so-called success and happiness, and the title track, “Wolves”, which basically wraps up the last 9 years of composure Barham’s life story in one song. “Wolves” by far is the one that sticks out as a personal favorite but there are more. Three others not mentioned that I particularly like are “Family Problem”, “Wichita Falls”, and “Old North State”, which Barham succinctly was able to place the North Carolina state toast into the chorus. (As a side note, North Carolina is the *only* state with a state toast…I’m looking at you Wisconsin).  I may not have pointed out the other four songs on this album, but let me tell you, they are fantastic.  Wolves is an album with no filler or throw-away songs, absolutely one of the most complete albums in an era that believes in downloads–and that’s a shame.

Wolves is not only worth a listen but is worth your hard-earned money. Play it and people notice and ask, “Who is that?” BJ Barham is in rarified air here as a songwriter, as this may be his personal Nebraska (a la Bruce Springsteen) or, as mentioned above to bring things full circle, Damn the Torpedoes (a la Tom Petty and the Heartbreakers). I could not have imagined a year ago after receiving Sturgill Simpson’s Metamodern Sounds in Country Music that I would find another go-to album for driving in my car that I have to put away every once in a while. Pleasantly, surprisingly, I have to eat my words and say, “Thank You BJ and American Aquarium! I have more fantastic driving music!” It probably is not going to happen, but I could most definitely see Wolves as being a Grammy-nominated album.  Readers, take a chance; step outside of the box, rock listeners, Wolves is worthy of your time.  It’s a future classic.